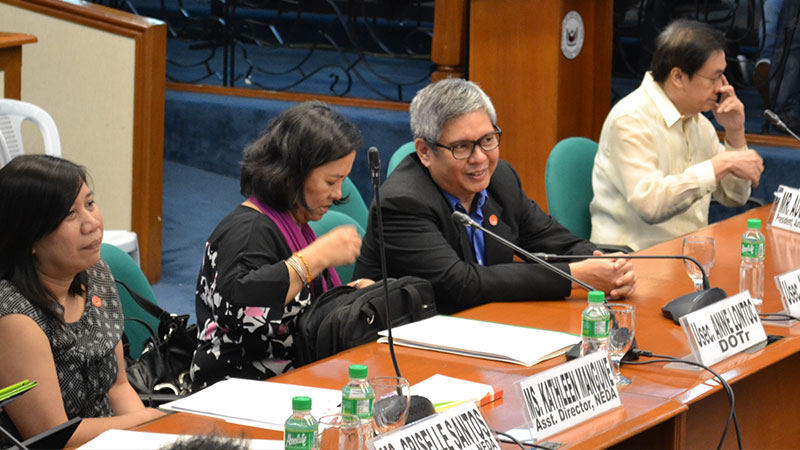 Transportation Undersecretary Anne Lontoc told senators in a hearing on Thursday, August 25, that Filipinos will “feel drastic changes…by 2018 or 2019” as emergency powers for the Chief Executive would allow the speedier completion of major infrastructure projects.

“Based on our infrastructure plans, you will feel drastic changes in the latter part of 2018 or 2019,” Lontoc said in response to a query raised by Senator Manny Pacquiao on when Metro Manila traffic will improve under the proposal. (READ: Art Tugade and his inherited headaches)

Transportation Undersecretary Noel Kintanar said emergency powers will enable the quicker implementation of the Department of Transportation’s (DOTr) over P207-billion worth of infrastructure projects.

With emergency powers, Kintanar said the DOTr can act faster in acquiring right-of-way for the construction of its planned infrastructure projects.

For short-term deals, Kintanar said the DOTr has earmarked P150 billion for rail projects, about P2 billion for air, and around P54 billion for land.

“We are continuously evaluating these projects, so this is a moving estimate,” Lontoc added. (READ: 5 failed, shelved PPP projects under Aquino admin)

Projects that are tabled for implementation include the LRT1 Cavite Extension, LRT2 operations and maintenance, LRT Line 4, LRT Line 6, Metro Rail Transit (MRT) Line 7, and the extension of the Philippine National Railways (PNR) to Clark, Pampanga, and to Los Baños, Laguna.

The DOTr also plans to revive a proposed subway project that is seen to connect the cities of Makati, Pasay, and Taguig, and a standard train or connector road from NAIA to Clark in Pampanga.

“There is a need to integrate traffic enforcement through a law,” Gardiola added.

Senator Grace Poe, chair of the Senate committee on public services, told the transportation, MMDA, and HPG officials that they should “show improvements first” before the grant of emergency powers. 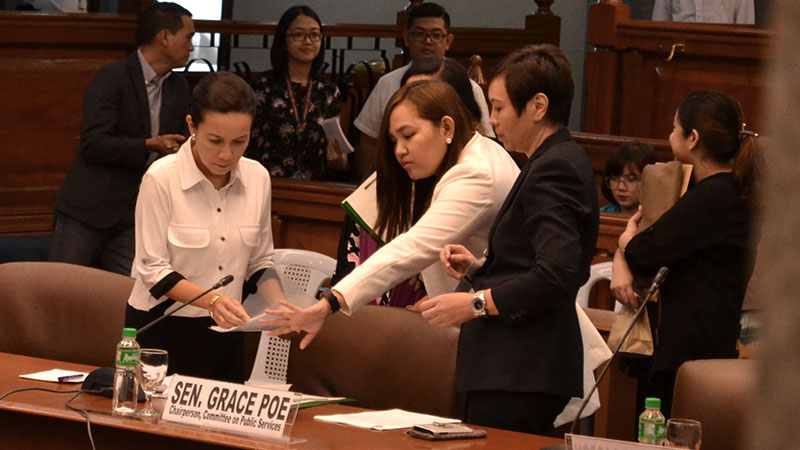 “It should be simultaneous. For the local government, they should eradicate illegal parking to help address traffic,” Poe said in Filipino.

While waiting for the emergency powers, the DOTr, MMDA, HPG, LTO, and LTFRB will communicate with each other by splitting Metro Manila into at least 10 traffic sectors.

Each area will have a sectoral head, informing all agencies of the traffic problems in that area.

Gardiola, however, said cooperation of LGUs cannot be secured without emergency powers.

With an ideal road network of 8,200 kilometers, Poe said Metro Manila is “only at 5,220 kilometers.”

“This means that we lack around 3,000 kilometers of roads, which is roughly the distance between Manila to Tokyo (in Japan),” she added.

EDSA only has a capacity of 6,000 vehicles per hour in each direction.

Poe has given the DOTr  two weeks to submit a detailed plan on why it needs emergency powers.

For now, the senator said the committee cannot determine yet if emergency powers are needed to solve the traffic problem.

“We can’t say yet until they submit a detailed plan on what issues will be addressed and what projects will be implemented faster by emergency powers,” Poe said in Filipino. – Rappler.com