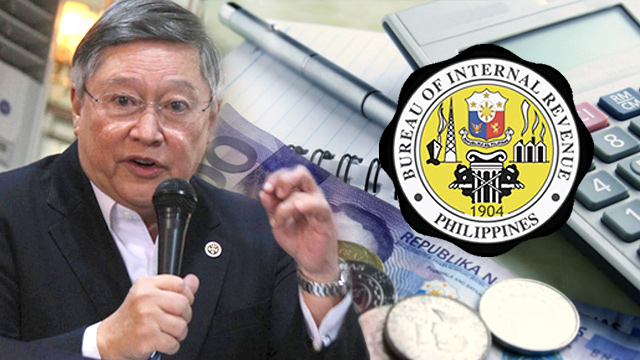 Dominguez said on Wednesday, September 14, that the Duterte administration’s plan to lower the personal income tax rate to 25% from 32% excludes those with annual earnings of P3 million and above.

At the oathtaking of finance officials at the main office of the Land Bank of the Philippines, Dominguez said the government plans to hike the personal income tax rate of those earning over P5 million per year to 35% from 32%.

“Meanwhile, those who are earning P3 million ($63,142) to P5 million will still have the same tax rate, at 32%. For those earning less than P3 million a year, their tax rates will be lower, they will get a tax break,” he said.

The finance chief had said on previous occasions under the new administration’s tax reform plan, “the rich will have to pay more in taxes while the vulnerable sectors of society will be protected.” (READ: Dominguez bares tax reform plans to businessmen)

Tionko also said that under the new plan, the number of tax brackets will be reduced from 7 to “about 5 or 6.” She said the DOF is still calibrating the tax brackets for the new tax rates.

The government is estimated to lose P159 billion from its proposed reduction of personal income tax rates in the lower tax brackets in the first year of implementation, but is eyeing P368.1 billion in net revenues from its proposed tax revenue package. – Rappler.com