MANILA, Philippines – For the first time in a decade, the Philippines slipped 10 notches in the World Economic Forum’s (WEF) annual competitiveness ranking.

The Philippines’ ranking dropped in 8 of 12 pillars cited in the survey, including goods market efficiency, technological readiness, innovation, and infrastructure. 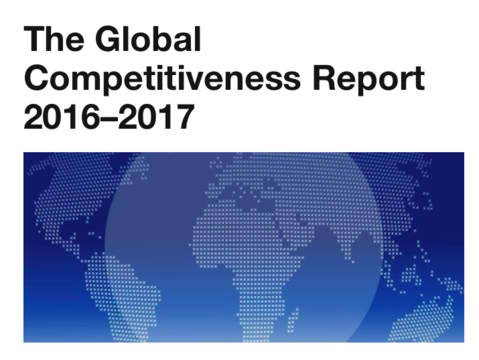 In the 2016 GCR release, the Philippines dropped in 8 of the 12 pillars of the survey.

The country also recorded declines in its rankings in infrastructure (down 5, to 95th from 90th); labor market efficiency (down 4, to 86th from 82nd); and market size (one notch down to 31st from 30th).

“It is, of course, disappointing to experience this fall in spite of all efforts to improve competitiveness,” Guillermo Luz, private sector co-chairman for the National Competitiveness Council (NCC), said in a statement.

“Our score dropped minimally…but it was enough to bring us down by countries. The world is so competitive that even small changes make a big difference in ranking,” Luz added.

The drop in rankings brings the Philippines “farther away” from its intermediate goal of being in the top third of global rankings, said the NCC official.

“We will need to focus even more on our challenges – bureaucracy, infrastructure, technology, and innovation – to make the country more competitive,” Luz added. On the positive side, the Philippines gained in 3 pillars: higher education and training (up 5 notches, to 58th from 63rd); health and primary education (up 5, to 81st from 86th); and macroeconomic environment (up 4, to 20th from 24th).

The WEF said in its 2016-2017 report that the Philippines is in the “flat zone” of the ranking, where many countries are very close to each other in terms of scores.

The flat zone is where a small variation in the score can result in a big rank shift.

Despite the drop in the survey, WEF still considered the Philippines as one of the 3 most improved economies in Asia and Pacific since 2007, along with China and Cambodia.

The Switzerland-based WEF said data gathering was conducted before elections.

WEF-GCR provides a comprehensive picture of productivity and competitiveness by gathering statistical and survey data on over 114 indicators grouped into 12 pillars across 138 countries. – Rappler.com