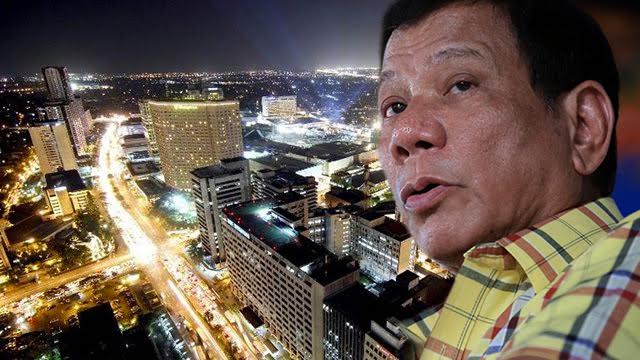 MANILA, Philippines – Despite a weak global economy, the Philippines will remain among the most dynamic economies in East Asia and the Pacific, the World Bank said, thanks to an expanding middle-class, remittances from overseas Filipino workers, and jobs expansion.

In its report entitled Outperforming the Region and Managing the Transition, the World Bank retained its Philippine economic growth forecast this year at 6.4%.

The World Bank also sees the Philippine economy growing 6.2% in the next two years.

It even noted that the Philippine economy could surpass forecasts if the government ramps up spending on public infrastructure as planned.

In 2017, 40% of the planned government spending on infrastructure will be for roads, railways, seaports, and airports, the report showed.

“This can boost a large segment of the economy including industrial activities, real estate, construction, and tourism,” the World Bank said.

In the first half of the year, the Philippine economy grew 6.9%, outperforming regional peers such as China, Indonesia, Malaysia, Thailand, and Vietnam.

Domestic consumption will “continue to prop up the economy” with the Duterte administration promising continuity of macroeconomic policies, said World Bank lead economist Birgit Hansl in a statement.

“Many reforms are being unveiled, specifically on tax policy and administration, the tracking of government spending, security of land tenure, ease of doing business, and restrictions on foreign participation,” Hansl added.

“But as policy details are still being discussed, some businesses might remain cautious. The completion of the new Philippine Development Plan this year will provide more clarity on the government’s development priorities and further improve the country’s growth prospects.”

Optimistic with risks to the upside

Over the near term, the World Bank said it sees the country benefiting from the completion of several large public infrastructure projects, which are expected to boost private investment.

The country’s annual economic growth could exceed the 6.2% currently forecasted for 2017 and 2018 should the government address remaining budget-execution bottlenecks in the next few months, according to the World Bank.

While the near-term outlook is highly positive, however, the World Bank said the country faces medium-term risks, like potentially higher interest rates in the US and EU as well as lower remittance inflows.

These medium-term risks also include the “persistent vulnerability of the country’s agricultural sector, unresolved constraints on private investment, as well as lack of competition in major sectors and structural deficiencies in the business environment.”

“Poverty will decline faster if the returns from economic expansion are invested in building human capital by strengthening health, education, and social protection,” Warwick said.

“Currently, the poor are concentrated in the agriculture sector, where increases in productivity would generate higher incomes for rural dwellers. Achieving this will require a comprehensive rural development strategy, which is among the priorities of the current administration,” she added. (READ: ‘Filipinos are working hard but remain poor’ – World Bank) – Rappler.com