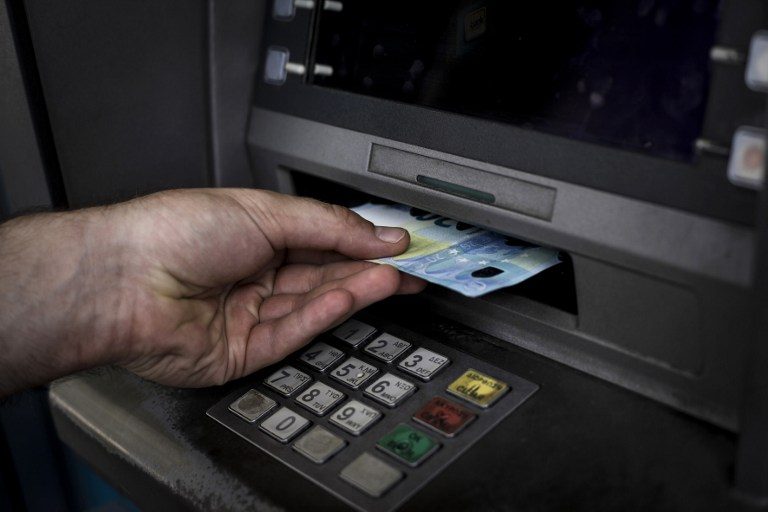 European banks’ weakness looms especially large on the horizon as a threat to the global financial system, with thin margins and a dangerous amount of bad loans, the crisis lender said.

That includes Deutsche Bank, the German giant facing investor jitters and a US legal complaint expected to result in a multi-billion-dollar settlement that could strain its foundations.

But a record level of sovereign and corporate debt will make it even harder for banks to clean up their balance sheets and support economic growth, the IMF said in a review of global financial and fiscal risks.

“High debt levels are costly as they often end up in financial recessions that are deeper and longer than normal recessions,” he said.

Moreover, “excessive private debt is a major headwind against the global recovery and a risk to financial stability.”

The IMF said there was widespread weakness in banks, retirement funds, and insurance companies, the result of years of slow economic growth and ultra-low interest rates, which have pared their profit margins to the bone.

Governments need to boost growth and help clean up the finance sector without overly tacking on more debt of their own, it said.

But even then, in advanced economies, 25% of banks, holding $11.7 trillion in assets, would remain weak even in a cyclical economic recovery. The solvency of many life insurance companies and pension funds is threatened by the prolonged period of low interest rates.

“Since the start of the year, the market capitalization of advanced economy banks has fallen by almost $430 billion, increasing the challenge of addressing banking system vulnerabilities, particularly for weaker European banks,” the IMF said.

The Fund said banks urgently need to shed problem loans and updating business models, it said, predicting a shakeout of the industry in some areas.

The problems of Deutsche Bank have loomed large over markets in recent weeks. The IMF in June said the German lender could be Europe’s largest contributor to systemic risk, and that was before US authorities demanded $14 billion from the bank to settle charges over marketing toxic mortgage securities.

Peter Dattels, the IMF’s deputy director for monetary and capital markets, told reporters Wednesday that Deutsche Bank was among the banks which needed to adapt and “to convince investors that its business model is viable going forward and that it has addressed the risks” of litigation.

“In that context, we’re confident that European and German authorities are monitoring the system to make sure the financial system remains resilient,” said Dattels.

But banks will have trouble cleaning up their books in an environment of record debt issued by governments and non-financial companies.

Public and private debt – excluding the financial sector’s – at the end of last year hit $152 trillion, with around two-thirds owed by the private sector, the IMF said in its Fiscal Monitor report.

The easy money policies of the world’s top central banks has fed the problem, stoking a private-sector credit binge in China and rising public debt in some low-income countries.

The IMF called for deleveraging, while noting that the process is effectively a drag on growth, reducing spending and investment.

“For a significant deleveraging to take place, restoring robust growth and returning to normal levels of inflation is necessary,” it said. – Rappler.com