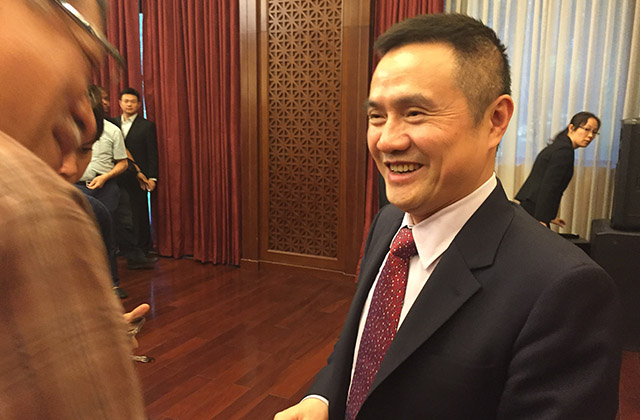 MANILA, Philippines – The Philippines and China agreed to resume a trade dialogue through a joint commission after a 5-year hiatus, a Chinese ministry of commerce official said Tuesday, November 15.

Wu Zhengping, director general of the Department of Asian Affairs of China’s Ministry of Commerce, said the two countries “decided to resume” the Joint Commission on Trade and Economic Cooperation (JCTEC) between them by early 2017.

In a media briefing at the Chinese embassy in Manila, Wu said the JCTEC “hasn’t had this meeting for nearly 5 or 6 years.”

Wu also said the two countries “agreed to sign a 6-year development plan in the areas of trade, investment, and economic cooperation” in connection with the 28th JCTEC meeting next year.

Wu pointed out that Chinese companies have shown much “sincerity” about the Philippines.

Wu is visiting the Philippines for meetings with Philippine trade and economic officials.

He said the meetings “proved to be very fruitful and successful.”

Wu’s visit comes after President Rodrigo Duterte’s recent trip to China. During this trip, Duterte sought to attract Chinese trade and investments to the Philippines as he downplayed Manila’s legal victory against Beijing over the West Philippine Sea (South China Sea). – Rappler.com