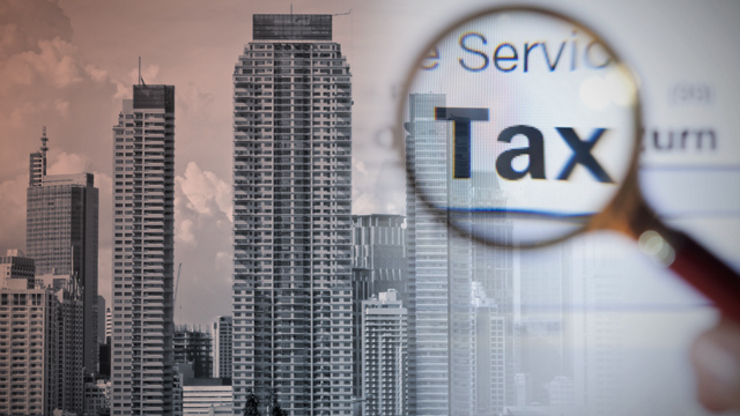 MANILA, Philippines – One in every 2 cities in the country has not fully realized local revenue potential after long years of cityhood, the Department of Finance (DOF) and Bureau of Local Governance Finance (BLGF) showed in their latest tax watch ad released Wednesday, June 25.

Out of 144 cities in the country, 115 have been cities for more than 10 years. These cities still rely less on their locally sourced income, DOF-BLGF said.

“Among local governments, cities have the most taxing powers to generate local income to fund basic services,” DOF-BLGF pointed out.

Like most provinces, the IRA and other national government revenues make up most of cities’ income, the tax watch ad showed.

The average net share of local income to the annual regular income (ARI) of cities in 2013 was 30%.

Out of 144 cities, there were 74 whose local income was less than 30% of their ARI last year, regardless of the number of years of cityhood.

Meanwhile, there were 57 cities whose local income was less than 30% of their ARI, despite more than 10 years of cityhood. 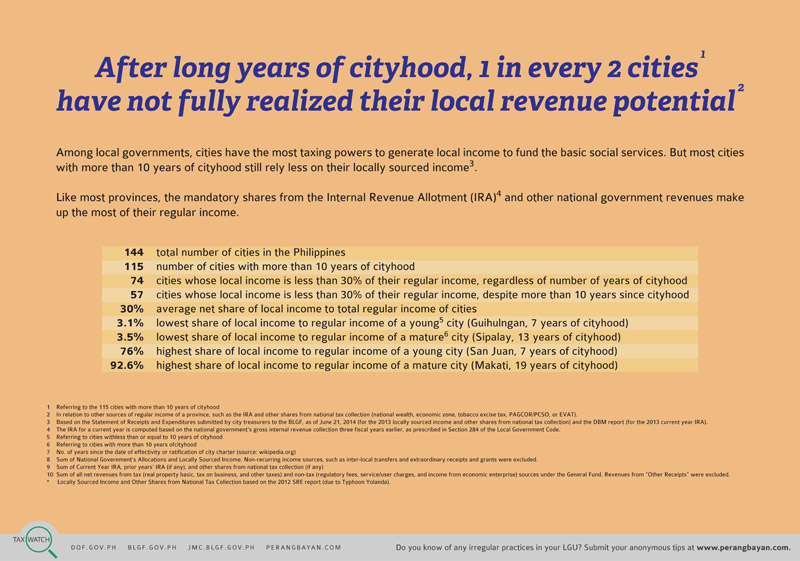 The amounts were based on the statements of receipts and expenditures (SREs) submitted by the city treasurers to the BLGF as of June 21, 2014 (for the 2013 locally sourced income and shares in national tax collection) and the Department of Budget and Management report (for the 2013 IRA).

The 2012 SRE report was used for cities and provinces hit by Super Typhoon Yolanda.

Like in its previous tax watch ads, DOF-BLGF stressed that when local government units collect low revenues, they fail to maximize their capacity to spend on basic services for their people.

Meanwhile, the League of Provinces of the Philippines slammed the DOF-BLGF for its tax watch ad released June 18. The league said provinces are not living off the national government allocation and that the IRA is constitutionally due them. – Rappler.com