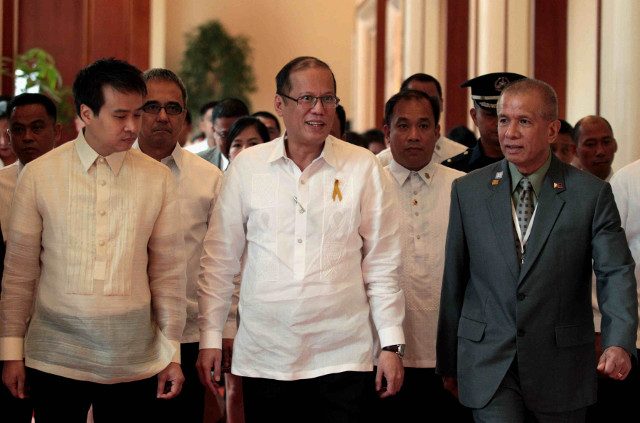 These signs reflect an economy that is moving forward, something that attracts foreign and local investors, according to movers and shakers of the business sector.

As another year rolls out, what do business leaders look forward to?

Rappler raised this question to several business executives across industries, and here’s a curated list of their wishes for 2015: 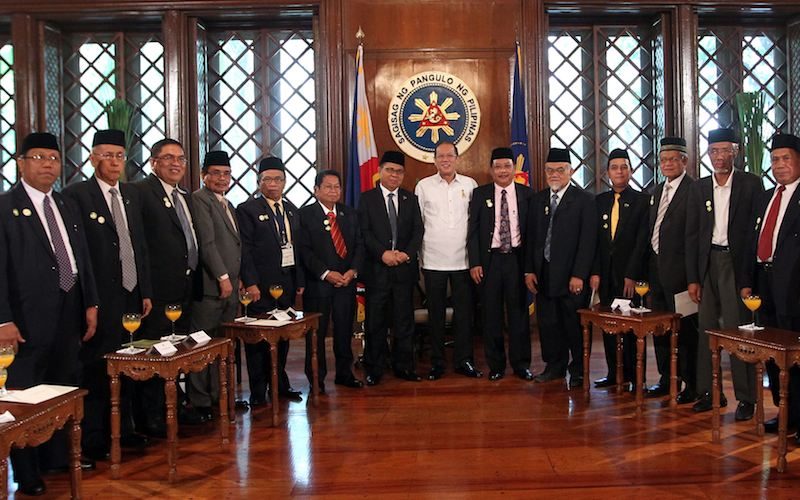 A peaceful country will sustain the country’s growth for the past few years said Alfredo Yao, president of the Philippine Chamber of Commerce and Industry (PCCI).

A combination of internal and external challenges to peace contributed to its lowered ranking, among them, “notable increases in terrorist activity” in 2012 and its dispute with China over the West Philippine Sea (South China Sea).

Businessmen not only wish for stability at home. Tensions happening in other parts of the globe will have a repercussion on the business climate in the country.

“We are not an isolated island living alone,” said Delfin Wenceslao Jr, chair and president of DM Wenceslao & Associates.

A foiled car bomb plot at the Ninoy Aquino International Airport (NAIA) in September 2014, which was reportedly part of an attack on Chinese interests in the country, bit local budget airlines. It prompted China to issue a travel warning on the Philippines. 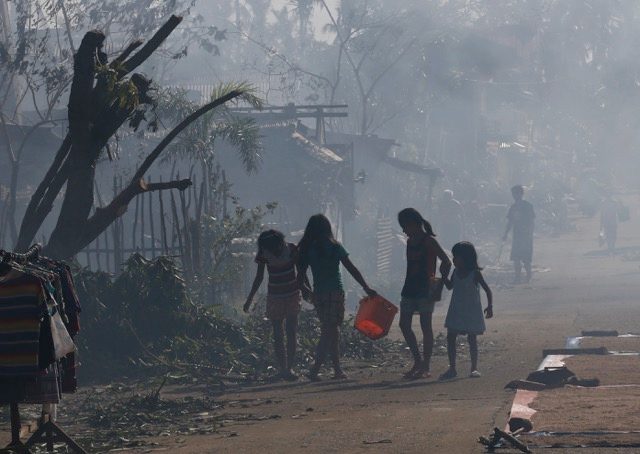 Even as business leaders, like Ayala Corporation’s managing director John Eric Francia, hope for lesser natural calamities this year, the say the next thing they could look forward to is a disaster-resilient country.

In 2014, the Philippines went through a series of weather disturbances – Typhoon Glenda in July, Typhoon Luis and Tropical Storm Mario in September, and Ruby and Seniang in December.

The natural calamities damaged an estimated P11.37 billion ($252.19 million*) worth of cultivation areas, based on separate figures released by the Department of Agriculture.

In contrast to calamities in 2013, with Super typhoon Yolanda (international name: Haiyan) being the worst which killed more than 6,000 people, the Philippines recorded less casualties in 2014.

“If we trained more rescuers, there will be lesser victims because they would be aware on the effect of disasters. The snowball effect would be a community prepared in times of disasters,” said Sandra Sanchez-Montano, vice president for International Affairs of Community Health Education Emergency Rescue Services (CHEERS) Corporation.

Other sectors are hoping for another kind of risk reduction. The country’s association of credit card companies wished that 2015 would be a year of lesser banking risks.

The Credit Information Corporation (CIC), a state-run centralized credit information system, is expected to operate next year, according to Alex Ilagan, executive director of the Credit Card Association of the Philippines (CCAP).

“This will enable banks to more effectively mitigate risks in issuing cards to a broader segment of the population,” Ilagan told Rappler. 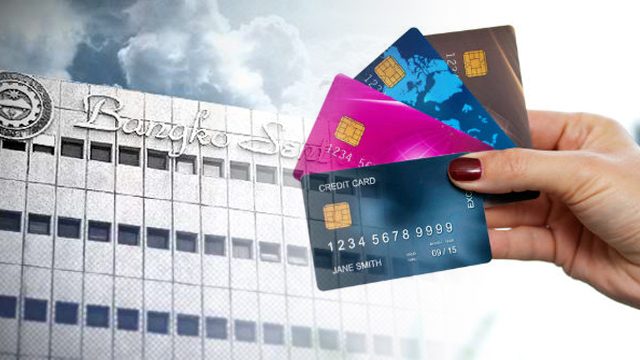 Ilagan is also looking at the positive effect of the burgeoning e-commerce industry to credit card companies.

“It will induce more people, especially among the younger generation, to acquire a credit card as a safer mode of payment online compared to debit cards linked to a deposit account,” he said.

More and more Filipinos are expected to transact through credit cards, as against debit cards and actual cash.

Credit cards in the Philippines, so far, are the only banking cards which use the Europay, MasterCard, and Visa chip system.

ATM cards still use the less secure magnetic stripe, which has been a target of skimming activities. 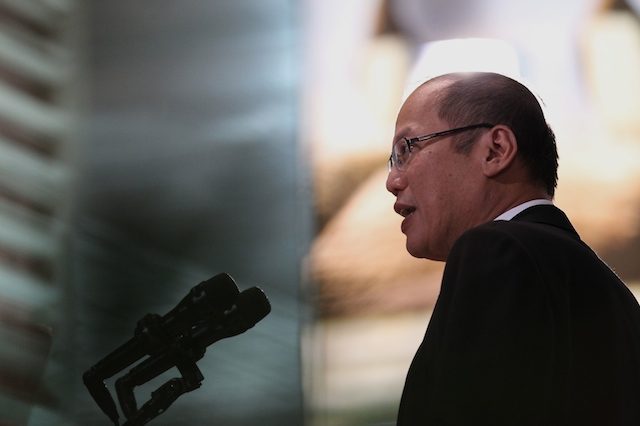 2015 marks the last full year of President Aquino’s tenure, and business leaders have a wish for him: to not politicize decisions.

“The government should actually start understanding the fact that it’s already at the end of its term, so it should not be politicized. It must do what’s the right thing to do for the country,” said Arthur Tan, president and CEO of electronics exporter Integrated Micro-Electronics Inc.

In late 2014, the business community and international groups were divided over the Palace’s decision to rebid the Cavite-Laguna expressway project (CALAX) under the government’s public-private partnership (PPP) scheme.

The PCCI favored the move, saying it would maximize “economic benefits” of the government from the PPP, while New York-based think tank Global Source Partners said the rebidding could prove PPP schemes as disastrous.

The Palace rebidded CALAX after a San Miguel subsidiary was disqualified from participating in the procurement process. San Miguel – chaired by the President’s maternal uncle, Eduardo Cojuangco Jr – had asked for a review of the bidding. 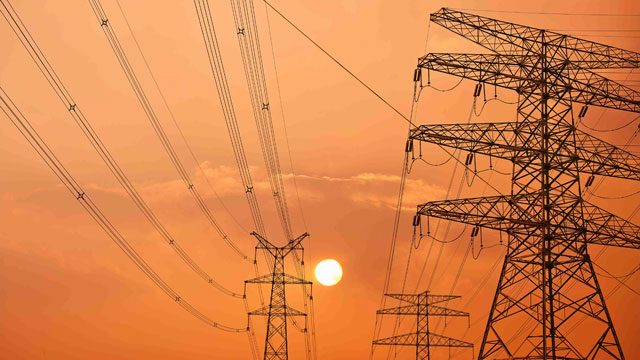 Industry leaders have noted that the government has a long-term plan to address the power demand in the country, as laid in the Philippine Energy Plan.

But electronics manufacturers are asking the government for an updated energy independence agenda.

“We need to update our (Philippine Energy Plan) to reflect those and to be more accountable when developers say they’re behind schedule. [We should] be more proactive in coming up with solutions rather than wait until [we] have a looming power shortage,” said Dan Lachica, president of the Semiconductors and Electronics Industries in the Philippines Inc.

Lachica said the country needs to mitigate power shortage in the summer of this year, as it will cut the momentum of the exports sector which has just rebounded in 2014.

“When you have a power glitch, hundreds and thousands of dollars are wasted on scrapped parts,” Lachica told Rappler.

Vietnam is the Philippines’ formidable competitor in shipping semiconductors, in December 2014, attributed to lower incidence of port congestion and power cost, according to Lachica.

Businesses’ outlook on the economy has increased over the years, despite  challenges.
From 2004 to 2014, confidence among the business sector was at its lowest at -23.9% in 2009.
Last quarter’s index stood at 48.3%, higher than 37.8% at the start of 2014.
The Bangko Sentral ng Pilipinas pointed out that the favorable macroeconomic conditions in the country, “particularly, stable inflation and low interest rates, sustained foreign investment inflows, and the steady stream of overseas Filipino remittances” are the reasons why businesses are more optimistic now than ever.
In March 2014, the government signed a peace agreement with the Moro Islamic Liberation Front (MILF) after nearly two decades of talks.
The peace deal aims to shift the locus of power from the central government to the envisioned Bangsamoro political entity – correcting historical injustices to end 4 decades of armed struggle that has cost the lives of about 120,000 people. (INFOGRAPHIC: The Bangsamoro peace deal at a glance)
Two months after, Standard & Poor’s raised the country’s investment grade status from BBB- to BBB. The agency cited its revenue generation gains, spending efficiency, and improvements in its debt profile and investment climate.
While it performed well based on global score cards, the country also saw the second fastest economic growth in Asia at 6.4% in the second quarter – even if it had just recovered from the impact of natural disaster in the previous period.
Reflecting from positive gains this year, the National Economic and Development Authority (NEDA) said the country learned its lessons: good governance is an effective platform, macroeconomic and political stability fuels positive expectation.
By-end 2014, Moody’s Investor Service upgraded the Philippines’ credit rating by one notch from the lowest rank of Baa3 to Baa2. It praised the government’s fiscal management and its capability of standing up to “global pressures” affecting emerging markets.
Also in December 2014, the Philippines improved in 7 of 12 global competitiveness rankings, with the highest jump by 53 notches in the World Bank’s Ease of Doing Business report.
The positive performance in most global scorecards, could translate to better trust among the private sector, according to the National Competitiveness Council Philippines.
As to what they look forward this year – peace, contained risks, flourishing e-commerce, non-partisan economic decisions, and dynamic energy soultions – the going sentiment is for the country is to move forward.
“I think I have the same wishes as I had in many years: a sustainable economy,” said Yao. – Rappler.com