DTI: Business picking up outside NCR 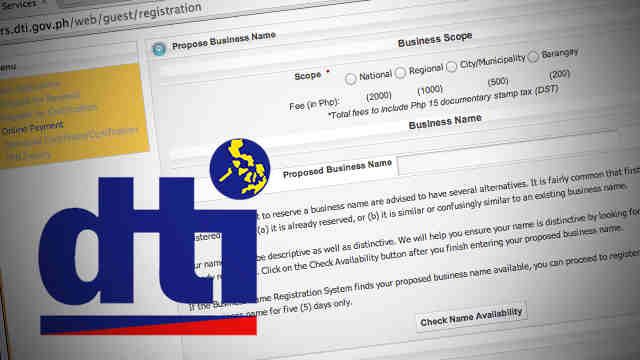 MANILA, Philippines ­– Business outside Metro Manila has been on the upswing since the Department of Trade and Industry (DTI) launched its online Business Name Registration System (BNRS) in early 2014, government data showed.

For this year, Region 4A. the CALABARZON region, has recorded the highest number of business name registrations with 8,728 new and 1,392 renewal transactions, or 18% and 16%, respectively, of total registration.

This is the first time in the history of the BNRS that the largest number of registration was recorded outside National Capital Region (NCR), noted Trade Undersecretary Nora K. Terrado.

“We are pleased that our goal to equally drive business opportunities in the country’s regions is now being realized,” Terrado  said.

In addition to the BNRS, DTI launched the online early renewal of business name registration through the Business Name Registration System (BNRS) website on November 24, 2014.

The initiative gives sole proprietors the ability to process renewal of business name registration 3 months before its expiration.

A total of 4,757 online early renewal transactions have been processed since the service was launched.