MANILA, Philippines – The Philippines aims to level up the discussions on how small and medium enterprises (SMEs) can seamlessly integrate into the automotive global value chains.

At the kickoff of the 22nd Asia-Pacific Economic Cooperation (APEC) automotive dialogue meeting Wednesday, April 22, the Philippines, as this year’s APEC host aims APEC member economy officials and senior industry representatives to work together to map out strategies for increasing the integration and development of the automotive sector within the region, said chairwoman and director Ma. Corazon H. Halili-Dichosa in her opening speech.

“This year’s theme, ‘Integrating SMEs into the Automotive Global Value Chains,’ is meant to complement the two previous meetings and underscore SMEs vital role to the automotive manufacturing industries, particularly to its emerging sub-sector, the new energy vehicles, which is thought to be the future of the industry,” Halili-Dischosa said.

She added it was an opportune time to work on completing the electric vehicles roadmap, which the committee on trade and industry instructed to complete within the year.

The aim is also to build on the work done last year which brought new focus to new energy vehicles at the last dialogue themed, “Green Ambition, Win Win Solution” held in Shanghai, she added.

During a dialogue in 2013, APEC leaders agreed to take further steps to enhance SMEs global competitiveness by improving access to finance and markets, Halili-Dichosa explained.

In 2014, the “APEC Strategic Blueprint for Promoting Value Chains Development and Cooperation”and the “Capacity Building for SMEs Integration in global Value Chains in Major Industries,” including automotive, were approved. 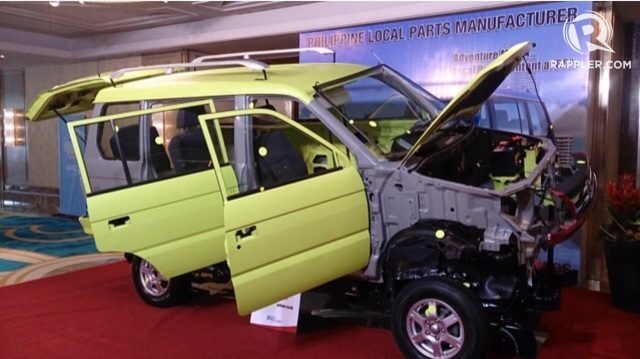 Discussion on industry standards will also be critical during the dialogue, Department of Trade and Industry (DTI) Assistant Secretary for Development group Ceferino Rodolfo said.

Harmonizing global standards is important because if each country develops its own standards, it would be very difficult for a local SME to enter into each individual market, he explained.

Rodolfo added that creating a single set of standards that all nations adhere to greatly aids SMEs integration.

This is particularly true of the electric vehicle industry, which is still beginning to grow.

“Now is the time because if we wait longer, big countries’ national industries will grow rapidly and it would be too late, because each individual nation will be too invested in a specific set of standards,” he said.

Rodolfo said that as part of the 3-day dialogue concluding on April 24, the DTI has brought in local automotive parts manufacturers so they get introduced to brand principals for information exchange and networking. – Rappler.com