Apr 25, 2015 6:26 PM PHT
Rappler.com
Facebook Twitter Copy URL
Copied
The government is aiming for an 'A' category rating over the medium-term 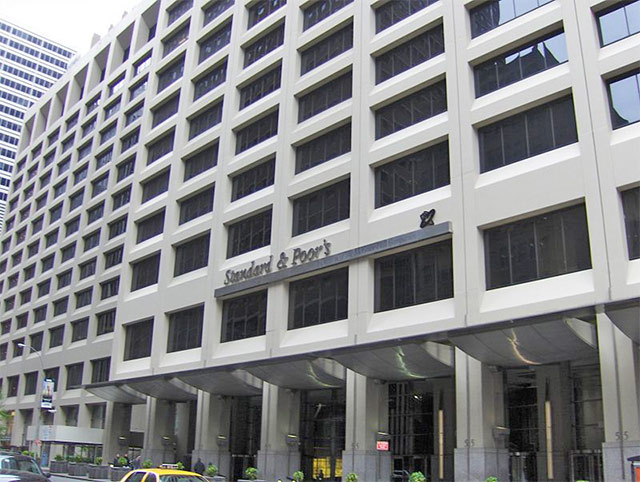 DOF said in a statement on Friday night, April 24, that S&P assigned a “stable” outlook on the rating, which is one notch above minimum investment grade it assigned to the Philippines in May 2014.

For S&P, the minimum rating within the A category is A- or two notches away from the Philippines’ current rating of BBB.

“The ratings on the Philippines reflect our assessment of its strong external position, which features rising foreign exchange reserves and a low external debt burden,” S&P said.

S&P is also projecting that the country will continue posting surpluses in its current account at an average of 4.7% annually up to 2019.

For the medium-term, economic government officials said the Philippines is aiming for credit ratings within the “A” category.

“Fundamentals of the Philippines significantly improved over the last few years. With the trend staying positive, additional upgrades in the credit ratings over the medium-term should be achievable,” Bangko Sentral ng Pilipinas Governor Amando Tetangco Jr said.

Tetangco added that BSP’s efforts to further improve the regulatory environment for financial institutions, maintain price stability, and strengthen external payments position would be its contributions to placing the economy on an even higher gear.

Finance Secretary Cesar Purisima said a credit rating in the “A” category should be attainable.

“If compared with those of other emerging markets, fundamentals of the Philippines are one of the strongest. And with continually improving major credit indicators, including debt manageability, credit ratings ideally should adjust accordingly,” Purisima said.

Upon the assumption of President Benigno Aquino II into office in 2010, the goal was to secure the minimum investment grade from all 3 major international credit-rating firms: Fitch Ratings, Moody’s Investors Service, and S&P by 2016.

The country is now rated a notch above the minimum by both S&P and Moody’s at BBB and Baa2, respectively. The economy has the minimum investment grade of BBB- with Fitch.

“We have managed to outperform even our own targets and expectations. Moving forward, we expect to sustain the reform momentum and to raise the bar even higher,” Purisima added. – Rappler.com