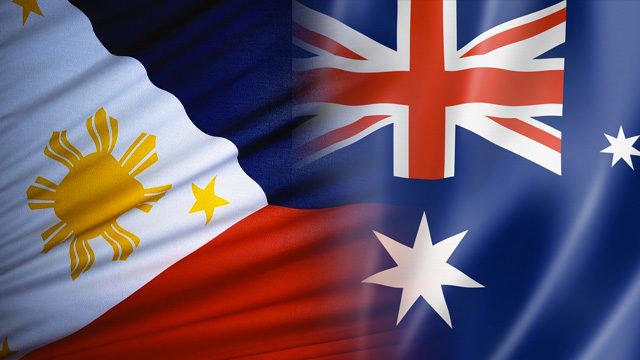 MANILA, Philippines – The Australian and Philippine governments are luring companies to partner with each other and participate in major public-private partnership (PPP) deals in both countries, to strengthen their trade ties and further increase infrastructure spending.

Business delegates and government officials from both countries were hosted by the Australian Minister Trade and Investment Andrew Robb in Makati City on Thursday, May 21.

Robb on Monday returned to the Philippines with a business delegation focused on infrastructure before joining counterparts in Boracay for Asia-Pacific Economic Cooperation (APEC) talks.

“The size of the infrastructure task here is substantial compounded by the devastation of Typhoon Yolanda in 2013, but the response of the Philippine government has been impressive,” Robb said in his opening speech.

“Success has been demonstrated in the Philippines when it comes to PPP. We have been involved in PPP for about 30 years. The number of projects rolling out here is very exciting. About 10% of all infrastructure in Australia are PPP,” he added.

“The delivery of infrastructure is one of Australia’s strengths and our businesses are looking for opportunities to deepen existing relationships to help get projects built,” Robb said.

The business delegates include some of Australia’s and the Philippines’ construction and design, legal and engineering companies.

Under the contract, Leighton will construct 5.6 kilometers of elevated highway in northwest Metro Manila linking Mac Arthur Highway in Valenzuela City and C-3 Road in Caloocan City near the port area.

The company is also targeting to build the NLEX-SLEX Connector Road Project, which is set to be offered to other proponents as early as October.

The NLEX-SLEX Connector Road will include a 5-kilometer common alignment from the Polytechnic University of the Philippines campus to Buendia in Makati City. The common alignment would be financed by Citra Metro Manila Tollways Corporation, which is separately constructing the P26.7-billion Skyway Stage 3 Project.

The NLEX-SLEX Connector Road is expected to be completed in 2018, about a year later than its original target of June next year.

“We welcome very much the involvement of Filipino companies in Australian PPP and we are looking to partner in the Philippines and see what can be done,” Robb added.

For his part, Socioeconomic Planning Secretary Arsenio Balisacan thanked the Australian government, particularly the State Government of Victoria and Australian Trade Commission, for the “continued support in strengthening the Philippine PPP Program and partnering with us.”

The government aims to spend by 2016 at least 5% of the gross domestic product (GDP) or P800.37 billion ($18 billion) for major infrastructure projects.

To hit the target, the Department of Public Works and Highways (DPWH) would upgrade quality and safety of roads and bridges and provide better access to tourism destinations; seaports; roll on-roll off (RORO) ports; as well as food production areas.

“To this end, we are continuously working to streamline processes and institutionalize reforms and best practices. In particular, we have advocated measures to further enhance the legal and policy environment for private sector participation,” Balisacan said.

Among the reforms he cited are the “enactment of the PPP Act or Amendments to the Revised Build-Operate-and-Transfer (BOT) Law; and the amendment of law on Right of Way Acquisition (ROWA) that would address bottlenecks in infrastructure provision, including implementation delays in our PPP projects.”

Nine PPP deals cumulatively worth some P136.5 billion – 4 of which worth a total of P84.48 billion are under the Department of Transportation and Communications – have been awarded since the flagship infrastructure program was launched in the third quarter of 2010. – Rappler.com