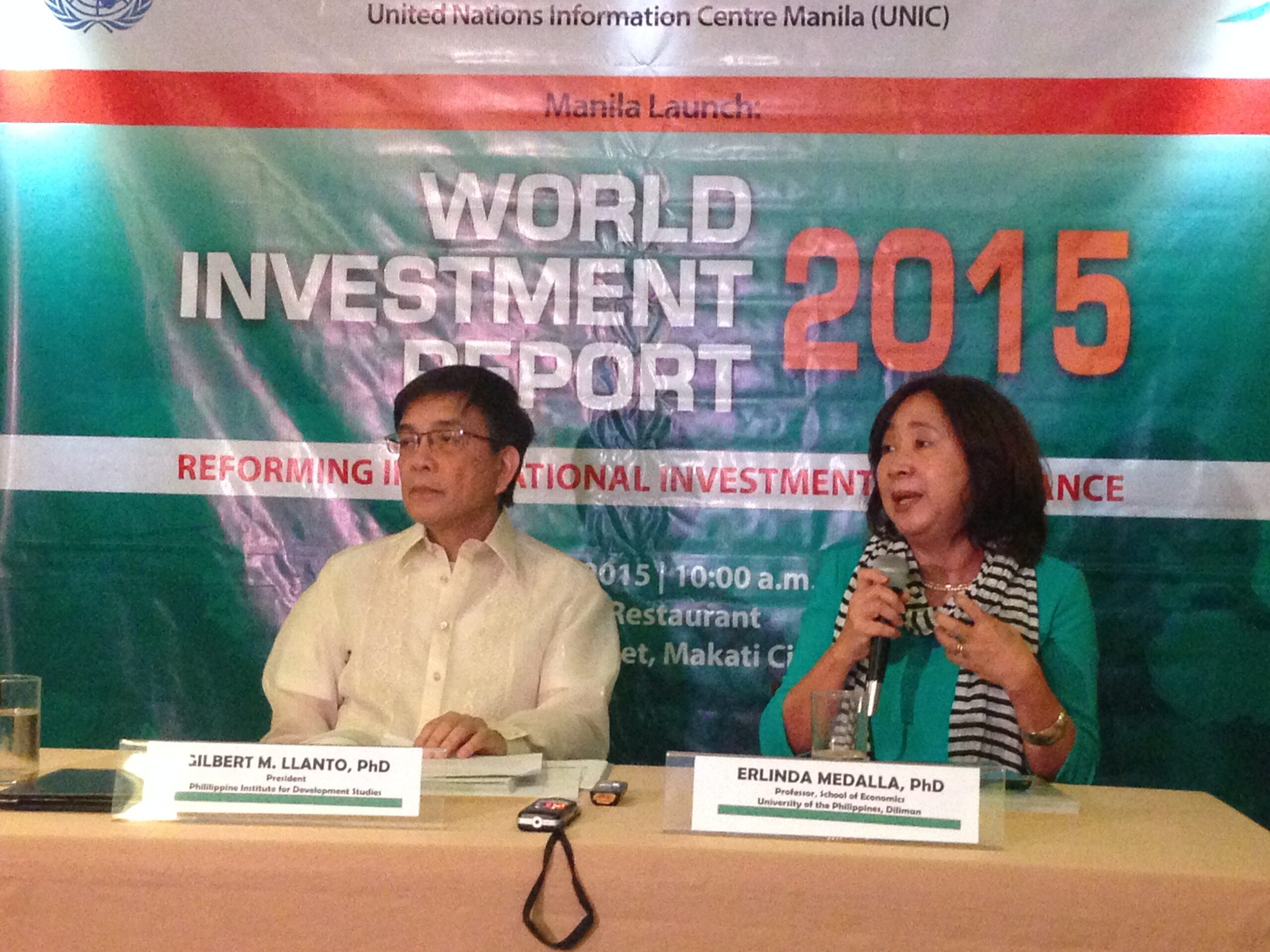 Facebook Twitter Copy URL
Copied
The country, however, still lags behind many of its regional neighbors that recorded highest number of foreign investments last year, the United Nations Conference of Trade and Development report shows

MANILA, Philippines – The Philippines inched up once more among top East and Southeast Asian economies that received the most foreign direct investments (FDIs) last year.

In 2014, the Philippines moved up to become 9th of the top 10 East and Southeast Asian economies with the highest FDIs – a key source of jobs and business financing, based on the 2015 World Investment Report of United Nations Conference of Trade and Development (UNCTAD).

“The upsurge in FDI last year was mainly because of strong investors’ confidence in the country’s strong macroeconomic fundamentals,” Philippine Institute for Development Studies (PIDS) president Gilbert Llanto said in his speech during the report briefing Wednesday, June 24.

The latest result was also the lowest net FDI level since the $102.16 million recorded in December 2013.

Combined FDI inflows to East and Southeast Asia grew by 10% in 2014, despite a slowdown in economic growth, to reach a historical high of $381 billion, according to UNCTAD’s 2015 report.

By sub-region, inflows to East Asia rose by 12% to $248 billion, while those to Southeast Asia experienced a 5% increase, to $133 billion. Thus the Philippines’ long-term inflows still lagged behind those of many of its neighbors. Resource persons at the briefing cited a number of factors for this.

For Llanto, there is a need to harmonize the incentives regime in the Philippines to make the country more enticing to foreign investors. (READ: Aquino retains foreign investments limitations)

“The problem with our investment regime is there are several incentive-giving bodies, like BOI (Board of Investments) and PEZA (Philippine Economic Zone Authority). That doesn’t happen in other countries. Investors should only talk to one. There should be a harmonized investment regime,” Llanto said.

Llanto said a major driver for foreign investments could be infrastructure, with intra-regional FDI being a major driving force in East and Southeast Asia.

“Connectivity between countries and economies is intensifying across a number of parameters. In particular, infrastructure is a primary component of regional connectivity, especially in electricity, telecommunications, transportation, and water industries,” he added.

“Inward FDI stock data of some major economies in the region demonstrate that the overall scale of foreign infrastructure investment in some economies is very large,” Llanto said. – Rappler.com