Keep the devil away from the Philippine Competition Act 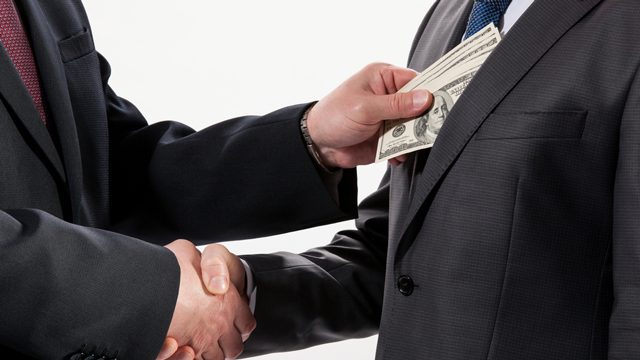 Facebook Twitter Copy URL
Copied
Part 2: After lawmakers succeeded in passing the measure, the next challenge is to keep its powers intact and free from vested interests

(READ: Part 1: What consumers need to know about the PH Competition Act)

After more than two decades of waiting, lawmakers have finally succeeded in getting a comprehensive competition law through the legislative mill. An enrolled copy of the law is now at the Office of the President, awaiting the signature of Presidnet Benigno Aquino III.

Having gotten the Philippine Competition Act farther than ever before, the next challenge for its authors is to keep its powers intact and free from vested interests.

A competition law must have teeth, United Kingdom Trade and Investment director Ian Mansfield said in an interview with Rappler on the eve of the bill’s reconciliation by the two houses of Congress in June.

Mansfield has taken an interest in the Philippine Competition Act, having worked extensively on the most recent version of the United Kingdom competition bill in 2014.

The Philippine Competition Act needs to have enough muscle to get the information it needs, to impose penalties on those found guilty, and ultimately,  to get convictions, he explained.

This is especially pertinent as it is expected that many of the firms who may be found in violation of the law are likely to be very large players with considerable resources, Mansfield added.

Choosing the best of both

During the 30-hour deliberations of the bicameral conference committee that reconciled the House and Senate versions of the bill, there were concerns that some important provisions would be diluted.

“We’re largely satisfied with what was brought in. We’re quite pleased at the way that some earlier attempts to water it down by some people involved, by including provisions with vague language that would leave open certain avenues, were taken out,” Habito said, speaking for a group of technical advisers on the bill.

There were some provisions that got into the House version but were removed later on, he explained. He cited as an example the clause, “if there is reasonable commercial justification,” which will not be covered as an abuse of dominance.

It would have given the lawyers a lot of business just to fight to interpret what is “reasonable commercial justification,” as many things could constitute that, Habito said.

There were a couple of other similar provisions or clauses in earlier versions, but in the end, they did not make it into the act itself, Habito said. Another crucial area of contention was in the area of penalties – the House version provided for a percentage of turnover, while the Senate version pushed for a fixed price.

This was the area where the House version was stronger, Habito said.

Senator Paolo Benigno “Bam” Aquino IV said that while using percentage of turnover as a basis for computing fines has its benefits – the fine “would be scaled as the penalty grows along with the company” – both houses decided to support the Senate proposal in the end.

“This was because different people can have different definitions of ‘turnover,’ such as gross income, net income, income minus expenses, and so on,” he explained.

Despite not choosing the theoretically stronger percentage fines, a concession was made to allow the fines to remain punitive.

The final version also contains a provision that entails a review of the fines every 5 years, to keep them in line with incomes and adjust for inflation.

The task of handing out these fines will fall on the 5-person, Philippine Competition Commission (PCC), an independent, quasi-judicial body which will be formed within 60 days after the law is signed.

Habito shared that the burden of turning the Philippine Competition Act into a landmark law that could really transform the economy falls on the PCC chairperson and the 4 commissioners.

“The right people have to be put in the commission itself, starting with the chair, and one hopes that the appointments will not be subject to political considerations,” Habito said.

For the law to be effective, there’s a need for the right mix of professionals with integrity and real credibility. “Otherwise nothing will happen,” he added.

One example people use is the Energy Regulatory Commission (ERC) where the appointments appear “somewhat compromised,” Habito said.

Sources close to former Energy Secretary Jericho Petilla said that his recent resignation was prompted by the President’s decision to appoint Geronimo Sta Ana as the fifth commissioner of the ERC.

Sta Ana is linked to one of the country’s biggest power players, the Aboitiz group, so his appointment may jeopardize public interest.  (READ: ERC appointment raises conflict-of-interest issues)

Habito said that the ideal mix would include a lawyer, an economist, and an appointee well-versed in business but not beholden to private firms.

The PCC’s first task will be to analyze different firms and industries to determine whether or not they are engaging in anti-competitive behavior.

Based on the measure, no fines will be meted out within the first two years of implementation to give firms found guilty time to restructure and reform.

The other crucial aspect of the Philippine Competition Act is getting the implementing rules and regulations spot on, as any law in the end will be translated into operationalization by the IRR itself.

“As they say, ‘The devil is in the details,’ and that’s really where the IRR comes in. The rules have to be done in a way to make sure that the devil doesn’t come in,” Habito said. (To be concluded) – Rappler.com

Part 1: What consumers need to know about the PH Competition Act