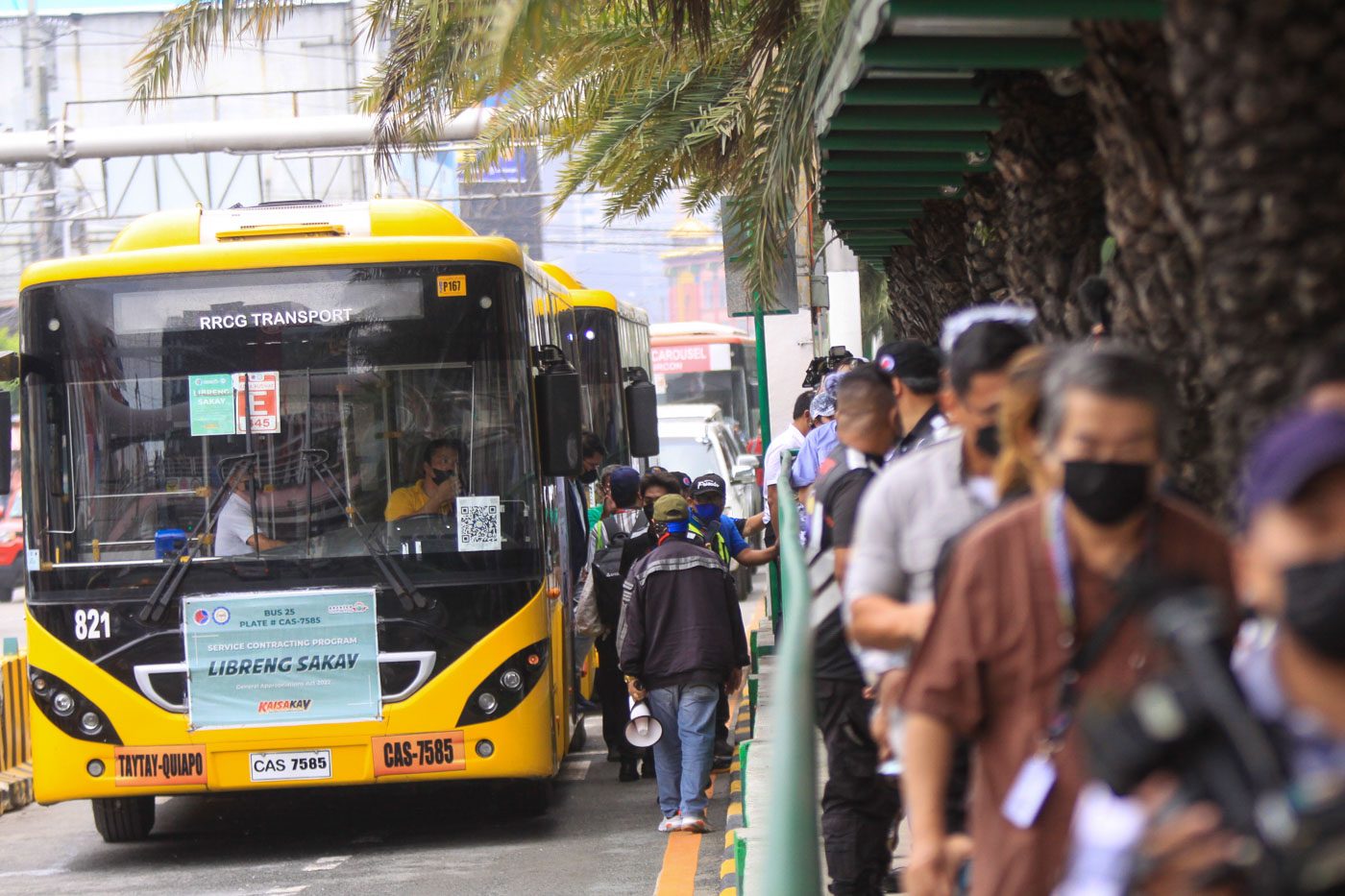 Additionally, 650 PUBs will run from 4 am until 11 pm, which corresponds to three round trips or six single trips from the Monumento station to the Paranaque Integrated Terminal Exchange (PITX).

Southbound EDSA Busway commuters are also advised that the Ayala stop has relocated to a new terminal inside One Ayala building. Buses previously stopped at the curbside of EDSA. The new station, located at the corner of EDSA and Ayala Avenue, is equipped with three bays that can accommodate nine buses each simultaneously. (READ: New EDSA Ayala bus terminal opens ahead of holiday rush)

The Libreng Sakay program was first implemented on November 2020 under the Bayanihan to Recover as One Act and was approved for extension until December 31, 2022 by President Marcos. – Rappler.com