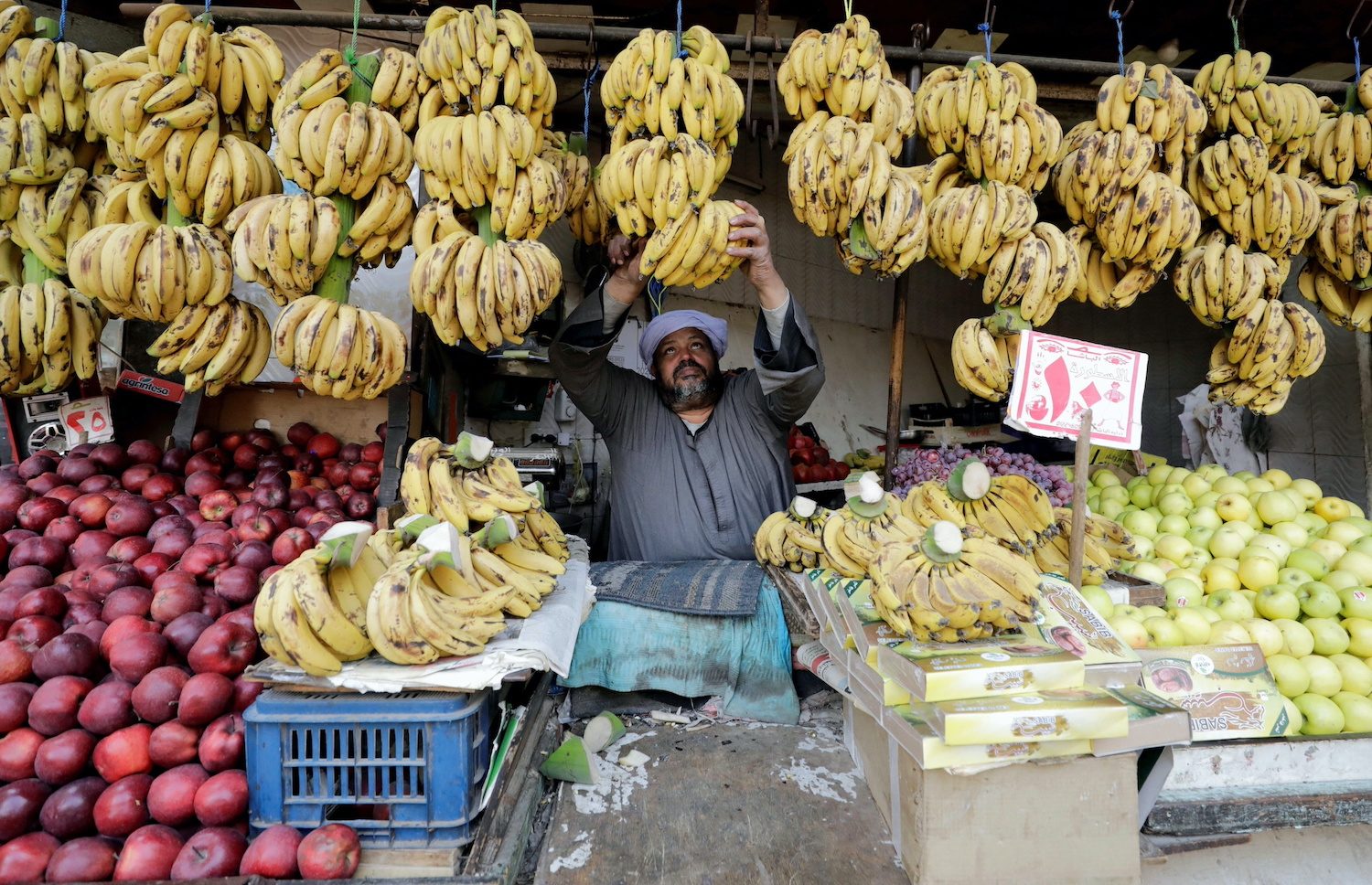 ECONOMY. An Egyptian fruits seller works at a market in Cairo, Egypt, March 22, 2022.

CAIRO, Egypt – Egypt has asked for the International Monetary Fund‘s support to implement a comprehensive economic program, the IMF said on Wednesday, March 23.

Continued exchange rate flexibility would be essential to absorb external shocks, it said in a statement.

The IMF is working closely with Egyptian authorities to prepare for discussions with a view to supporting sustainable, job-rich, and inclusive growth, it added.

On Monday, March 21, the government let the Egyptian pound depreciate by 14% after it had remained little changed since November 2020. On Wednesday, the currency appreciated slightly to 18.32 pounds to the dollar.

Russia and Ukraine were the main exporters of wheat to Egypt – typically the world’s top importer – and major sources of tourism. “The rapidly changing global environment and spillovers related to the war in Ukraine are posing important challenges for countries around the world, including Egypt,” the IMF said.

“Continued exchange rate flexibility will be essential to absorb external shocks and safeguard financial buffers during this uncertain time. Prudent fiscal and monetary policies will also be needed to preserve macroeconomic stability.”

Egypt is eligible for a new version of any one of the three programs, according to a person familiar with its discussions with the IMF. But because Egypt has exceeded its normal borrowing quota it would have to adhere to exceptional access criteria, making it subject to a greater level of scrutiny, the person said. – Rappler.com