MANILA, Philippines – Enrique Razon has completed the acquisition a company of Dennis Uy which operates the Malampaya gas field for an undisclosed amount.

Uy previously held a 90% operating stake in Malampaya through separate deals with Chevron and Shell for approximately $1 billion.

Prime Infra will acquire the 45% interest previously held by Shell, after the Philippine National Oil Corporation (PNOC) earlier withdrew its consent to the deal between Shell and Uy’s Udenna. Uy still has a 45% stake in Malampaya through shares bought from Chevron.

The change in control from Shell to Razon’s Prime Infra is still subject to the consent of PNOC and the Department of Energy. 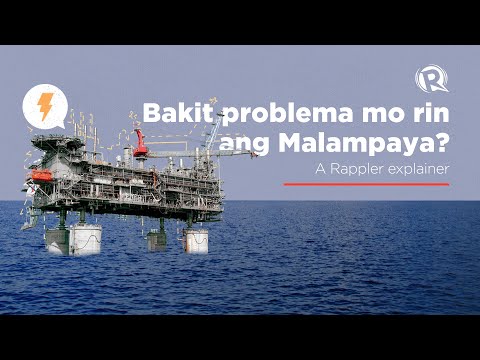 “We believe that gas is an important transition fuel in the near-term, reducing the need for baseload fossil fuels like coal. Hence, we intend to accelerate investments on the Malampaya gas field to improve the output of existing wells and, if possible, develop new wells in the area once the license extension is secured from the government,” Razon said.

Uy said that they are looking forward to working with Razon “to make Malampaya continue to operate safely and reliably to strongly support our country’s need for indigenous and sustainable energy for many years to come.” (PODCAST: Law of Duterte Land: Scrap Malampaya deal with Dennis Uy – IBP)

Why the public should watch this space

The Malampaya project is among the Philippines’ most important power assets, producing natural gas for power plants in Batangas City that account for around 20% of the country’s total electricity requirements. It began operations in 2001, with the consortium’s license for the project set to expire in 2024.

The life of the Malampaya natural gas field is projected to run dry by 2027, but can be extended for several more years through infrastructure investment. The DOE warned that the country “will face a huge energy crisis” should the Philippines fail to produce more energy.

Uy’s stake in Malampaya is subject to opposition by various groups and lawmakers.

Eight business groups urged the lawmakers to probe Uy’s acquisitions. They did not name Uy in their statement, but noted that his company lacked expertise in the energy industry and had incurred multiple debts.

“The government should scrutinize the buyer’s financial and technical capabilities and interests and should reserve, enforce, and exercise its right to block and invalidate transfers of shares and control that may be disadvantageous to the Filipino people,” business groups said back in November 2021.

Udenna called the allegations of business groups and lawmakers unfair.

“Suffice it to say that there are a lot of bidders and do you think Udenna, being the one with meager resources, [would] be able to coerce Shell and Chevron to make us the winner of the bid? These are international, credible corporates with [a] huge history of proper governance and compliance,” Udenna president Marty Escalona earlier said.

Meanwhile, Prime Infra is Razon’s infrastructure arm that focuses on renewable energy, water, waste management, and other critical infrastructure. The company is set to go public this year, aiming to raise around P28 billion. –Rappler.com