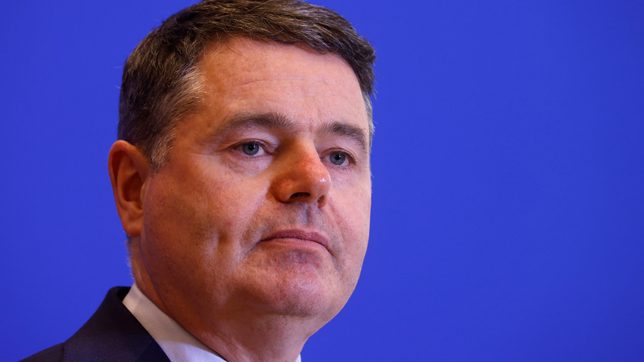 DUBLIN, Ireland – The head of the Eurogroup of eurozone finance ministers Paschal Donohoe is confident the region’s recovery can be sustained into next year even if the coronavirus Omicron variant requires new public health measures, he told the Reuters Next conference.

Donohoe, who is Ireland’s finance minister, said his confidence reflected how economies have increasingly demonstrated their ability to limit the damage from restrictions put in place to slow the spread of the virus.

He also said the European Union’s huge COVID-19 recovery fund would make “a very big injection” into the bloc next year to further guard against the risks that are now developing.

“It is very early days in terms of the health impact of this new variant on all of us. I am confident about our ability to sustain a strong recovery into next year,” Donohoe said in an interview on Wednesday, December 1.

“I hope we can avoid those broad health measures again. I am equally confident that we will be able to allow consumption and investment to take place alongside them were they to happen.”

But to remove the threat the pandemic poses to the global economy, much more needs to be done to help vaccinate poorer nations, Donohoe said.

“There is a radical imperative in how we deal with the impact of a pandemic on an interdependent world, which is that none of us are safe until all of us are safe,” he said.

“The scientists in South Africa created a great public good in detecting what was happening in their country [with Omicron] and it underlines to me how important it is for us to fulfill our obligations to other parts of the world.

“That’s why European Union is the largest exporter of vaccines.”

The Irish economy’s continued ability to weather one of Europe’s toughest lockdown regimes led the country’s fiscal watchdog to predict on Wednesday that the budget deficit for 2021 would be lower than government forecast just six weeks ago.

However, Donohoe cautioned he would need to see whether the new variant – the first case of which was confirmed in Ireland on Wednesday – will impact economic activity and what level of economic support would be needed across December and into the early part of next year.

He said governments across the EU will be responsive and agile if more fiscal supports are required.

“We’ve demonstrated over the last 18 months our ability to put in place measures that have worked, have saved jobs…. We’ll do it again,” Donohoe said. – Rappler.com