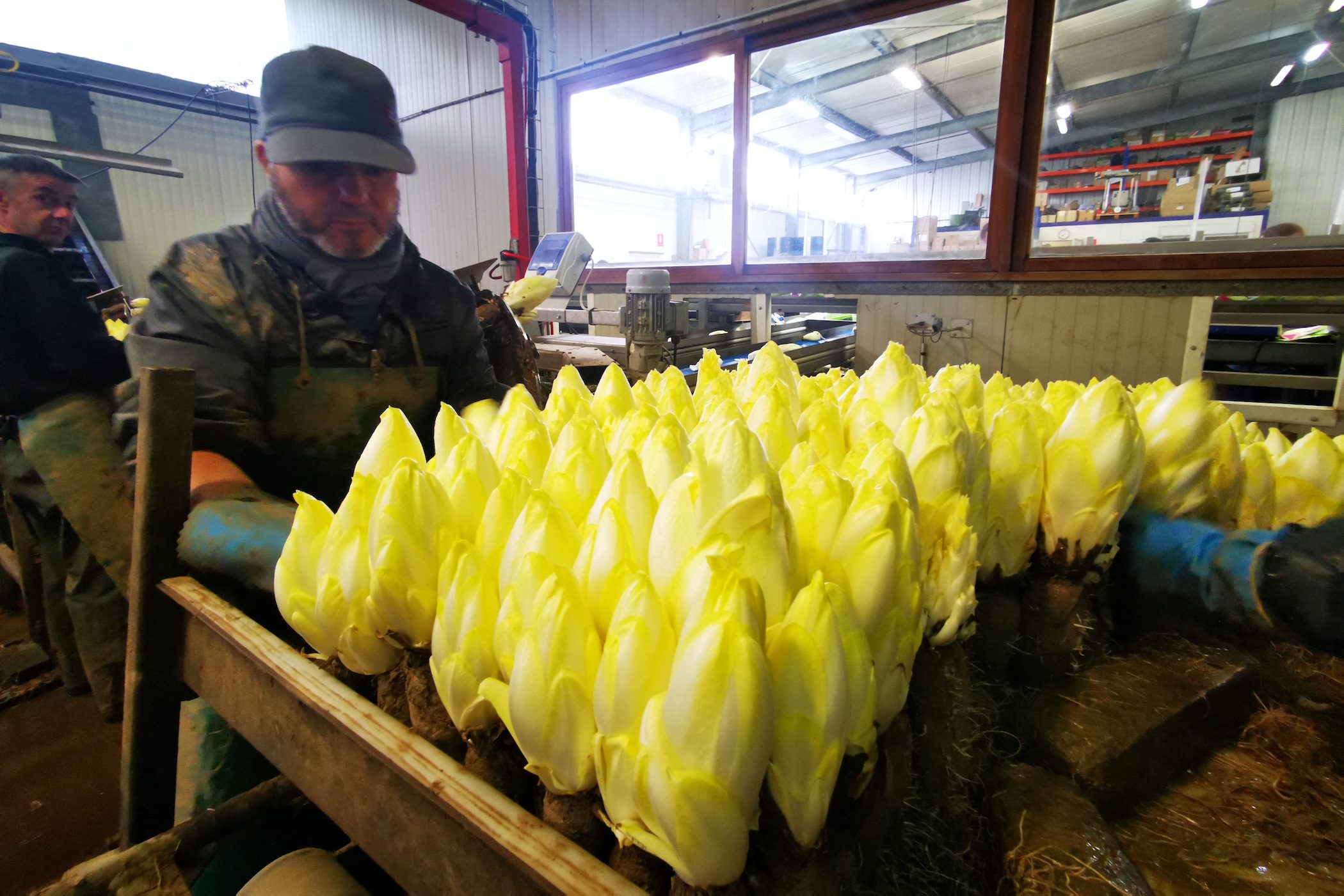 ENDIVES. A worker takes endives grown on bulbs that are being processed for packaging on the production floor of the De La Marliere endive production site in Bouvines, France, September 16, 2022.

Facebook Twitter Copy URL
Copied
Across northern and western Europe, vegetable producers are contemplating halting their activities because of the financial hit from Europe's energy crisis

BOUVINES, France – Emmanuel Lefebvre produces thousands of metric tons of endives on his farm in northern France annually, but this year he may abandon his crop because of the crippling energy costs required to freeze the harvested bulbs.

Across northern and western Europe, vegetable producers are contemplating halting their activities because of the financial hit from Europe’s energy crisis, further threatening food supplies.

Surging power and gas prices will impact crops grown through the winter in heated greenhouses such as tomatoes, peppers, and cucumbers, and those which need to be placed in cold storage, such as apples, onions, and endives.

Endives are particularly energy-hungry. After the bulbs are harvested in the autumn, they are stored in below-freezing temperatures and then later replanted in temperature-controlled containers to allow for year-round production.

“We really wonder if we’ll harvest what is in the fields this winter,” Lefebvre told Reuters at the site where his endives are packaged.

European farmers are warning of shortages. The anticipated hit to production and jump in prices means supermarkets may switch to sourcing more goods from warmer countries such as Morocco, Turkey, Tunisia, and Egypt.

Surging gas prices are the biggest cost vegetable farmers cultivating inside greenhouses face, farmers said. Meanwhile, two French farmers renewing their electricity contracts for 2023 said they were being quoted prices more than 10 times those of 2021.

“In the coming weeks I will plan the season but I don’t know what to do,” said Benjamin Simonot-De Vos, who grows cucumbers, tomatoes, and strawberries south of Paris.

“If it stays like this there’s no point starting another year. It’s not sustainable.” 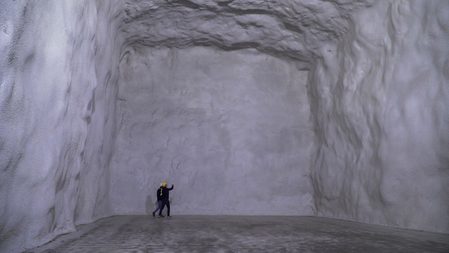 Farmers are not just contending with spiraling energy prices. The cost of fertilizer, packaging, and transport are all on the rise and jeopardizing margins.

“We face an overall increased production cost of around 30%,” said Johannes Gross, deputy sales manager at the German cooperative Reichenau-Gemüse whose greenhouses cover some 60 hectares. Energy accounted for anywhere between half and two-thirds of these extra costs, he said.

“Some colleagues are thinking about leaving their greenhouses empty to keep the costs as low as possible. Nobody knows what will happen next year,” he added.

Greenhouse industry group Glastuinbouw Nederland says up to 40% of its 3,000 members are in financial distress.

Even in sun-flushed countries like Spain, fruit and vegetable farmers are grappling with a 25% increase in fertilizer costs.

Jack Ward, chief executive of the British Growers Association, said it was inevitable production of fruit and vegetables would shift to warmer climes.

“We will move production further and further south, down through Spain and into Morocco and bits of Africa,” Ward said. – Rappler.com