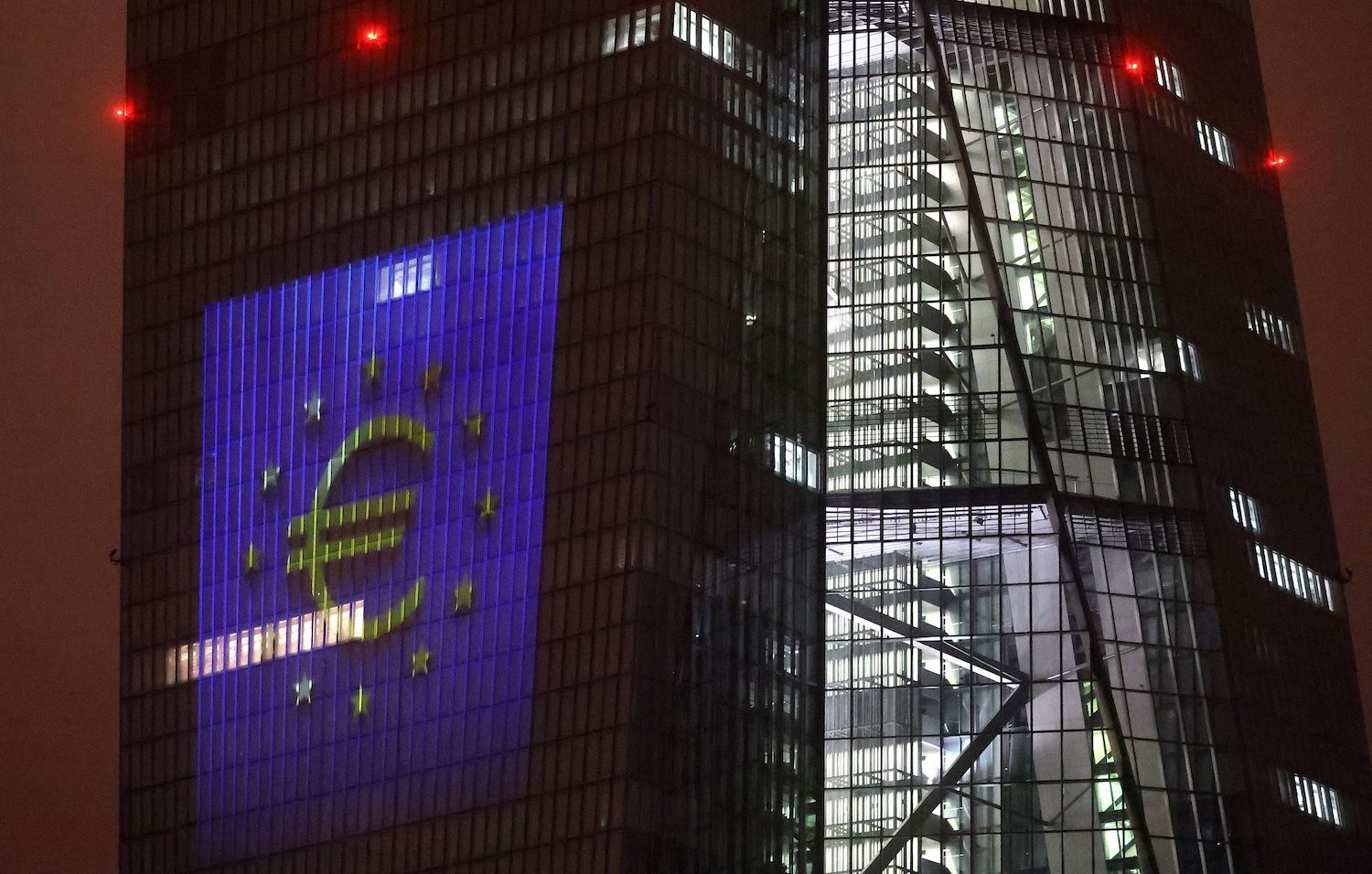 Facebook Twitter Copy URL
Copied
With COVID-19 infections breaking records almost daily as the Omicron variant sweeps across Europe, growth is likely to take a hit around the turn of the year

With infections breaking records almost daily as the Omicron variant sweeps across Europe, growth is likely to take a hit around the turn of the year even though governments have largely avoided the debilitating measures that brought their economies to a standstill a year ago.

Foreshadowing the pain, the European Commission’s Economic Sentiment Indicator, a key gauge of the bloc’s economic health, fell more sharply than forecast in December to a level last seen in May. The outlook for services worsened significantly and employment expectations also fell.

In Germany, the eurozone’s biggest economy, the slowdown is already evident in hard data.

Supply chain bottlenecks have held back Germany’s vast factory sector for most of the last quarter and industry, thought to be on the rebound, unexpectedly stumbled in November.

Output fell 0.2% on the month, despite expectations for a 1% rise, reinforcing views that Europe’s biggest economy came to a halt in the fourth quarter of 2021, with no relief in sight for months.

“Unfortunately, this is where the rebound of German industry stops for the time being. The fourth wave of the pandemic and Omicron should send industrial activity back into hibernation,” ING economist Carsten Brzeski said.

“It will take until spring before German industry is back on a fully sustainable recovery path.”

In a rare bright spot for the bloc, retail trade unexpectedly rose in November, indicating that at least consumers remained optimistic going into the Christmas shopping season.

The problem is that heavy spending by households, who were forced to save up cash for the past year amid restrictions, is pushing consumer prices to new records.

When the economy rebounded from its initial pandemic shock last year, price growth took off, primarily as oil and gas prices jumped.

Adding to the upward pressure, supply-chain bottlenecks curtailed the availability of consumer products, while households, digging into the cash they had piled up, started spending on everything from new cars to restaurant meals.

While most of these inflation drivers are temporary, many, including some influential policymakers, doubt the ECB’s benign narrative that price growth will be back under its 2% target by the end of the year.

Part of their concern is that rises in underlying prices – or inflation excluding volatile food and fuel prices – are also above target, suggesting that sectors prone to weak inflation over the past decade are now adjusting.

Still, with stimulus extended only a few weeks ago, the ECB is unlikely to revisit its policy stance until March, especially as Omicron clouds the outlook.

There was a glimmer of good news for the central bank in the commission’s sentiment survey with eurozone entrepreneurs paring back their expectations for price rises for the first time in more than a year last month. – Rappler.com