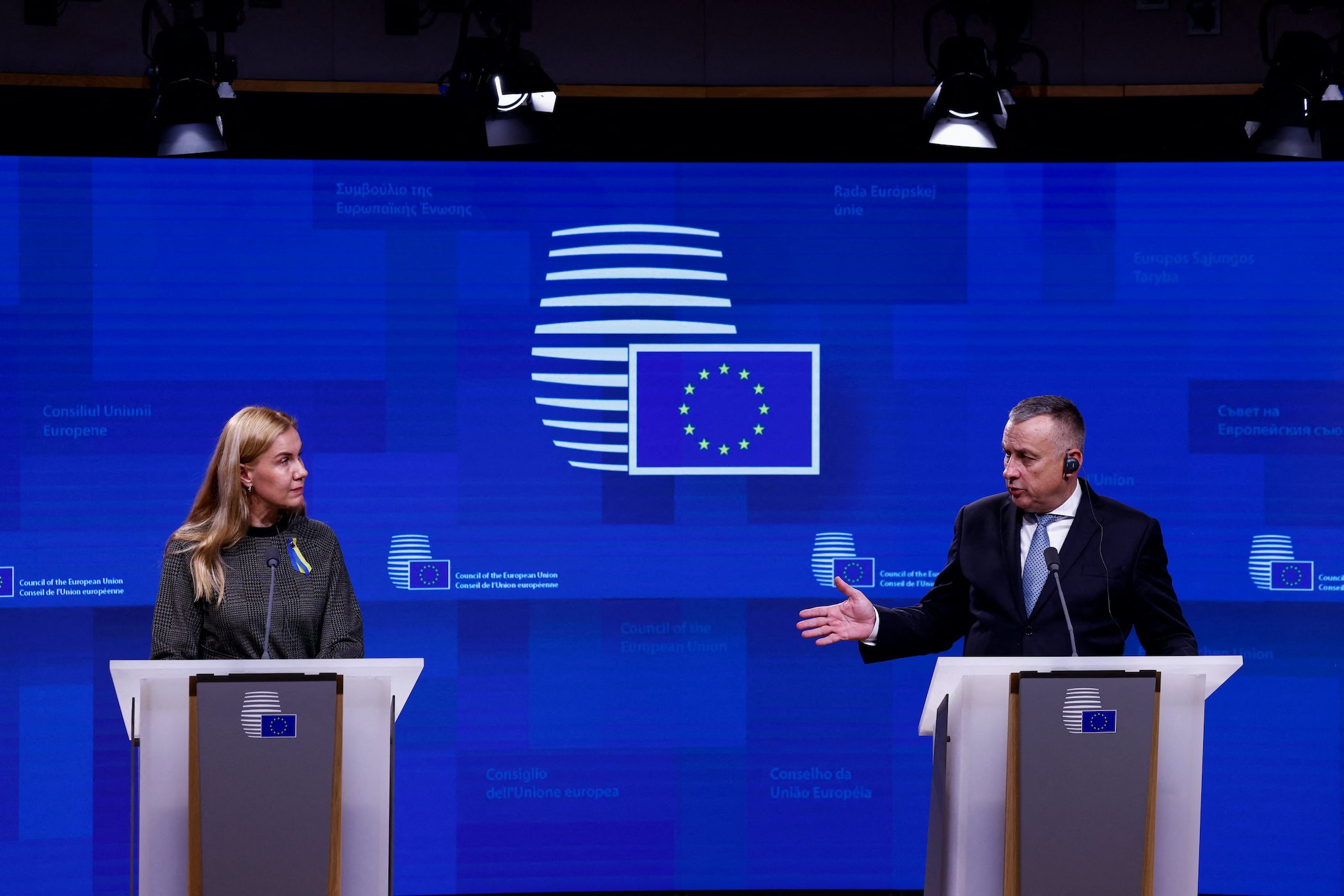 BRUSSELS, Belgium – European Union countries disagreed on Friday, September 30, about whether and how to cap runaway gas prices, with Germany among those opposing the measure that 15 other states said was needed to tackle Europe’s energy crunch.

Meeting in Brussels on Friday, ministers from the 27 EU member states approved levies on energy firms’ windfall profits to try to contain an energy price surge aggravated by Russia’s war against Ukraine.

The agreement covers a levy on fossil fuel companies’ surplus profits made this year or next, another levy on excess revenues low-cost power producers make from soaring electricity costs, and a mandatory 5% cut in electricity use during peak price periods.

The Czech Republic said, however, that was not enough and that many EU countries expected a proposal from the bloc’s executive European Commission on capping the gas price.

Speaking after the meeting, the EU’s energy commissioner, Kadri Simson, said there was no agreement on what such a cap would look like.

“We will…try to negotiate a price corridor, not a fixed cap, that allows us to bring down the costs for our consumers,” she told a news conference.

“A wholesale gas price is a legitimate option, but it requires a radical intervention in the market,” she said, adding that several “non-negotiable conditions” would need to be put in place alongside such a cap for it to work.

Italy’s energy minister said a group of countries would discuss among themselves next week ideas for a cap or “smart indexing” to help the commission draft a legal proposal that all countries could support.

“The priority right now is to slash the price of gas. But there is a second priority: to avoid that this kind of action leads to a shortage of gas,” Roberto Cingolani said.

Fifteen countries, including France, Italy, and Poland, this week asked Brussels to propose a price cap on all wholesale gas transactions to contain inflation.

German Economy Minister Robert Habeck said he believed EU ministers could find a “better solution” to a broad price cap ahead of their next meeting on October 11.

“A fixed price cap on gas can only work if we answer the question of what happens if not enough gas comes to Europe…. The only answer I hear is that then the amount would be divided up. I do not think that is politically possible,” he said.

Denmark, Austria, and the Netherlands sided with Germany in opposing the idea, which they said could leave countries struggling to buy gas if they could not compete with buyers in price-competitive global markets.

Brussels suggested the EU could move ahead with a narrower price cap, for example by just capping Russian gas supplies, but countries including Belgium and Hungary were against. Another idea, akin to what Spain was already doing at home, was to target specifically gas used for power generation.

By introducing EU-wide measures, Brussels hopes to overlay governments’ uneven national approaches to the energy crunch, which have seen richer EU countries far outspend poorer ones in handing out cash to ailing companies and consumers struggling with bills.

Claude Turmes, energy minister of Luxembourg, urged the EU to step in and stop an “insane” spending race between countries.

“That’s the next frontier, to get more solidarity and to stop this infighting,” Turmes said. – Rappler.com