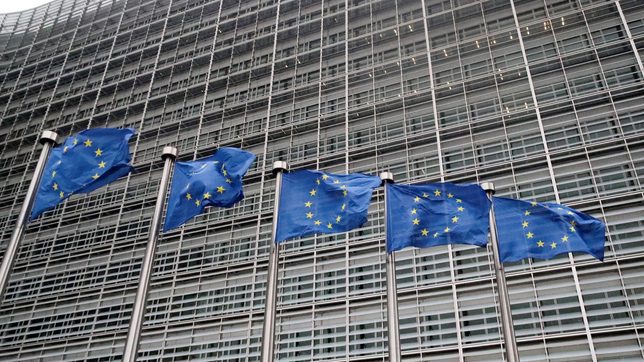 Facebook Twitter Copy URL
Copied
Most European Union countries have already used temporary measures to shield consumers from higher power bills, but they are split over their longer-term response

BRUSSELS, Belgium – France, Spain, and several others stepped up calls to reform European Union’s energy market rules to cope with high prices but faced a challenge from a rival group of states including Germany as energy ministers met on Thursday, December 2.

European energy prices surged to record highs this autumn amid tight supplies and high demand for gas from global economies recovering from the COVID-19 pandemic. Prices have retreated from October peaks but remain elevated.

Most EU countries have already used temporary measures to shield consumers from higher bills, including energy tax cuts and subsidies for households. Together, the EU estimates those measures add up to more than 3.4 billion euros.

But EU states are split over their longer-term response.

Germany, Denmark, the Netherlands, and six other states said before Thursday’s meeting that they opposed EU energy market reforms. Price caps or switching to a different system to set national power prices could discourage electricity trade between countries and undermine incentives to build more low-cost renewables, they said.

Spain, France, Italy, Greece, and Romania responded with a call to change EU rules to protect consumers from price swings. They also want joint gas buying by EU states to form strategic reserves and an investigation to identify reforms to the bloc’s electricity market.

The European Commission said it would propose a framework to enable joint procurement of strategic gas stocks, as part of a proposal to upgrade EU gas market legislation, due on December 14.

Energy commissioner Kadri Simson said improvements also were needed in power interconnectors and the flexibility of Europe’s electricity grids. “Work on all these issues is ongoing,” she said.

A report last month by EU energy regulators did not identify major issues with the bloc’s power market design. An investigation by the EU securities watchdog said there was no proof of market abuse in the EU carbon market.

The findings were criticized on Thursday by some countries which want curbs on financial speculation in the carbon market, which they say have helped push carbon dioxide permit prices to record highs.

“We can no longer pretend that the ETS (Emissions Trading System) is a perfectly functioning system…. It requires a deep reform,” Polish climate minister Anna Moskwa said. – Rappler.com