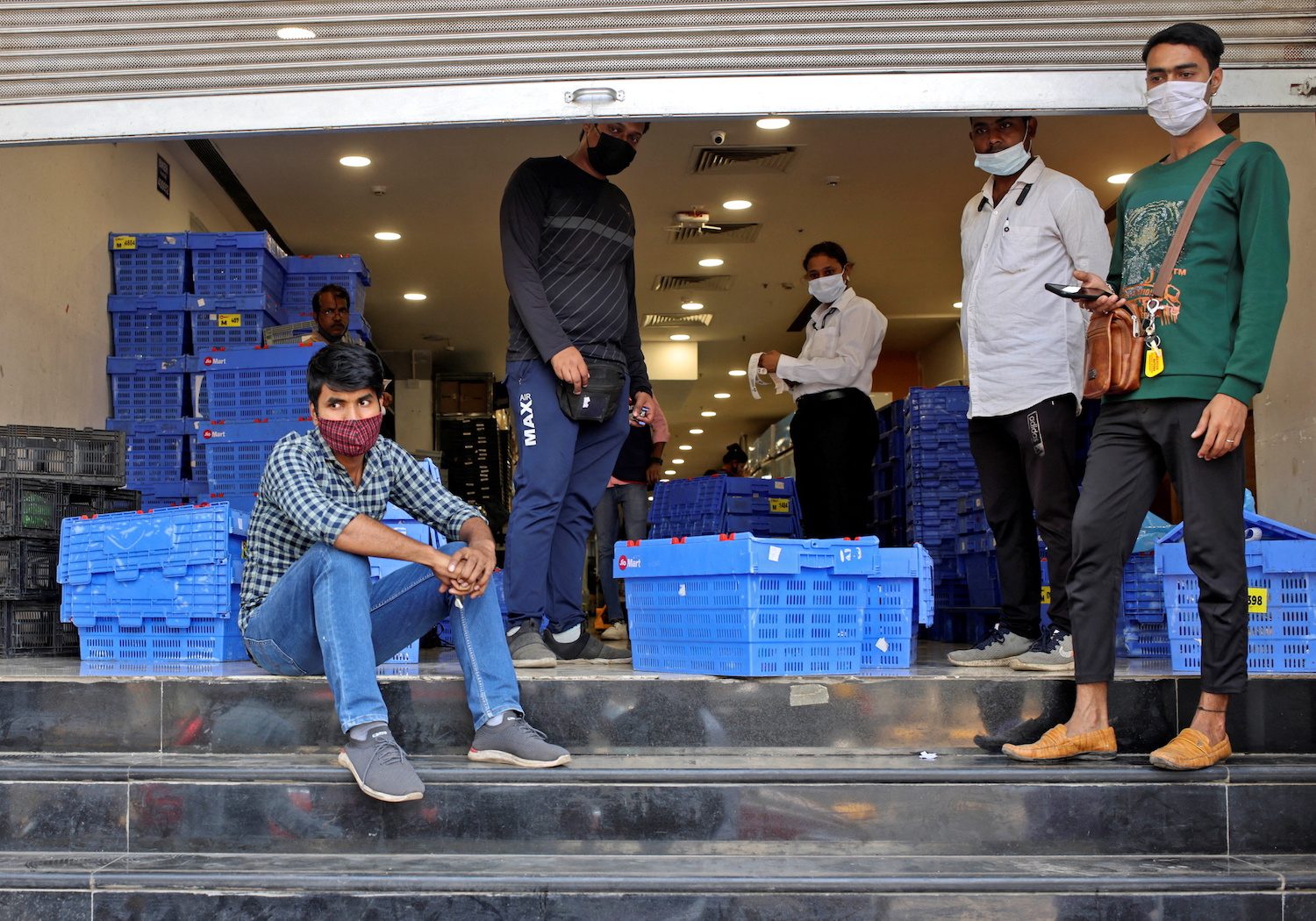 NEW DELHI, India – For more than a year, Amazon and India’s Future Group have been locked in a complex legal standoff that has stalled Future’s $3.4-billion sale of assets to rival Reliance Industries, the country’s biggest conglomerate.

After trading barbs in courtrooms for months, Amazon and Future unexpectedly agreed on Thursday, March 3, to hold discussions to resolve their dispute.

Here’s what the dispute, seen as key to deciding who gets an upper hand in one of the world’s fastest-growing retail markets, is all about and what led to the sudden change in tone.

What triggered the dispute?

In 2019, Amazon and Future, No. 2 player in India behind market leader Reliance, became business partners when the US company invested $200 million in a unit of the Indian group.

That deal, Amazon argues, came with non-compete clauses that prohibited Future from selling retail assets to certain rivals, including Reliance, run by one of India’s richest men, Mukesh Ambani. The deal also included clauses for settlement of any disputes under rules laid down by the Singapore International Arbitration Centre.

Amazon then approached Singapore arbitrators and successfully stopped the sale. Both parties have also challenged each other with lawsuits in Indian courts, including the Supreme Court, since the “seat of arbitration” remains in New Delhi and Indian law governs the proceedings.

What do Amazon and future say?

Amazon argues various agreements signed in 2019 with Future gave it special rights over Future’s retail assets, some of which it had also hoped to ultimately own should India’s rules for foreign investors be eased. The potential Future-Reliance deal “destroys” the latter prospect, the US company has said.

Future denies any wrongdoing, saying Amazon is illegally seeking to exert control on Future’s retail business. Future Retail – the group’s flagship retail arm – says it faces liquidation and its more than 27,000 employees can become jobless if the Reliance deal fails.

Both sides have deployed a battery of lawyers and top Indian legal firms are involved in the high-profile matter. Two lawyers who formerly occupied the position of solicitor general of India have played a key role in arguing for Amazon and Future.

At stake is whether Amazon can become a bigger force in a $900-billion retail market, with 1.3 billion consumers, than Reliance.

Reliance has 1,100 supermarkets, while Future has around 1,500. Both are expanding fast into e-commerce, but the Future deal will immediately boost the retail footprint of Reliance, which has attracted marquee foreign investors in the business.

For its part, Amazon has invested $6.5 billion in India, which it counts as a key growth market where it is a leading e-commerce player. The Future partnership had already allowed Amazon to boost its online portfolio of grocery deliveries by integrating the Indian company’s stores on its website.

How did India’s antitrust agency get involved?

Future last year complained to India’s antitrust agency that Amazon was making incorrect and contradictory submissions about the intent of the 2019 deal.

Amazon said it never concealed any information, but last December the watchdog suspended its approval of the 2019 deal with Future, saying there was “a deliberate design on the part of Amazon to suppress the actual scope” of the deal and its interest in Future’s retail businesses.

In a setback for the US giant, an Indian court in January halted the Singapore arbitration proceedings between the two sides in light of the antitrust decision.

Why Amazon extended an olive branch

In a sudden move on February 25, Reliance, which had not played a public role in the dispute, started executing a de facto takeover of some 500 Future stores that represent the crown jewels of its retail network.

Reliance had assumed many of the leases held by cash-strapped Future and has now moved to take over possession, citing missed rental payments.

That spooked Amazon, sources say. On March 3, Amazon cited takeover of shops and extended an olive branch during a Supreme Court hearing, saying the “whirlpool” of litigation must end. Future agreed to the talks, which are currently ongoing. – Rappler.com