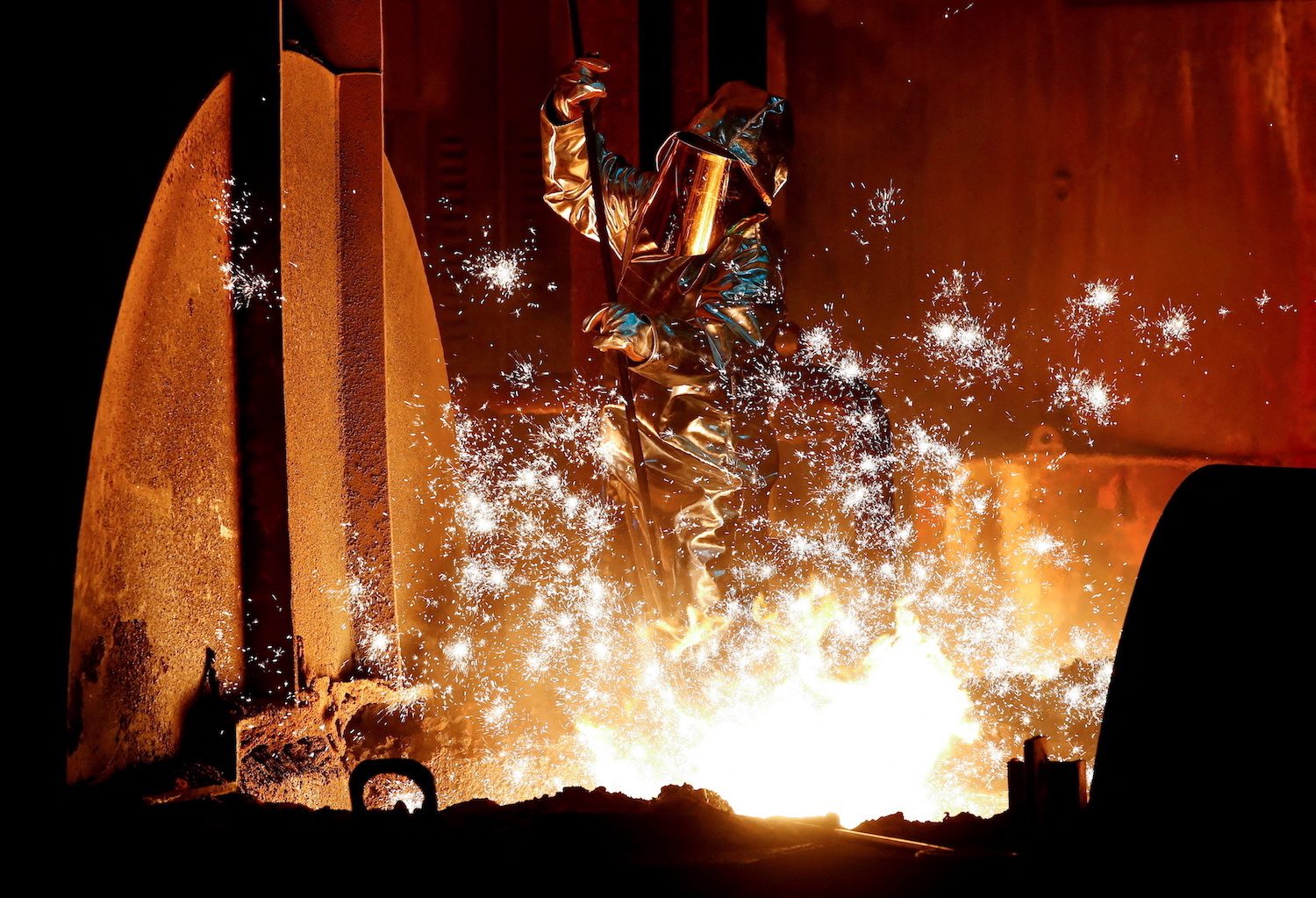 Russia’s invasion of Ukraine and how the world reacts could have wide-ranging repercussions for the European economy, from rising energy and food prices to economic sanctions that hit trade and investment.

That in turn will affect how quickly the economy gets back on its feet after two years of the coronavirus pandemic and the ability of policymakers, among them the European Central Bank (ECB), to wind down emergency support measures. Following are some key variables and vulnerabilities.

What is the likely impact on inflation?

The escalation of tensions into outright conflict has the potential to generate immediate and rapid fuel and food price inflation.

European Union countries buy 41.1% of their imported gas from Russia and 27% of their oil: thus, any restriction of supplies would quickly lead to higher energy prices. That would ripple through the economy from higher heating and fuel bills to costlier transport and power for businesses.

Food supplies would also likely be hit. Natural gas is the main component in many fertilizers, so higher gas costs would likely push up all crop prices. Separately, Ukraine exported over 33 million tons of grain last year so any disruption there would reverberate across global markets – including in Europe.

Overall, Bank of America Securities estimates an escalation could push eurozone inflation up 1 point to 4% for 2022.

And on trade and investment?

This will depend on the new sanctions due to be studied by EU leaders at an emergency summit on Thursday, February 24. They will be “the harshest package of sanctions we have ever implemented,” the bloc’s foreign policy chief Josep Borrel said.

The eurozone’s export exposure to Russia has roughly halved since the confrontation over Crimea in 2014, as European firms looked to secure alternative trading partners.

EU exports to Russia now amount to 80 billion euros ($89.31 billion) worth of goods annually, worth 0.6% of EU gross domestic product. They are mainly machinery and cars, chemicals, and manufactured goods.

Among EU countries, Germany is both Russia’s biggest exporter and importer; France, the Netherlands, Poland, Italy, Belgium all have sizeable trade.

“Coming with strong sanctions against Russia is going to have some impact on the EU economy and we need to be ready for this,” European Commission Executive Vice President Valdis Dombrovskis told Reuters on Wednesday, February 23.

The EU is also the largest foreign investor in Russia with total direct investment of 311.4 billion euros in 2019. That pales though compared with 2.16 trillion euros EU companies have invested in the United States.

Russian investment in the EU is yet smaller at 136 billion euros. Depending on the severity of any sanctions and counter-sanctions, some or all of the European presence in Russia could be impacted.

“On paper it is a lot, but this is only a small fraction of overall foreign direct investment of EU companies,” said Daniel Gross, head of the CEPS think tank in Brussels, who added he saw little risk of Moscow wanting to expropriate plants run by EU companies because of the complexities entailed in running them.

So what is the overall impact to the eurozone economy?

Clearly negative. Higher energy and food prices would sap household purchasing power and erode confidence. Consumption would be hit quickly and investments would likely fall in the weeks and months afterwards.

“The geopolitical clouds that we have over Europe, if they were to materialize, would certainly have an impact on energy prices and, through energy prices, an increased cost throughout the whole structure of prices,” ECB President Christine Lagarde said in early February, citing hits to consumption and investment.

The Bank of America study reckoned an escalation would put at risk 0.5 percentage point of Europe’s output directly through the drag on private consumption. Many consumers have built up buffers in the form of excess savings amassed during the pandemic, but some of those savings have already been eroded by soaring fuel bills.

What would the ECB do?

The challenge for the ECB, which sets monetary policy for the 19 countries sharing the euro, is that the Ukraine conflict has the potential both to add inflationary pressures and depress economic activity.

Normally, ECB policymakers look past short-term volatility because policy is only effective 12 to 18 months out.

Still, with inflation already at a record high 5.1% and the ECB planning to unwind stimulus in the coming months, it could come under pressure to act faster to try and counter further price rises even if that risked hitting future output.

Others argue this is precisely the reason to stay cautious and not set a fixed date to end ECB’s main Asset Purchase Program (APP) – as some ECB policymakers did ahead of the Russian invasion.

“Judging the situation from today’s point of view, I would rather favor a continuation of the APP at least until the end of the year, beyond September,” Bank of Greece Governor Yannis Stournaras, a member of the ECB’s Governing Council, told Reuters.

That is what ECB policymakers are likely to debate when they meet in Paris on Thursday for what had initially been billed an informal get-together. It will help shape their decisions at the next policy meeting on March 10. – Rappler.com