EXPLAINER: What is happening with US gasoline prices? 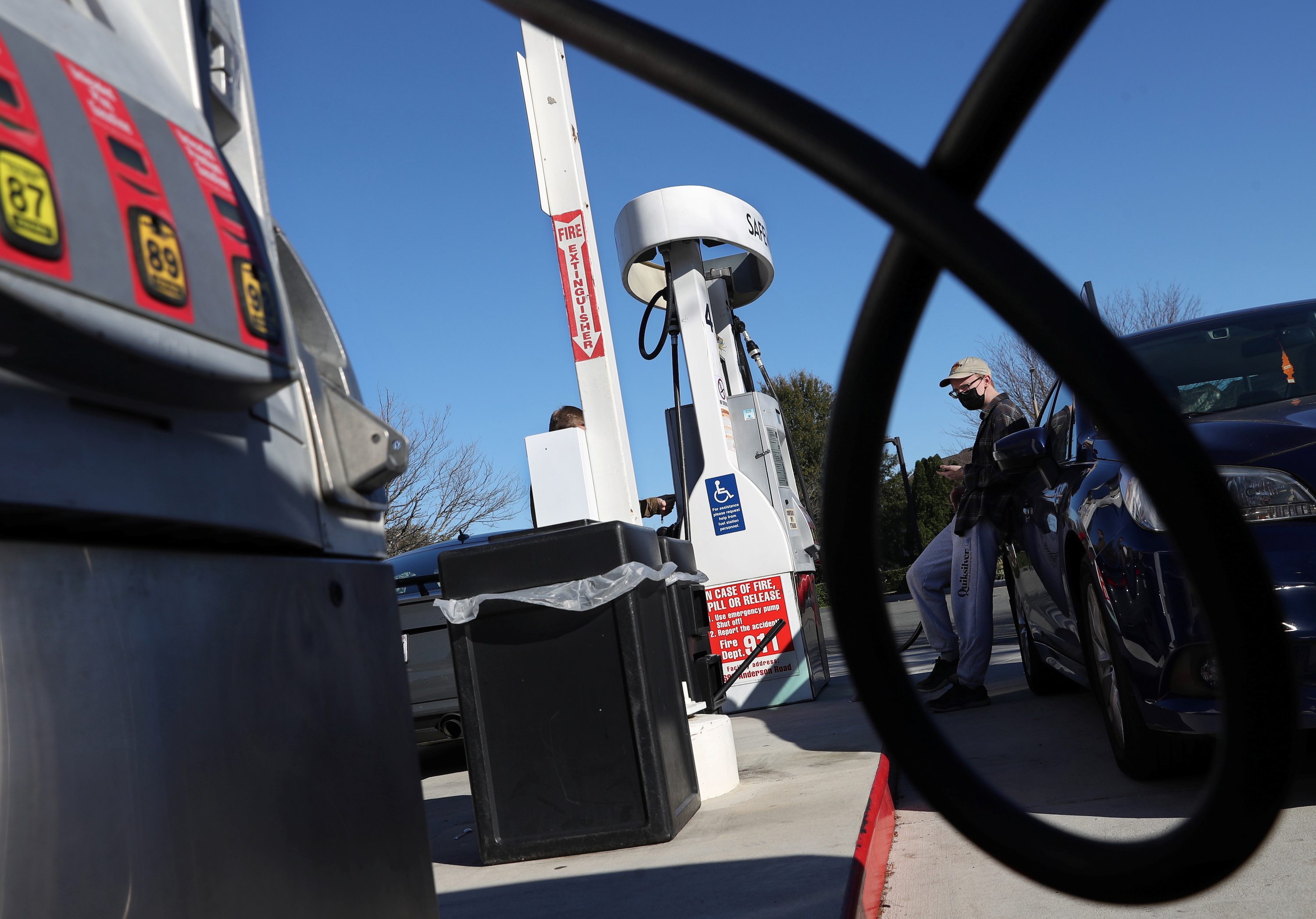 FILLING UP. Customers purchase gas for their cars at a Safeway gas stop in McLean, Virginia, November 24, 2021.

The United States uses more gasoline than any other nation in the world, and lately Americans have grown concerned about the swift rise in costs at the pump.

The White House on Tuesday, November 23, announced plans to release millions of barrels of oil from strategic reserves in coordination with other nations in hopes of lowering costs.

The average retail price of gasoline was most recently at $3.40 for a regular gallon, up from roughly $2.11 at this time a year ago. The swift increase – 61% over 12 months – has alarmed consumers.

A projected 48.3 million people are expected to hit the roads over Thanksgiving, according to the American Automobile Association, nearly 4 million more than last year, though still short of 2019 levels.

Have gasoline prices ever been this high?

Yes. The cost of a gallon of regular gasoline hit $4.11 in July 2008. The current cost is still substantially lower than that, but a rise this swift is rare.

What goes into the price of gasoline?

There are several factors. Crude oil accounts for more than half of the cost, according to the US energy department. That price is largely determined by supply and demand worldwide.

Consumers pay additional costs for blending ethanol and other additives, as well as for distribution and marketing. Those costs have risen significantly, according to Tom Kloza, global head of energy analysis at the Oil Price Information Service.

“Gasoline you get at the pump is really containing eight or nine different elements, all of which have increased in cost in recent months,” said Kloza.

Roughly 17% of the cost comes from taxes. The federal gasoline tax is 18 cents, while the average taxes and fees per state is 30 cents, though this varies. 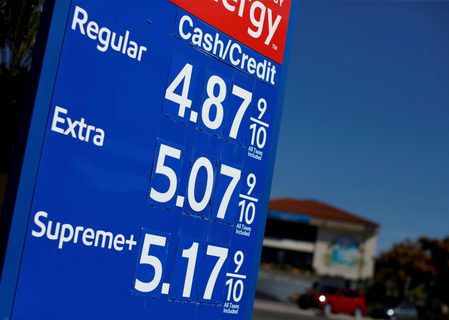 The release from the US Strategic Petroleum Reserve would be a combination of a loan and a sale to companies, US officials said, for a total of 50 million barrels.

Oil prices have fallen for several days as the oil market expected news of a potential release. However, because it takes time for a strategic release to work its way into the refining process, drivers are not likely to see pump prices fall when they hit the road for the US Thanksgiving holiday on Thursday, November 25.

“It is unlikely the price relief will be passed down to consumers in the near short term, unless the Biden administration prioritizes the release of gasoline stocks,” said Louise Dickson, senior oil markets analyst at Rystad Energy.

What else can be done to lower prices at the pump?

In response to higher gasoline prices in his state, Florida Governor Ron DeSantis asked lawmakers on Monday, November 22, to consider waiving the gasoline tax in the state, which is used to fund public transportation infrastructure. Florida’s total state taxes and fees are nearly 35 cents, above the national average.

“Other Republican-leaning states may follow suit, especially if they argue the revenues will be made up from funding within the federal infrastructure bill,” Kloza said.

Where are gasoline prices headed after this week?

Gasoline prices are likely to decrease in the coming weeks, but a lot of that is due to lower demand for the fuel in the winter months, according to Kloza.

When demand for gasoline returns, US consumers will likely return to the pumps but the capacity to refine the oil is diminished after a year in which even sizable refineries shuttered across the globe.

President Joe Biden, in his remarks on releasing oil from the strategic reserve, said prices should be about 25 cents lower than they are now. Indeed, the gap between unfinished gasoline futures known as RBOB, and retail prices, is currently $1.14 a gallon, highest since April 2020. – Rappler.com