EXPLAINER: What’s at stake in WTO talks on fishing rules? 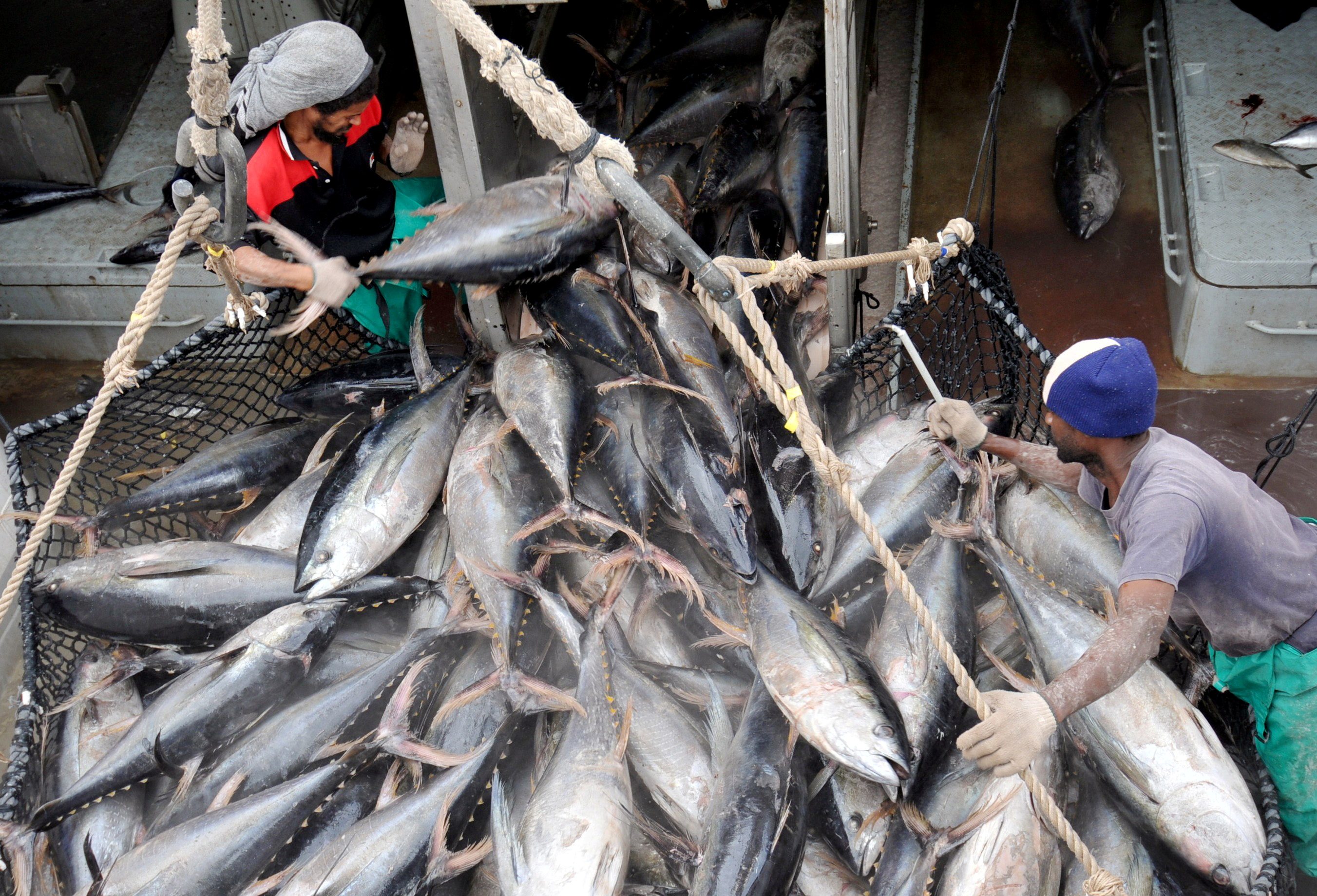 Negotiators at the World Trade Organization (WTO) have been trying for 20 years to agree how to cap subsidies that contribute to the overfishing of the world’s seas and oceans.

They missed a deadline of December 2020 fixed by the United Nations to clinch a deal, although they did finally agree last year on the definition of “fish.”

The portion of fish stocks within biologically sustainable levels has plunged from 90% in 1990 to less than 66% in 2017, according to the United Nations Food and Agriculture Organization, with some regions such as the Mediterranean significantly lower.

Environmentalists say knocking out subsidies that promote unsustainable fishing is the single most important thing governments can do to help reverse the decline.

A deal would also help dispel doubts about the usefulness of the WTO itself.

What is the main problem?

Governments have been subsidizing their fleets for centuries for reasons ranging from food security or pressure from industry lobbies to simple national pride.

Global marine catches kept growing after World War II, peaked at 86 million tonnes in 1996, and have stayed around that level ever since.

Without government intervention, a reduction in catches would put some fishermen out of business. But subsidies that reduce their operating costs, for instance for fuel, mean they can continue.

This is creating what fisheries biologist Daniel Pauly at the University of British Columbia describes as a “race to the bottom,” with countries that have depleted stocks in their own waters traveling further to compete for those that remain.

The Pew Charitable Trusts estimates that an ambitious deal at the WTO could boost the amount of fish in the world by 12.5% by 2050, based on a model it shared with negotiators.

However, the measures contained in a recent draft were only projected to produce an increase of less than 2%.

Where is the crisis deepest?

Among the biggest losers from the current subsidies are developing countries such as Senegal whose economies rely heavily on fishing but who do not have resources to develop large industrial fleets to compete with those entering their waters.

This can deprive locals of both livelihoods and a vital source of protein. A fall in stocks of predator fish including white groupers has forced Senegalese fishing boats to switch to smaller sardinella.

The environmental impact of subsidies is also being felt on the high seas, beyond nations’ territorial waters.

There are also concerns that hundreds of Chinese squid jiggers that come to fish near the Galapagos Islands each year will deplete stocks and rob other species such as tuna, fur seals, and hammerhead sharks of their prey.

Who are the major subsidizers?

Global subsidies are estimated at $35.4 billion according to a 2019 study published in Marine Policy.

The top five subsidisers are China, the EU, the United States, South Korea, and Japan, it said. However, not all subsidies are considered “harmful” and some would not be covered by any WTO agreement.

Without subsidies, much high-seas fishing would not be profitable, including damaging deep-sea bottom trawling, a 2018 article in Science Advances said.

How close is the WTO to a deal?

A previous round of talks ended in discord at the last WTO ministerial meeting in Buenos Aires in 2017. But analysts warn that coming away empty-handed again would be a major blow to an organization that has not landed a multilateral deal in years.

In this round of talks, led by Colombia’s Santiago Wills, five draft versions of the agreement have been produced.

Negotiators say the most vexed outstanding issue is the size of exemptions for developing countries, with countries including India pushing for big carve-outs.

Alongside that, Beijing opposes attempts to limit subsidies for fishing on the high seas. And some delegates see proposals such as one made by Washington in May to address the use of forced labor – a hidden subsidy – as unhelpful since they are unlikely to be agreed by all 164 members.

Many negotiators see the virtual format of the July meeting, made necessary by coronavirus measures, as a handicap. – Rappler.com