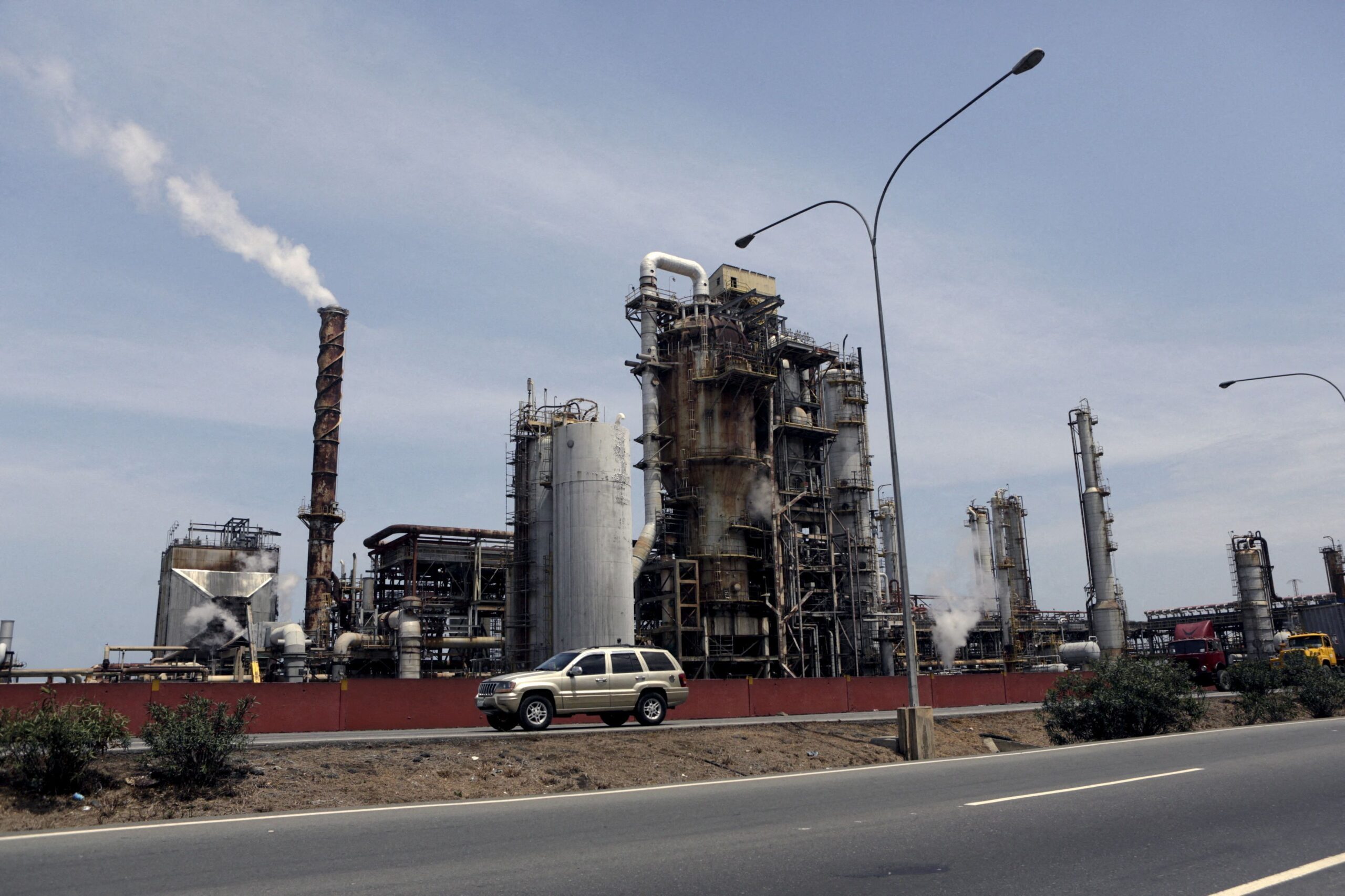 OIL REFINERY. A car drives past El Palito refinery which belongs to PDVSA in Puerto Cabello, in the state of Carabobo, Venezuela, March 2, 2016.

Facebook Twitter Copy URL
Copied
There is a lack of adequate refining capacity to process crude into gasoline and diesel to meet high global demand. Here's why.

Drivers around the world are feeling pain at the pump with fuel prices soaring, and costs are surging for heating buildings, power generation, and industrial production.

Prices were already elevated before Russia invaded Ukraine on February 24. But since mid-March, fuel costs have surged while crude prices are up only modestly. Much of the reason is a lack of adequate refining capacity to process crude into gasoline and diesel to meet high global demand.

How much can the world refineries produce daily?

Overall, there is enough capacity to refine about 100 million barrels of oil a day, according to the International Energy Agency (IEA), but about 20% of that capacity is not usable. Much of that unusable capacity is in Latin America and other places where there is a lack of investment. That leaves somewhere around 82 million to 83 million barrels per day (bpd) in projected capacity.

How many refineries have closed?

The refining industry estimates that the world has lost a total of 3.3 million barrels of daily refining capacity since the start of 2020. About a third of these losses occurred in the United States, with the rest in Russia, China, and Europe. Fuel demand crashed early in the pandemic when lockdowns and remote work were widespread. Before that, refining capacity had not declined in any year for at least three decades.

Will refining pick up?

How much has refining declined since before the pandemic?

In April, 78 million barrels were processed daily, down sharply from the pre-pandemic average of 82.1 million bpd. The IEA expects refining to rebound during the summer to 81.9 million bpd as Chinese refiners come back online.

Where is most refining capacity offline, and why?

The United States, China, Russia, and Europe are all operating refineries at lower capacity than before the pandemic. US refiners have shut nearly 1 million bpd of capacity since 2019 for various reasons.

Nearly 30% of Russia’s refining capacity was idled in May, sources told Reuters. Many Western nations are rejecting Russian fuel.

China has the most spare refining capacity, but refined product exports are only allowed under official quotas, mainly granted to large state-owned refining companies and not to smaller independent companies that hold much of China’s spare capacity.

As of last week, run rates at China’s state-backed refineries averaged around 71.3% and independent refineries were around 65.5%. That was up from earlier in the year, but low by historic standards.

What else is contributing to high prices?

The cost to carry products on vessels overseas has risen due to high global demand, as well as sanctions on Russian vessels. In Europe, refineries are constrained by high prices for natural gas, which powers their operations.

Some refiners also depend on vacuum gasoil as an intermediate fuel. Loss of Russian vacuum gasoil has prevented certain refiners from restarting certain gasoline-producing units.

Who is benefiting from the current situation?

Refiners, especially those that export a lot of fuel to other countries, such as US refiners. Global fuel shortages have boosted refining margins to historic highs, with the key 3-2-1 crack spread nearing $60 a barrel. That has driven big profits for US-based Valero and India-based Reliance Industries.

India, which refines more than 5 million bpd, according to the IEA, has been importing cheap Russian crude for domestic use and export. It is expected to boost output by 450,000 by year-end, the IEA said.

More refining capacity is set to come online in the Middle East and Asia to meet growing demand. – Rappler.com