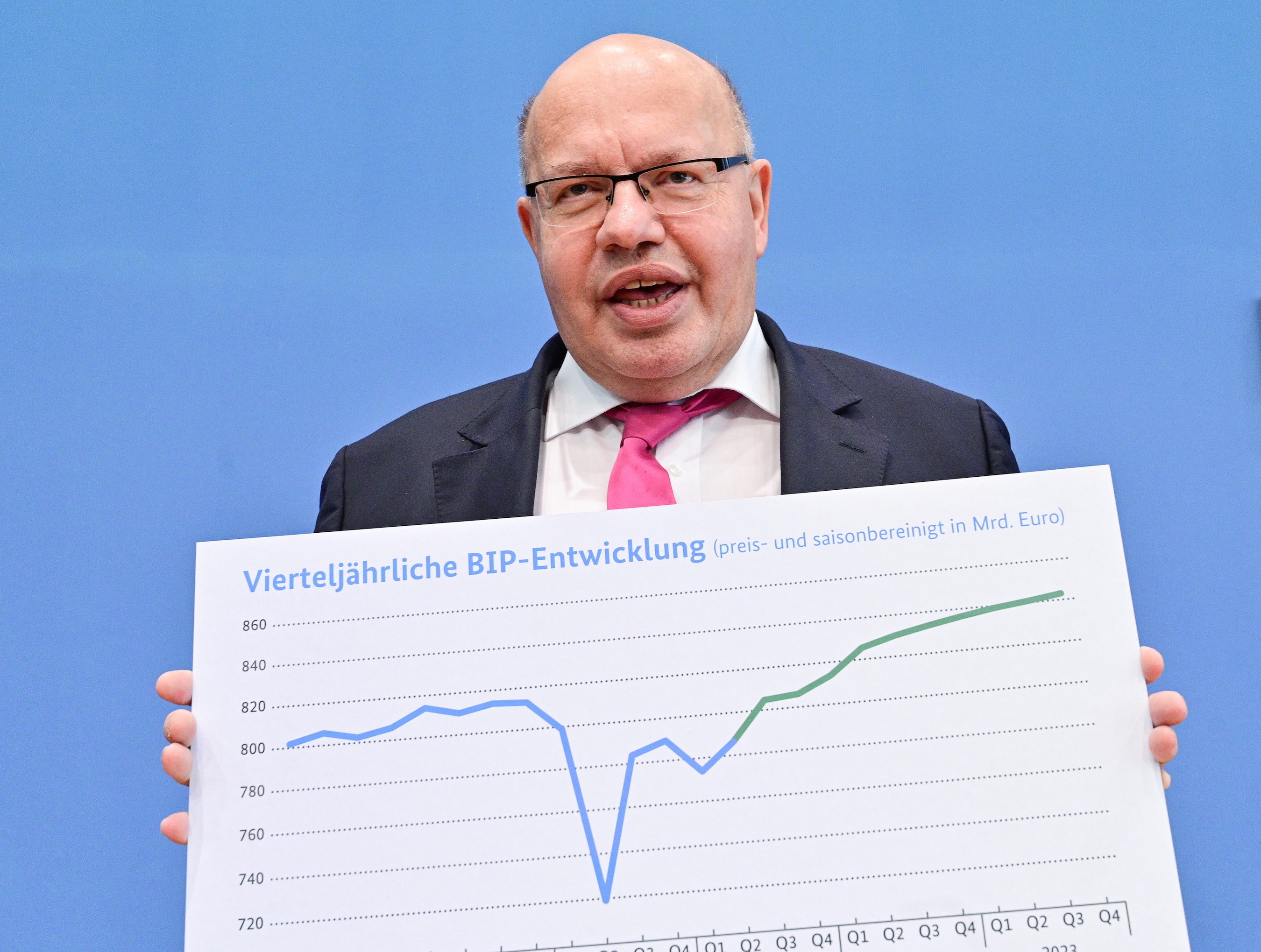 FORECASTS. German Economy Minister Peter Altmaier poses with a placard showing the economic projections for the fall, at the end of a press conference in Berlin, Germany, October 27, 2021.

Facebook Twitter Copy URL
Copied
The delayed recovery means that the German economy won't reach its pre-crisis level in 2021, but likely at the beginning of 2022

The German government on Wednesday, October 27, cut its growth forecast for this year to 2.6% but raised its estimate for next year to 4.1% as supply bottlenecks for semiconductors and rising energy costs delay the recovery in Europe’s largest economy.

Confirming an earlier Reuters report, Economy Minister Peter Altmaier said the economy remained robust despite the COVID-19 pandemic, but supply chain woes in manufacturing and a surge in energy prices were complicating the recovery.

“In view of the current supply bottlenecks and high energy prices worldwide, the hoped-for final spurt will not happen this year,” Altmaier said.

“In 2022, the economy will gain momentum significantly.”

The delayed recovery means that the German economy won’t reach its pre-crisis level this year, but likely at the beginning of 2022.

The revised government forecast for gross domestic product growth compares with an April prediction for the economy to grow by 3.5% in 2021 and by 3.6% in 2022.

Altmaier said automobile manufacturers are currently not able to build hundreds of thousands of cars due to a lack of semiconductors and other electronic components.

To ease the supply problems, the government is ready to support the construction of local semiconductor factories with several billion euros, Altmaier said, adding that he was hopeful this would mobilize even higher investments by companies soon.

The widespread bottlenecks in production, coupled with unusually high demand, are leading to price increases, with the government expecting inflation to surge to 3% this year.

Altmaier said he saw a chance that the price rally on energy markets would end soon, adding that he did not expect any supply problems on gas markets during the winter months. – Rappler.com