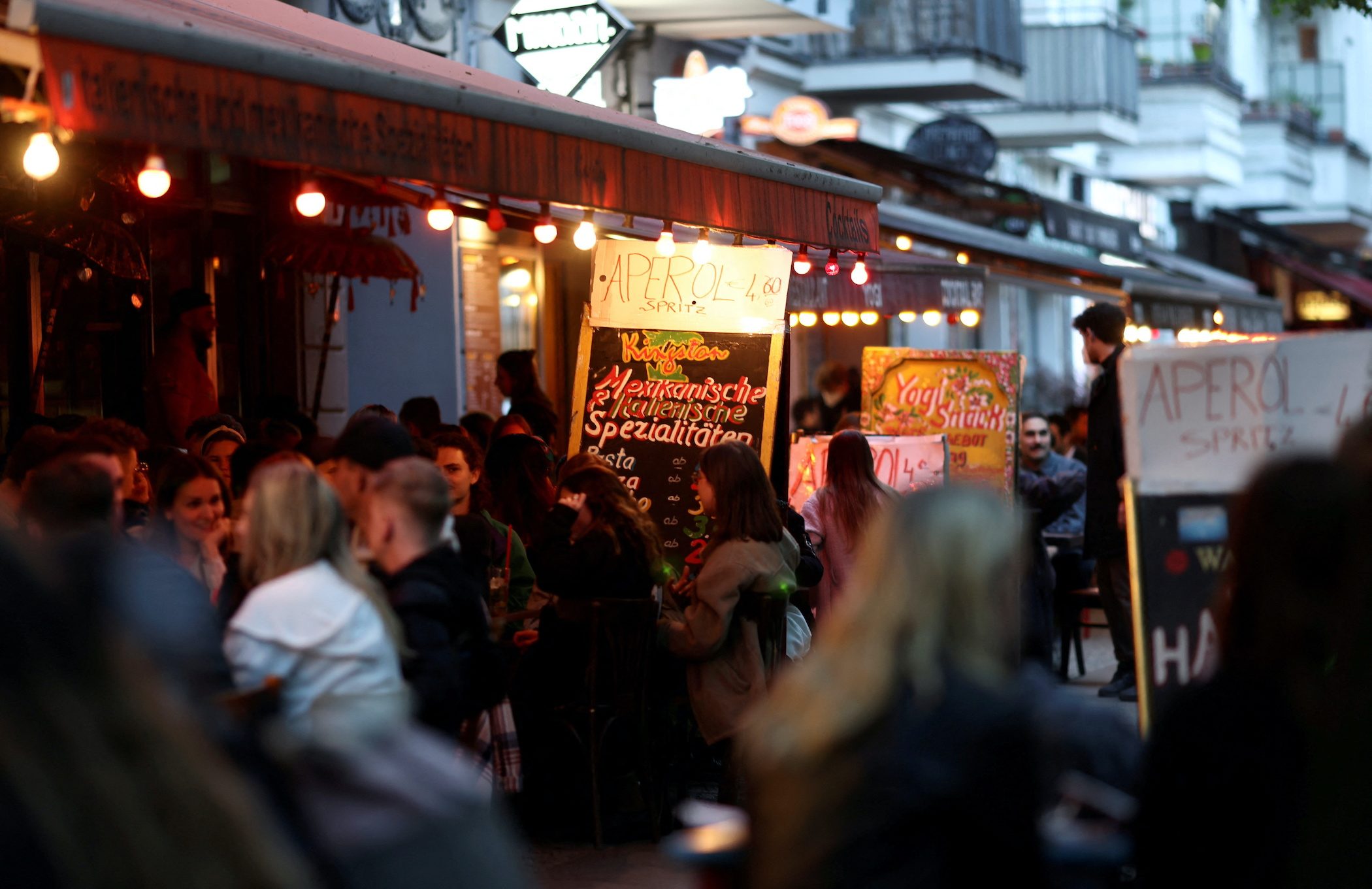 BAR. People enjoy the evening at a bar along Simon Dach Street in Berlin, Germany, May 21, 2021.

BERLIN, Germany – German business morale plummeted in March as companies worried about rising energy prices, driver shortages, and the stability of supply chains in the wake of the war in Ukraine, pointing to a possible future recession, a survey showed on Friday, March 25.

The Ifo institute said its business climate index dropped to 90.8 in March from a downwardly revised 98.5 in February. A Reuters poll of analysts had pointed to a March reading of 94.2.

“The message from Germany’s most important economic barometer is clear: the German economy is very likely to slide into recession,” said Thomas Gitzel, chief economist at VP Bank Group.

The publication of the purchasing managers’ index on Thursday, March 24, gave some hope the German economy had so far been able to absorb the economic consequences of the war, but Friday’s Ifo index “teaches us otherwise,” Gitzel said.

“The extreme divergence between the situation and expectations is typical. Even if not much has actually happened, uncertainty due to the war is very high,” said Jens-Oliver Niklasch, senior economist at Landesbank Baden-Wuerttemberg.

Ultimately, the uncertainty goes far beyond the Ukraine war, raising questions about the sustainability of Germany’s business model, said Andreas Scheuerle at Decabank, pointing to the one-sided dependence of Europe’s largest economy on supplier and customer countries.

According to Commerzbank’s Joerg Kraemer, companies are particularly afraid of such risks as a Western boycott of Russian oil, which would lead leave the market considerably undersupplied and catapult the prices upwards.

The index for business expectations also fell to 85.1 from 98.4, the sharpest plunge since the outbreak of the coronavirus pandemic.

At the moment, two-thirds of industrial companies want to raise their prices more than ever before and retailers are also looking to follow suit, Ifo economic expert Klaus Wohlrabe told Reuters.

“This is a domino effect,” he said.

The service sector can initially rejoice at the easing of COVID-19 curbs, but trouble is looming on the horizon as filling up the car tank has become a burden and families will have to cut down on leisure activities, Gitzel said.

At the same time, the relief package announced by the German government on Thursday is nowhere near enough to compensate for the increased costs, Gitzel said. – Rappler.com