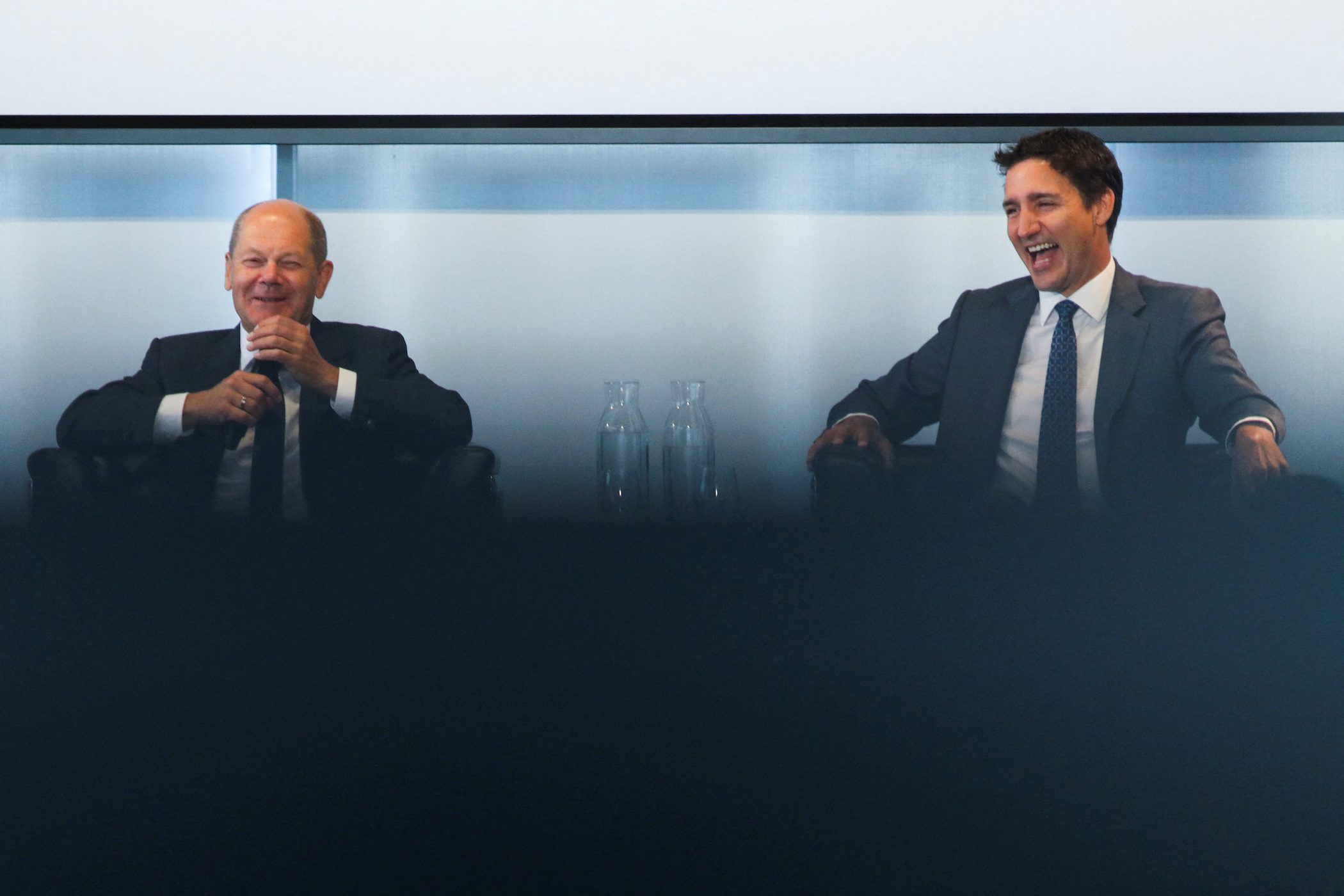 Facebook Twitter Copy URL
Copied
Canada currently has no liquefied natural gas terminals, though two are being built on the West Coast

Also on the final day of an official visit that started on Sunday, August 21, Scholz and Canadian Prime Minister Justin Trudeau in Newfoundland announced a “hydrogen alliance” aimed at accelerating efforts to export the clean fuel to Germany by 2025.

“As Germany is moving away from Russian energy at warp speed, Canada is our partner of choice,” said Scholz at a German-Canadian economic conference in Toronto. “For now, this means increasing our LNG imports. We hope that Canadian LNG will play a major role in this.”

Canada currently has no LNG terminals, though two are being built on the West Coast.

Canada is in the process of increasing its natural gas export capacity by up to 100,000 barrels of oil equivalent per day by the end of the year as Europe tries to decrease its reliance on Russian supplies.

“Canada is doing our part to add to the global energy supply right now,” Trudeau said, adding, however, that the goal is to make the country a key supplier of clean energy like hydrogen.

Trudeau on Monday, August 22, left the door open for new LNG projects from Canada’s Atlantic coast, but he emphasized the economic difficulties of such projects, which would take years to complete as the world races to cut its dependence on fossil fuels.

Desperate to plug gaps in natural gas supplies from Russia this winter, Germany “is quite keen for gas from just about anywhere,” the source said.

In recent months, Canada and Germany had indicated that they were discussing options for LNG terminals on the Atlantic coast, and Canada’s Environment Minister Steven Guilbeault told Reuters in June that Repsol’s facility in New Brunswick was the most feasible project.

Canada has two LNG projects planned on its Pacific coast: Shell-led LNG Canada is due to begin operating in 2025, and Woodfibre LNG, a subsidiary of Pacific Energy Ltd, is expected to be completed in 2027.

What is certain is that the two countries see hydrogen’s potential as a clean fuel.

Through the hydrogen alliance, Canada and Germany intend to establish a transatlantic supply corridor while also coordinating policies to attract investments in hydrogen projects.

“German companies are already signing deals to buy made-in-Canada hydrogen,” Trudeau said in Stephenville, Newfoundland. “There is no doubt the demand is there.”

German energy firms Uniper and E.ON earlier on Tuesday said they planned to work on deals with Canada’s EverWind to buy a total of 1 million metric tons of green ammonia a year from the middle of the decade in a bid to further diversify away from Russian energy.

Apart from hydrogen, Canada signed agreements on Tuesday with German carmakers Volkswagen and Mercedes-Benz to intensify efforts to secure access to key battery materials like lithium, nickel, and cobalt that are needed for electric vehicles. – Rappler.com