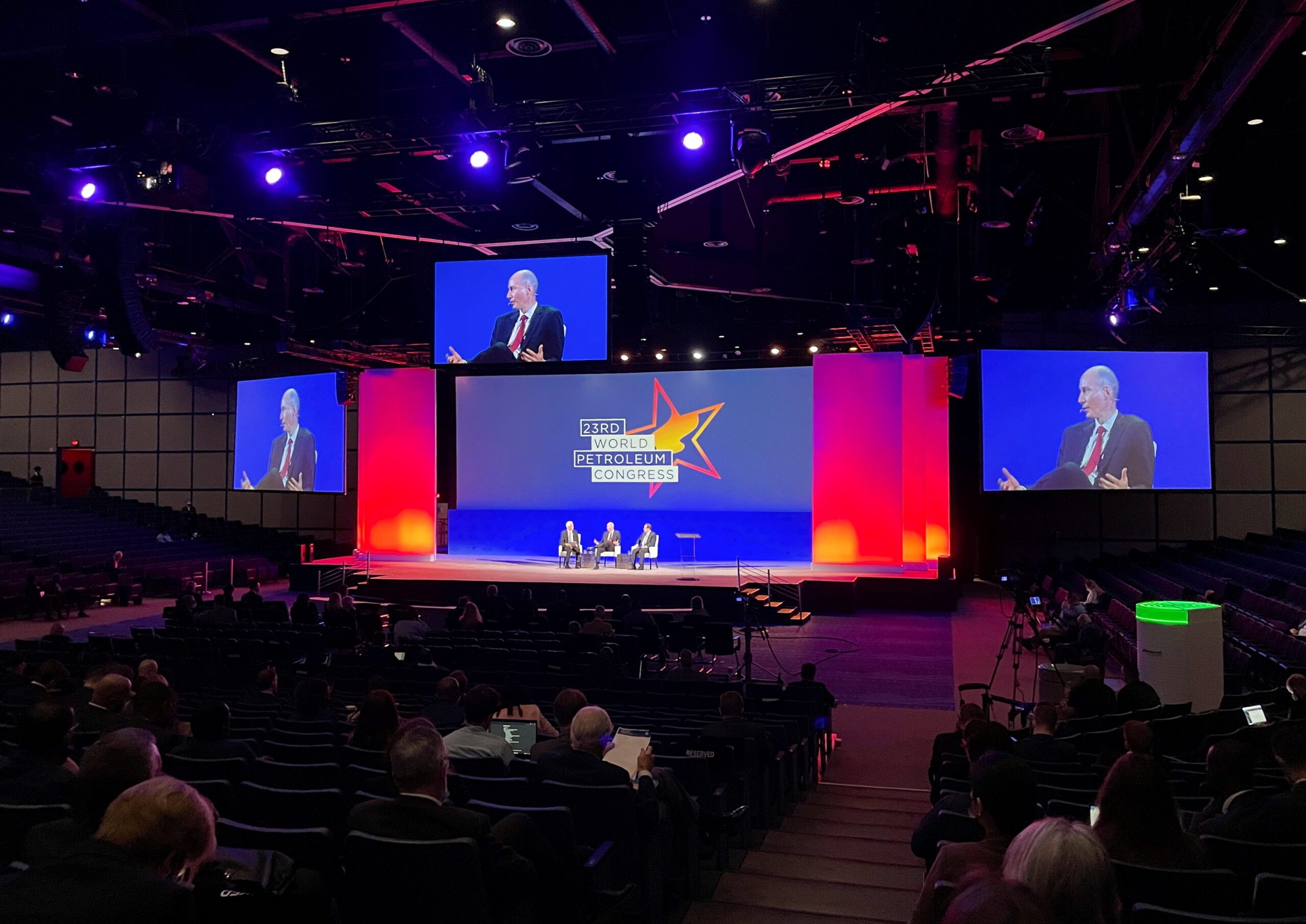 HOUSTON, Texas – A global energy conference devoted to future technologies and low-carbon strategies kicked off in Houston on Monday, December 6, with top executives from energy companies affirming the need for more oil for decades to come.

The World Petroleum Congress’ four days of discussion started with chief executives from global giants Exxon Mobil, Saudi Aramco, Chevron, and Halliburton all promoting the need to deliver oil and gas globally even as the world transitions to cleaner fuels.

World fossil fuel demand has rebounded sharply in 2021, with natural gas already at pre-pandemic levels and oil nearing levels reached in 2019. As demand has soared, economies in Europe and Asia have had to face power and heating supply shortages, forcing them to scramble for fuel or limit demand, and prices have surged. At the same time, numerous large oil-producing countries have not been able to keep up with output targets.

“The world is facing an even more chaotic energy transition,” said Saudi Aramco chief executive officer Amin Nasser. “Energy security, economic development, and affordability are clearly not receiving enough attention. Until they are, and we clear the gaps in the transition strategy, the chaos will only intensify.”

Large global majors, especially those based in Europe, are limiting exploration and production in an attempt to shift to renewable power development and as governments promote efforts to cut carbon emissions to deal with rising worldwide temperatures.

Anders Opedal, CEO of Norway’s Equinor, said energy companies have a responsibility to bring down emissions and provide energy. “We will need oil and gas for many years to come but with reduced emissions,” he said.

Exxon is targeting net zero greenhouse gas emissions from its US Permian assets by 2030, as part of a plan to reduce upstream emissions.

“The fact remains, under most credible scenarios, including net zero pathways, oil and natural gas will continue to play a significant role in meeting society’s need,” Exxon CEO Darren Woods said at the conference.

“The world will continue to need energy to get us through the transition,” he said.

US officials took the opportunity to talk about President Joe Biden’s clean energy agenda while insisting on the need to address high fuel prices. The Biden administration has had a strained relationship with the fossil fuel industry in its first year in office.

Oil majors need to “step on to the plate” and be part of the climate solution, said David Turk, deputy US secretary of energy. “First movers will have significant advantages.”

Washington will not “stand in the way” of companies willing to increase domestic oil production as the industry tries to fully recover, he said.

“We need to make sure everyone has affordable, reliable, and resilient energy,” he said.

The conference was sapped of some of its star power at the outset due to COVID-19 travel restrictions that forced the Organization of the Petroleum Exporting Countries‘ secretary general and energy ministers from top oil producing nations like Saudi Arabia, Kazakhstan, and Qatar, to bow out, along with the CEOs of BP, Sonatrach, and Qatar Energy. – Rappler.com