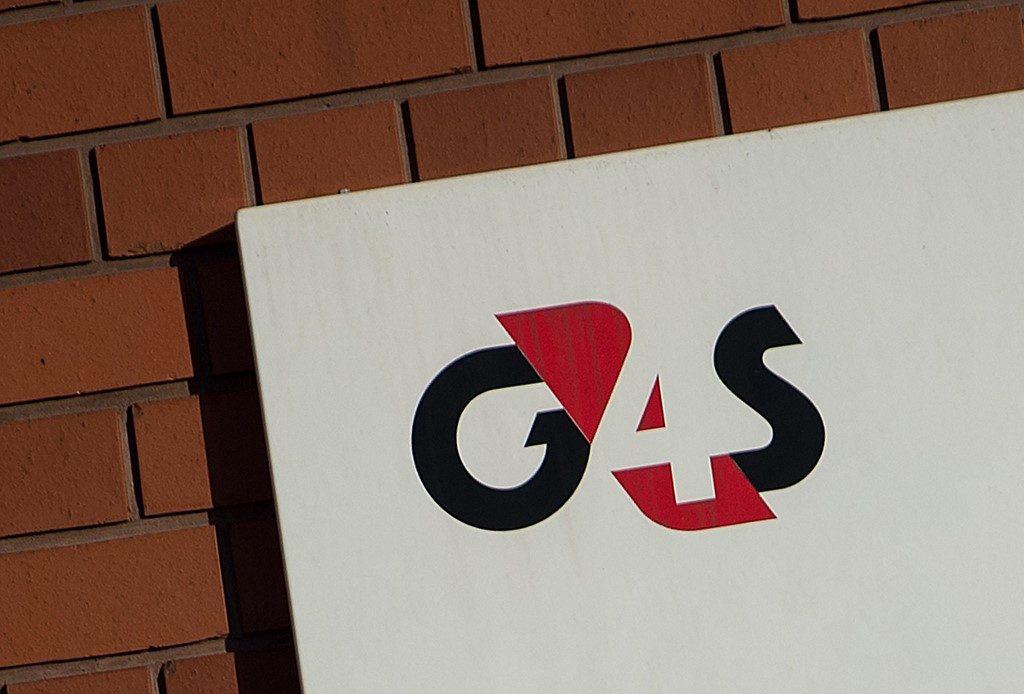 SECURITY FIRM. The G4S logo is seen on a sign at the entrance to HMP Birmingham in Winson Green, Birmingham, central England, on December 17, 2016.

G4S’ board said it was “unanimously recommending” Allied’s improved offer, worth $5.1 billion or 4.2 billion euros, after concluding that 245 pence per share was “fair and reasonable.”

Shares in G4S stood at 256 pence on Wednesday, suggesting a higher bid could still emerge from GardaWorld, which offered £3.7 billion.

The suitors had pledged to improve their target’s tarnished image, with G4S having been caught up in scandals across the world over recent years.

He added that the enlarged group would have annual revenues of $18 billion.

Allied CEO Steve Jones said the combination will put them “in a stronger position to deliver enhanced value for all stakeholders and address customers’ evolving security needs in an increasingly volatile and fast-changing world.”

G4S attracted takeover attention after American security group Brink’s bought the majority of its cash-handling operations – which physically transport notes on behalf of businesses – leaving the British group to focus on its core activities.

In the United Kingdom, this includes providing security at 4 prisons, 21 test centers for COVID-19, and the under-construction Hinkley Point nuclear power plant.

“We have been impressed by the recent transformation of G4S which alongside our successful acquisition track record, underpins our confidence of ensuring a seamless integration of the two businesses,” Jones added.

G4S, which employs 533,000 staff across 85 countries, became a more attractive buying opportunity after its share price hit a 16-year low earlier this year on pandemic fallout.

Additionally, “sale of its cash-handling operations in April left it as a pure play on security solutions, where it is a world leader,” said Russ Mould, analyst at stockbroker AJ Bell.

G4S, which has a large presence in the US and Asia, traces its origins back to 1901 in Denmark and sees itself as a company that makes “a difference by helping people to live and work in safe and secure environments,” according to its website.

But the group has been beset by high-profile scandals, most recently in July when it agreed to pay £44.4 million for overcharging the UK government on electronic tagging contracts.

Last year, the company’s involvement in the British immigration and asylum sector was ended after the BBC filmed staff allegedly abusing detainees at a center in England.

In 2018, the UK government took back control of security operations at Birmingham prison following riots. Inspectors had found conditions there to be “appalling.”

The government also had to intervene in 2012 by drafting in army personnel when G4S failed to provide enough staff to cover security for the London Olympics.

Outside Britain, G4S in 2014 stopped providing security at an Israeli prison in the West Bank following pressure from human rights activists.

The same year, it sold a subsidiary that provided services at the US military’s Guantanamo Bay prison in Cuba, again after allegations of possible mistreatment.

It has nonetheless won other contracts there since. – Rappler.com