MANILA, Philippines – Business advocacy group Go Negosyo is in talks with suppliers of antiviral drug molnupiravir, to link them with micro, small, and medium enterprises (MSMEs) whose workers have been infected with COVID-19.

In a statement on Tuesday, January 11, Presidential Adviser for Entrepreneurship Joey Concepcion, the founder of Go Negosyo, said that based on initial talks, molnupiravir costs P1,991 to P5,200 per bottle, depending on the volume of orders and supplier.

Go Negosyo later clarified to Rappler that it will not purchase molnupiravir directly for MSMEs, and will only serve as a bridge to the suppliers.

Molnupiravir, which recently got emergency use authorization from the Food and Drug Administration, is an oral medicine which was found to reduce severe symptoms of COVID-19 and reduce its transmissibility.

“What is the impact there? There is a possibility that you can get patients to go back to work because they’re not transmissible because they’re taking the drug,” said infectious disease expert Dr. Rontgene Solante.

Solante said that based on studies, molnupiravir reduces the risk of hospitalization and the risk of dying by 30%.

Concepcion noted that the purchase of molnupiravir could “suffice for now” until Paxlovid, Pfizer’s antiviral COVID-19 pill, becomes widely available. 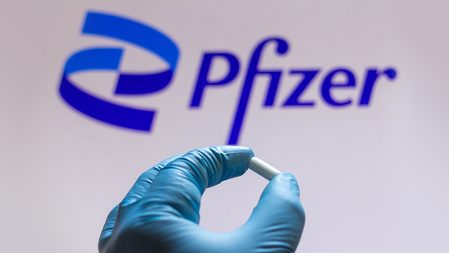 Go Negosyo was key to consolidating the private sector’s efforts to buy COVID-19 vaccines, back when supply was thin globally.