PLEA. In this file photo, farmers' groups mobilize for the passage of the coco levy trust fund bill.

Facebook Twitter Copy URL
Copied
The registry will contain separate records for both cash and non-cash coco levy assets. It will also classify the assets declared to belong to the government and those still subject of litigation.

A registry detailing coco levy assets was set up for the Philippine government to monitor the status and utilization of the multibillion-peso fund.

The Department of Finance (DOF) said the Coco Levy Asset Registry will detail the assets, including their fruits, acquired through the P75-billion fund.

The registry will contain separate records for both cash and non-cash coco levy assets. It will also classify the assets which have already been declared to belong to the government and those continuing to be subject of litigation.

The Presidential Commission on Good Government (PCGG) estimated the assets to be worth P113.88 billion, consisting of cash, shares of stock, holding and trading companies, as well as their subsidiaries.

However, the Trust Fund Management Committee (TFMC), the body tasked to monitor the coco levy fund, noted that some of the assets in the PCGG inventory are still under dispute in various courts such as the Supreme Court, Sandiganbayan, and regional trial courts.

The TFMC includes the finance, budget, and justice departments. 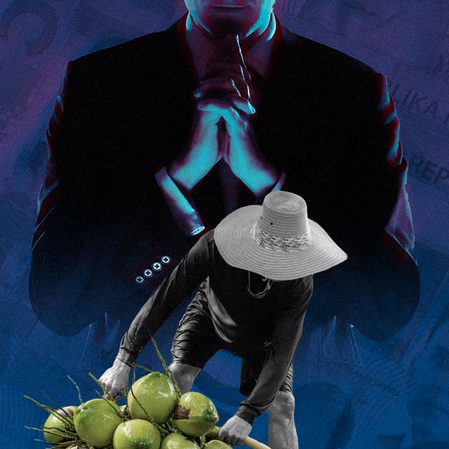 The coco levy fund scam is among the largest corruption schemes under the Marcos regime, which collected taxes from farmers amounting to P9.7 billion from 1971 to 1983.

Farmers were taxed by the government, only for their payments to be used by former president Ferdinand Marcos’ alleged cronies to invest in and buy businesses for their own benefit.

In February 2021, President Rodrigo Duterte signed the measure creating the coco levy trust fund to rehabilitate and modernize the country’s coconut industry. He earlier vetoed versions of the bill in 2019.

The Philippine Coconut Authority will be the agency tasked to use the trust fund based on a development plan.

Coconut farmers’ groups, however, earlier questioned the rules implemented by the TFMC, saying that they were not consulted. – Rappler.com