Facebook Twitter Copy URL
Copied
Economists downplay the idea that the scale of China Evergrande Group's problems represent a 'Lehman moment' in terms of global contagion risks, but it has certainly complicated matters for Beijing's policymakers

“China’s property sector and overall economy will slow notably, credit risks will rise further, and there is an increasing need for Beijing to step up its policy support,” Nomura analysts wrote this week, as fears of a default by China’s second largest property developer rocked global markets.

Economists downplay the idea that the scale of Evergrande’s problems represent a “Lehman moment” in terms of global contagion risks, but it has certainly complicated matters for Beijing’s policymakers. They have been trying to curb rampant borrowing and prevent an asset bubble in property, which accounts for about a quarter of China’s economy and is a key driver of demand for materials including concrete and steel.

Repeating that “housing is for living in, not for speculation,” authorities have limited developers’ debt ratios and access to loans and restricted house purchases.

At the same time, a regulatory squeeze across several industries in the name of President Xi Jinping’s “common prosperity” push, including banning much private tutoring and limiting minors’ online gaming, has ramped up uncertainty for companies and roiled share markets.

EXPLAINER: What is China’s ‘common prosperity’ drive and why does it matter? 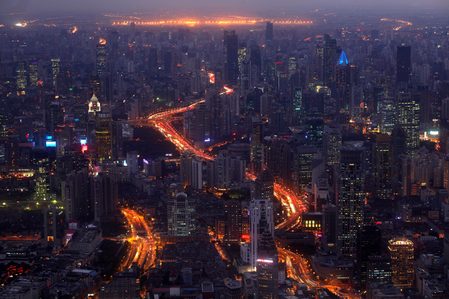 Many analysts expect another cut to the amount of cash banks must hold in reserve later this year, after a cut in July, although officials’ comments earlier this month cooled expectations for imminent easing.

“With the economy losing steam and concerns around the property sector growing, we think policy rate cuts by the PBOC could come as soon as next month,” Capital Economics wrote on Wednesday, September 22, referring to the People’s Bank of China.

Other analysts think a cut is possible but unlikely before the end of the year.

China stood pat on its benchmark lending rate for corporate and household loans for the 17th straight month at its September fixing.

China’s economy roared back to life after a coronavirus-induced slump in 2020, but activity fell back recently amid regulatory measures, supply bottlenecks, and restrictions from localized COVID-19 outbreaks.

More than 20 cities strengthened curbs on the property sector in August, when China’s home prices showed the slowest monthly rise since December. New property starts over the first eight months fell 3.2% from the previous year.

“The property down-cycle could cause growth pressure to mount next year, when policy focus might shift from regulation to policy supports for defending the 5% growth bottom line,” said Larry Hu of Macquarie, in a note.

Investors should look to the December meeting of China’s Politburo for signals on next year’s priorities, he added.

A wave of new regulations across tech and education has dampened business and wiped hundreds of billions of dollars from corporate valuations.

Weak loan growth in August was likely in part due to the regulatory clampdown, Iris Pang, chief economist for Greater China at ING, said in a note.

Some firms are not taking out loans as they reconsider investment, or find banks unwilling to take the risk amid uncertainties, she said.

Last month, Reuters reported that TikTok owner Bytedance had told employees it planned to lay off staff in its education business and close some tutoring operations. Juren Education Group, in the after-school tutoring sector, said earlier this month that it would shut down.

Services sector activity fell into sharp contraction in August for the first time since the depths of the pandemic in February last year, mainly due to COVID-19-related restrictions. – Rappler.com