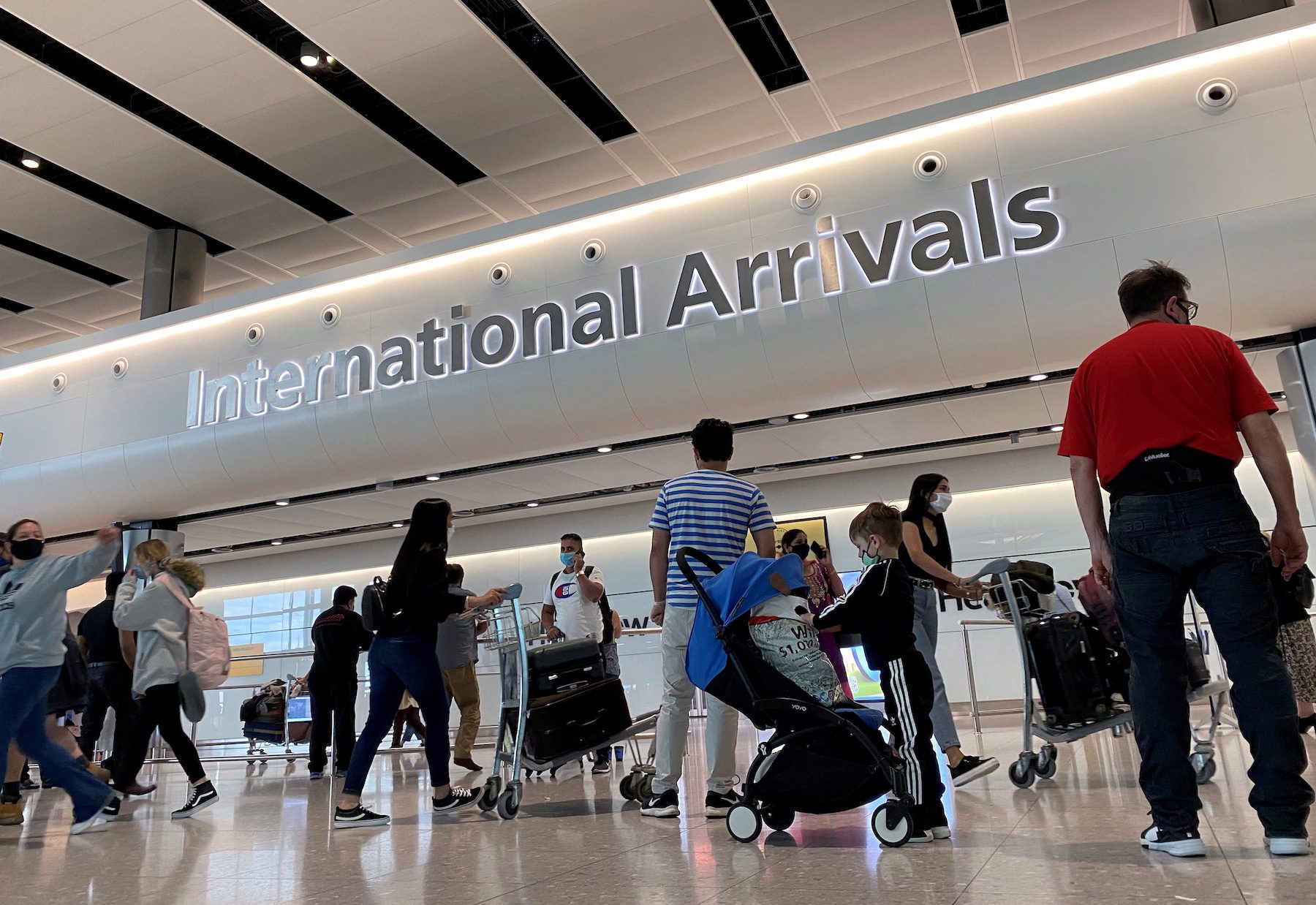 Passenger numbers fell to 19.4 million in 2021. Heathrow also recorded a pretax loss of 1.79 billion pounds ($2.43 billion) for 2021, taking total losses during the pandemic to 3.8 billion pounds due to the drop in passengers and high fixed costs.

Chief executive John Holland-Kaye said Heathrow expected to meet its target of more than doubling passengers to 45.5 million this year, although demand would be “quite peaky” and focused on British school holidays.

Passenger numbers were currently 23% behind forecast, but he said there were signs of recovery, with the airport seeing some of its busiest days in two years as families went skiing during the school break last week.

“Summer in particular we think will be quite busy,” he said in an interview. “After two years of staycations, people want to get some guaranteed sunshine.”

He said Heathrow was working with airlines to scale up its operations and reopen Terminal 4 for the summer peak.

But while outbound tourism had been boosted by the removal of restrictions in Britain, Holland-Kaye said inbound tourism and business travel remained suppressed, including transatlantic routes, because of testing requirements in other countries.

He said he did not expect travel to return to pre-pandemic levels until all restrictions had been removed and passengers were confident they would not be reimposed.

Heathrow is awaiting the aviation regulator’s final proposals on what it can charge passengers for the 2022-2027 period, after it criticized the airport’s plan to raise charges by nearly half. Airlines have also voiced their opposition.

Holland-Kaye said if the regulator did not rectify “major mistakes” in its initial proposals, there could be a return to the “Heathrow hassle” of 15 years ago.

“If we get it right, we can continue to have the seamless journeys that people have been used to, and the price for doing that is less than 2% on the ticket price,” he said. – Rappler.com