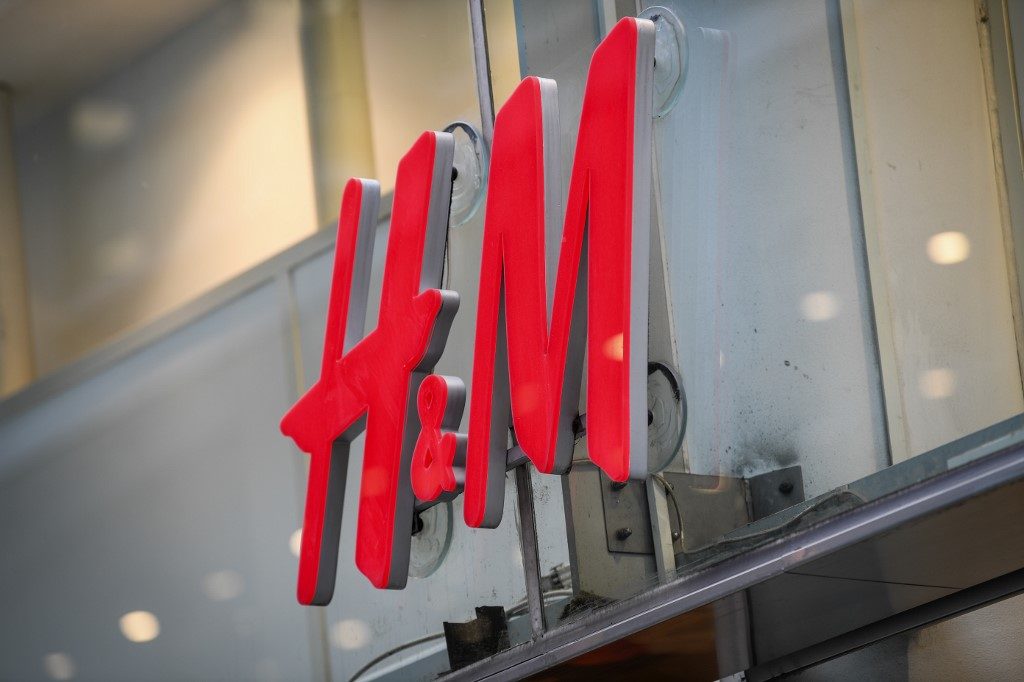 The logo of H&M at one of its stores in Stockholm, Sweden, on April 2, 2020. - Swedish retailer H&M said that the company have started dialogue with tens of thousands of staff about cutting working hours due to the coronavirus (Covid-19) pandemic effect on the market. (Photo by Fredrik SANDBERG / TT News Agency / AFP) / Sweden OUT

Swedish clothing giant H&M said on Tuesday, September 15, it was ending its relationship with a Chinese yarn producer over accusations of “forced labor” involving ethnic and religious minorities from China’s Xinjiang province.

The fashion retailer specified that it didn’t work with any garment factories in the region and that it would no longer source cotton from Xinjiang, which is China’s largest cotton-growing area.

A report by think tank the Australian Strategic Policy Institute (ASPI), published in March, pointed to H&M as one of the beneficiaries of a forced labor transfer program through their relationship with the dyed yarn producer Huafu’s factory in Anhui.

However, H&M said in a statement that it had never had a relationship with the factory in Anhui, nor Huafu’s operations in Xinjiang.

H&M did concede that it has an “indirect business relationship with one mill” in Shangyu in Zhejiang province, belonging to Huafu Fashion.

“While there are no indications for forced labor in the Shangyu mill, we have decided to, until we get more clarity around allegations of forced labor, phase out our indirect business relationship with Huafu Fashion Co, regardless of unit and province, within the next 12 months.”

The company also said it had conducted “an inquiry at all the garment manufacturing factories we work with in China aiming to ensure that they are not employing workers…through what is reported on as labor transfer programs or employment schemes where forced labor is an increased risk.”

International pressure is building on China’s ruling Communist Party over its actions in the resource-rich Xinjiang region, and on Monday, September 14, the European Union pressed China to let its independent observers into Xinjiang, binding human rights to future trade and investment deals with Beijing.

Rights groups say over a million Uighurs languish in political reeducation camps, which Beijing describes as vocational training centers where education is given to lift the population out of poverty and to chisel away at Islamic radicalism.

China says criticism of its handling of Xinjiang is politically motivated, and based on lies about what happens in the vast facilities it has built.

On Monday, United States customs said it would bar a raft of Chinese products including cotton, garments, and hair products, from Xinjiang over fears they were made using forced labor.

China on Tuesday slammed the US move as “bullying” and dismissed accusations of forced labor as “a complete fabrication.” – Rappler.com