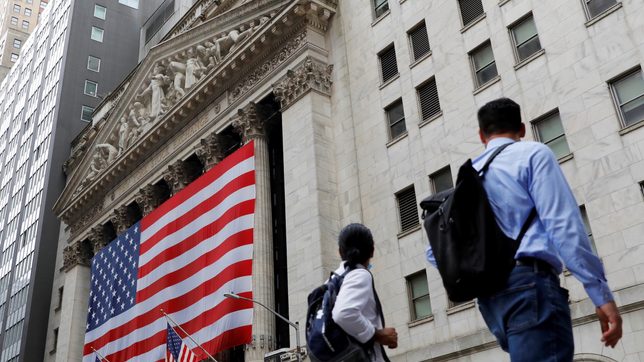 He proposed a merger with his special purpose acquisition company (SPAC) Horizon Acquisition Corporation II that would have valued Sportradar at $10 billion. That was 110 times the adjusted cash flow of the Swiss sports gambling data company in 2020 of 76.9 million euros ($90.4 million). Most of its peers were valued at less than half that multiple.

Yet Wall Street’s mood was about to sour toward SPAC deals, then its hottest dealmaking trend. Sportradar instead went public this week through a traditional initial public offering (IPO) that valued the company at just $8 billion.

This account of the deal deliberations is based on interviews with four people familiar with the matter and on a Reuters analysis of Sportradar’s financials. Spokespeople for Sportradar, Canada Pension Plan Investment Board (CPPIB), and Horizon did not respond to requests for comment.

Boehly’s SPAC deal would have taken Sportradar public in New York without the need for a heavily regulated IPO, which restricts companies’ ability to give lofty financial projections to stock market investors.

Koerl and Sportradar’s other top investor, CPPIB, believed Boehly could deliver on Sportradar’s frothy valuation expectations because investors were fascinated with SPACs at the time. Some 91 companies had gone public in the United States through SPACs in January, versus 27 companies for IPOs, according to Dealogic.

Investors invited to participate in a private investment in public equity (PIPE) transaction backing the deal balked at the price sought and its comparison to other successful SPAC deals such as that of sports-betting platform DraftKings.

While Sportradar boasted rapid revenue growth, it also made aggressive assumptions about some US states legalizing gambling. The company trimmed its valuation expectations to $9 billion but still failed to attract many investors.

Sportradar decided in June to abandon the SPAC deal and registered for an IPO in July. It debuted on Nasdaq this week.

The SPAC market deteriorated rapidly over the summer, according to Reuters interviews with more than a dozen capital market professionals and a review of market data. Now, SPAC deals that get inked often do so by offering sweetened terms on their PIPE. SPAC managers also have accepted less generous compensation.

Other companies that abandoned SPAC deals for IPOs in recent weeks include digital ad platform Outbrain and F45 Training Holdings, a fitness chain backed by Hollywood actor Mark Wahlberg, according to people familiar with the plans. Both companies did not respond to requests for comment.

Raised too much money

Investors have been spooked by many SPACs’ poor financial performance and a regulatory crackdown led by the US Securities and Exchange Commission over their disclosures. Only 32 companies went public in the United States through SPACs in July, versus 57 IPOs.

Many SPAC investors are selling their shares in the open market or exercising their right to redeem them once a deal is announced. SPAC managers have had to put more of their own money into the deals, forfeit lucrative compensation, or abandon the attempted mergers altogether.

“We as an industry raised too much money too quickly. The party is over for the moment. There aren’t enough investors who understand SPACs and want to invest in them,” said Douglas Ellenoff, a SPAC lawyer with Ellenoff Grossman & Schole LLP.

The stakes are high. Some 438 SPACs that have raised over $130 billion in total for mergers have yet to find deals, and will be forced to return that money to investors if they do not ink a merger within two years of their IPO. Even if they agree to a deal, there is no certainty they can execute on it.

“What you are seeing now is a market adjustment, and it is incredibly challenging,” said Jocelyn Arel, a partner at law firm Goodwin Procter LLP.

The SPAC market bonanza allowed some companies to list that would have been snubbed by IPO investors. The companies were instead backed by hedge funds and private investors keen to place speculative bets.

This bonanza has fizzled. Some 94 SPACs of the 131 that have announced mergers since October 2020 are trading below their $10 IPO price, according to data compiled by IPO expert Jay Ritter, a professor at the University of Florida. This indicates low investor expectations that they will be successful or will be completed at all.

The average redemption ratio for deals completed in July-August stood at 50%, up from the 24% average for the 40 mergers completed in April-June, according to SPAC Research.

“It is now common for a SPAC IPO that raised $200 million to have only $40 million left in trust after most shareholders redeemed before the merger was completed,” Ritter said.

When telecommunications services company Syniverse Technologies LLC agreed to merge last month with SPAC M3-Brigade Acquisition II Corporation, it had to offer most of its $265-million PIPE in the form of convertible preferred stock that pays a 7.5% dividend, rather than common stock.

The SPAC managers agreed to restrictions to selling their stock for up to a year, and made vesting of 30% of their shares contingent on them trading 25% above the deal price for 20 days in a month.

“We clearly hit an inflection point and it was probably only a matter of time before the market slowed,” said Christopher Barlow, partner at law firm Skadden, Arps, Slate, Meagher & Flom LLP. – Rappler.com