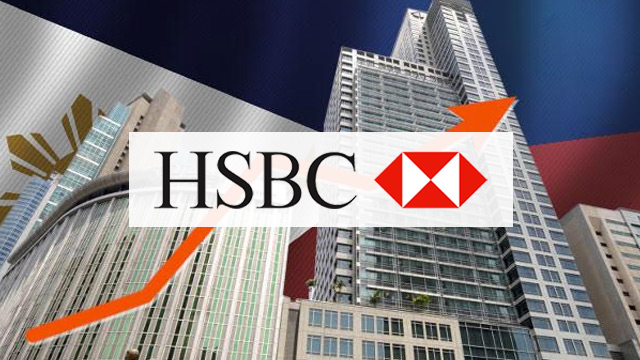 MANILA, Philippines – Global financial giant HSBC expects the Philippines to continue its stellar economic growth and stand out among its Asian neighbors this year.

"The Philippines continues to stand out as one of Asia's strongest performers. Despite an uncertain external environment and weak regional growth, the economy expanded by 7.1% year-on-year in Q3 2016, the fastest pace in almost 3 years… and placing the government's 6-7% growth target for 2016 well within reach," said HSBC economist Joseph Incalcaterra in the HSBC Asian Economics Quarterly Report for Q1 2017 released on Thursday, January 12.

In contrast, HSBC predicts the rest of Asia, excluding giants China, India, and Japan, would grow by 3.5% for 2017.

Incalcaterra cited private consumption and investment as the main reasons for the optimistic Philippine outlook, noting that consumption grew 7.3% in Q3 2016, fueled by strong remittances and more local jobs in outsourcing, tourism, and construction.

"Remittances are tracking 5% growth this year – higher than our original forecast of 4%, while peso depreciation has boosted the local currency value, further boosting consumption. Fixed capital investment grew 23% year-on-year, contributing 5.7 percentage points to overall real GDP growth in the first 3 quarters of 2016, a record high for the Philippines," he added.

The economist also pointed to the likelihood that investment will remain robust, since the government is targeting a 3% deficit in the 2017 budget, with infrastructure investment upwards of 5% of GDP and onwards to 7% of GDP by the end of the Duterte administration.

"Fiscal consolidation in recent years allows the government to pursue fiscal expansion, and low debt levels suggest it is sustainable for now," he said.

HSBC also predicted that the BSP would likely institute a 100-basis point cut to the required reserve ratio (RRR) for banks over the next 6 months to ease liquidity constraints. This, however, is unlikely to spur new lending.

While Asia faces various headwinds this year, the Philippine economy remains relatively insulated thanks to resilient domestic demand, according to Incalcaterra.

One particular fear is that investments from the United States, the country's largest contributor of foreign direct investments (FDIs), would dry up through a combination of protectionist trade policies to be instituted by US President-elect Donald Trump and President Rodrigo Duterte's inflammatory rhetoric toward the US.

But Incalcaterra said new investment prospects from China estimated to be worth around $24 billion could partly offset the potential decline in FDIs from the US.

Another worry is the political situation in the country, with HSBC highlighting that income tax reform and constitutional amendments are likely to be pushed this year.

Although Duterte is still a popular leader based on surveys, Incalcaterra said this may depend on how the reforms are ultimately implemented.

Prospects for the country's manufacturing sector also look dim, save for electronics, which HSBC said could lead to a continuation of the country's trade deficits.

Calamities are always on the horizon as well, which would have devastating effects on agriculture. But HSBC said government efforts to ramp up rice imports mean that this risk is likely to be contained. – Rappler.com