HSBC. The HSBC logo is seen on a bank branch in the financial district in New York, August 7, 2019.

HSBC Holdings said the banking group has initiated legal proceedings against El Salvador for what the company called a breach of the nation’s investment treaty with the United Kingdom.

“HSBC Latin American Holdings initiated legal proceedings against the Republic of El Salvador for breach of its investment treaty with the United Kingdom, and seeks to recover at least $49.3 million in damages that the bank alleges were wrongly awarded against it by the Supreme Court of El Salvador,” the company said in a statement late on Wednesday, August 18.

The arbitration case will be heard by the International Centre for Settlement of Investment Disputes (ICSID), HSBC said.

Based in Washington, ICSID is part of the World Bank Group and supports the resolution of international investment disputes between investors and sovereign states.

The dispute arises from a case in El Salvadoran courts in which HSBC sought to recover approximately $2 million in unpaid loans to a local business, the bank said.

Two courts in El Salvador had ruled in HSBC’s favor but the country’s Supreme Court overturned the lower courts’ decisions, the statement added.

The Supreme Court had ordered HSBC to pay the defendant $49.3 million, with HSBC saying the damages award was more than twice the $22.5 million sought by the El Salvadoran business.

Under that treaty, which has been in force since 2000, El Salvador and the United Kingdom agree to give each other’s investors “fair and equitable treatment,” and to protect them against “unreasonable or discriminatory measures.”

HSBC alleged that the Supreme Court’s decision amounted to a “denial of justice” and that it “failed to protect the fundamental rights of HSBC as a UK investor in El Salvador.” 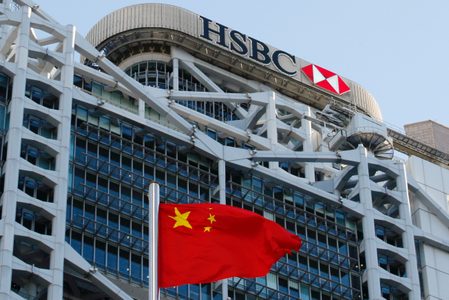 The bank group said it earlier sought a settlement with the government of El Salvador in December but received no response.

A representative of the El Salvador government could not immediately be reached for comment. – Rappler.com