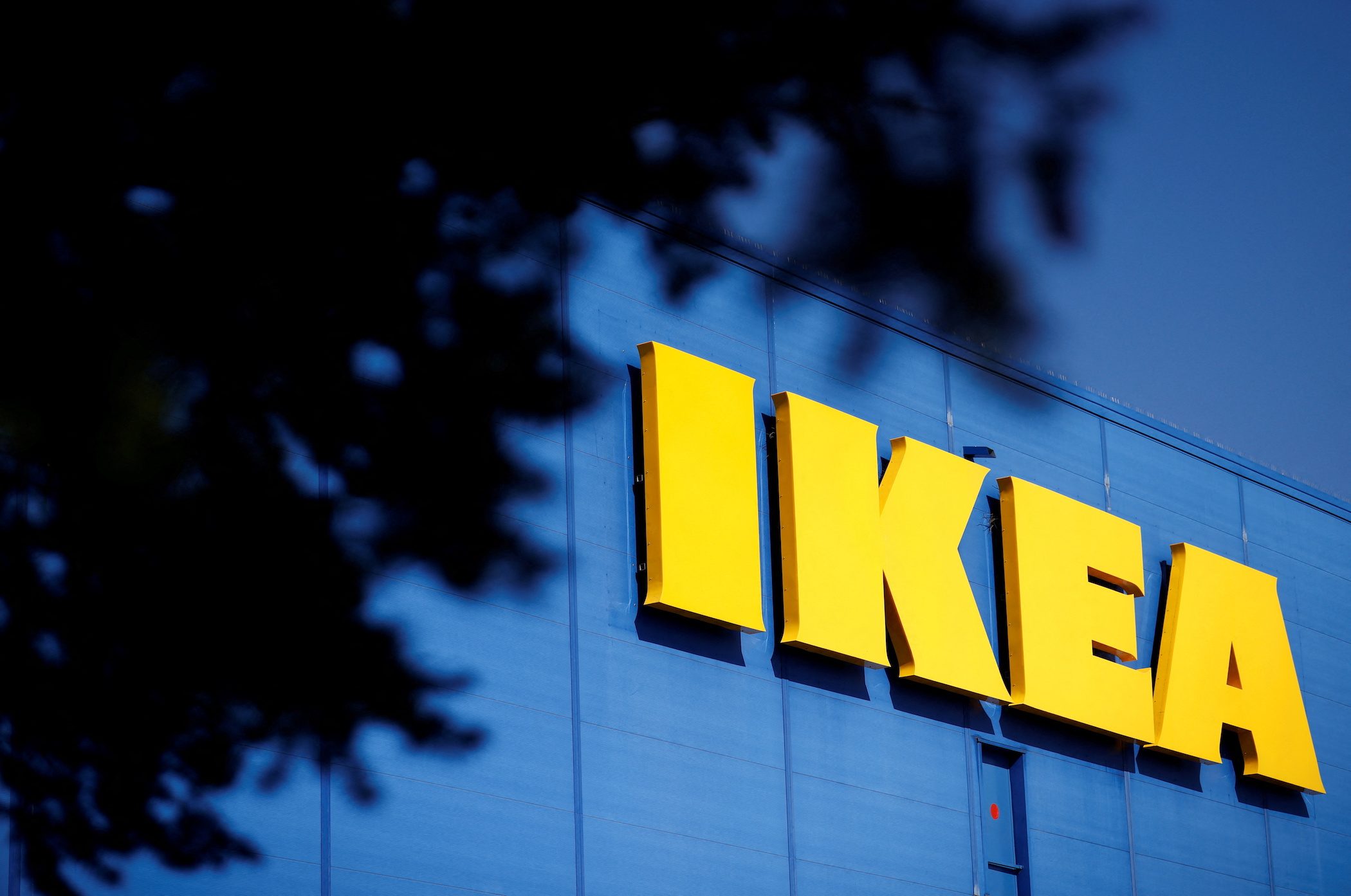 IKEA. The company's logo is seen outside of an IKEA Group store in Saint-Herblain near Nantes, France, March 22, 2021.

Facebook Twitter Copy URL
Copied
The drop in IKEA's total emissions comes mainly from the use of more renewable energy across operations, and a larger share of sales of more energy-efficient light bulbs and plant-based food

STOCKHOLM, Sweden – IKEA, the world’s biggest furniture brand, said on Tuesday, January 18, it was on track to become climate positive by 2030 as its annual carbon emissions fell 6% from pre-pandemic levels despite record sales.

Brand owner Inter IKEA said emissions in the value chain – from raw material production to customers’ use and disposal of products – totaled 26.2 million tons of carbon dioxide (CO2) equivalent in the 12 months through August, against an upwardly revised 27.9 million in fiscal 2019, when emissions fell for the first time.

The revision was due to bigger emissions than estimated previously from materials such as wood, paper-based materials, plastics, and candles, a company spokesperson said.

Compared to fiscal 2020, when emissions fell as stores closed temporarily due to the pandemic, emissions increased 6%, from an upwardly revised 24.7 million tons of CO2 equivalent.

While the climate footprint from materials kept expanding, the drop in total emissions came mainly from the use of more renewable energy across operations, and a larger share of sales of more energy-efficient light bulbs and plant-based food.

Whether emissions will fall in the current year will depend on the sales performance of such products alongside the speed of the switch towards renewable energy in production. IKEA expects the footprint from materials to keep expanding this year.

“We have [since baseline year 2016] managed to do a third of what our ambition is for 2030 so we are well on track. Then there are big challenges ahead and we need to put all our energy and efforts into securing that we continue on a positive trend towards this goal,” he said in an interview.

IKEA, most of whose products are wood-based, increased retail sales in fiscal 2021 to 41.9 billion euros ($47.7 billion) despite global supply chain disruptions as consumers spent more on their homes.

One of the world’s biggest wood buyers, it used 21 million cubic meters of wood in products and packaging, up around 10% from the year before.

It said in its sustainability report for 2021 that 99.5% of the wood used was from responsibly managed forests – as certified by the Forest Stewardship Council – or recycled. Some 14% of wood used was recycled, up from 12% the year before. – Rappler.com