China has the ability to address the issues linked to China Evergrande Group‘s indebtedness, although there is a risk of the property developer’s pain escalating to cause broader financial stress, the International Monetary Fund (IMF) said in a report and comments released Tuesday, October 12.

Evergrande, with more than $300 billion in liabilities, has concerned investors globally after it missed its third round of bond payments in three weeks, intensifying market fears over contagion involving other property developers as a wall of debt payment obligations come due in the near-term. Debt-saddled Chinese property firms took heavy fire in bond markets on Tuesday.

“I think the authorities have the means to address the situation,” said Tobias Adrian, the IMF’s director of Monetary and Capital Markets Department, in an interview timed with the release of the IMF’s Global Financial Stability Report on Tuesday. “They have the fiscal capacity and they have the legal and institutional tools to address this issue. So one thing that would have to go wrong is that communication is not very clear and the necessary steps are not being taken.”

Adrian said that “at the moment contagion is contained.”

The IMF’s report said that contagion so far has been limited to other financially weak property developers and lower-rated firms. If the situation were to “escalate, there is a risk that broader financial stress may emerge, with implications for both the Chinese economy and financial sector as well as global capital markets at the extreme.” 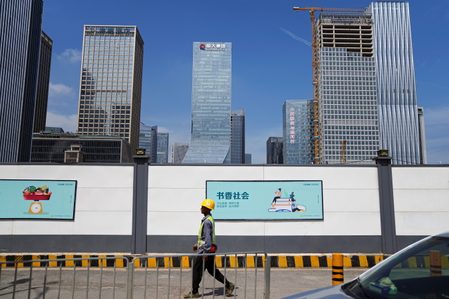 Beijing has prodded government-owned firms and state-backed property developers to purchase some of Evergrande’s assets, people with knowledge of the matter previously said.

“As long as authorities have a clear plan, I would expect the situation gets resolved,” Adrian said.