IMF chief: Ukraine war will not cause global recession, but weaker economies at risk WASHINGTON, USA – Global economic growth this year will manage to stay in positive territory despite the war in Ukraine, but a number of countries with already weak economies may be tipped into recession, International Monetary Fund (IMF) Managing Director Kristalina Georgieva said on Tuesday, March 22.

Georgieva told a Foreign Policy magazine forum that the Fund will lower its growth outlook when it releases new forecasts in April. The IMF last forecast 4.4% global growth for 2022 in January, down about a half percentage point from October forecasts, due to ongoing supply disruptions.

But shocks from higher energy and food prices caused by the conflict and punishing sanctions against Russia for its invasion of Ukraine will hit many developing countries hard, she said, along with tighter financial conditions as advanced countries raise interest rates.

“What we were striving for is for growth to go up and the inflation that has become a problem to go down,” Georgieva said. “Instead, we have the exact opposite. Growth is going down, inflation is going up.”

The IMF plans to update its forecasts when it issues a new World Economic Outlook during its April 18-24 Spring Meetings with the World Bank in Washington.

“We are going to see possibly risk of recessions in these countries where shock comes on top of a weak economy.” 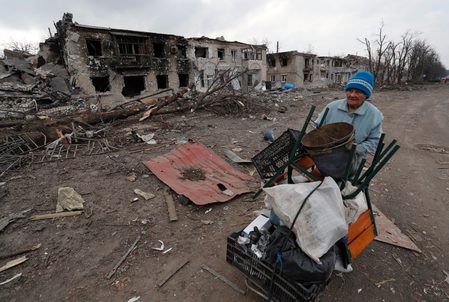 Gopinath said this could result in new social tensions in Africa, the Middle East, and parts of Asia.

“So this is a major concern and the longer this war lasts, the more grievous the problems become,” she said, adding that the IMF stands ready to help countries with balance of payments assistance to help them import food supplies. – Rappler.com