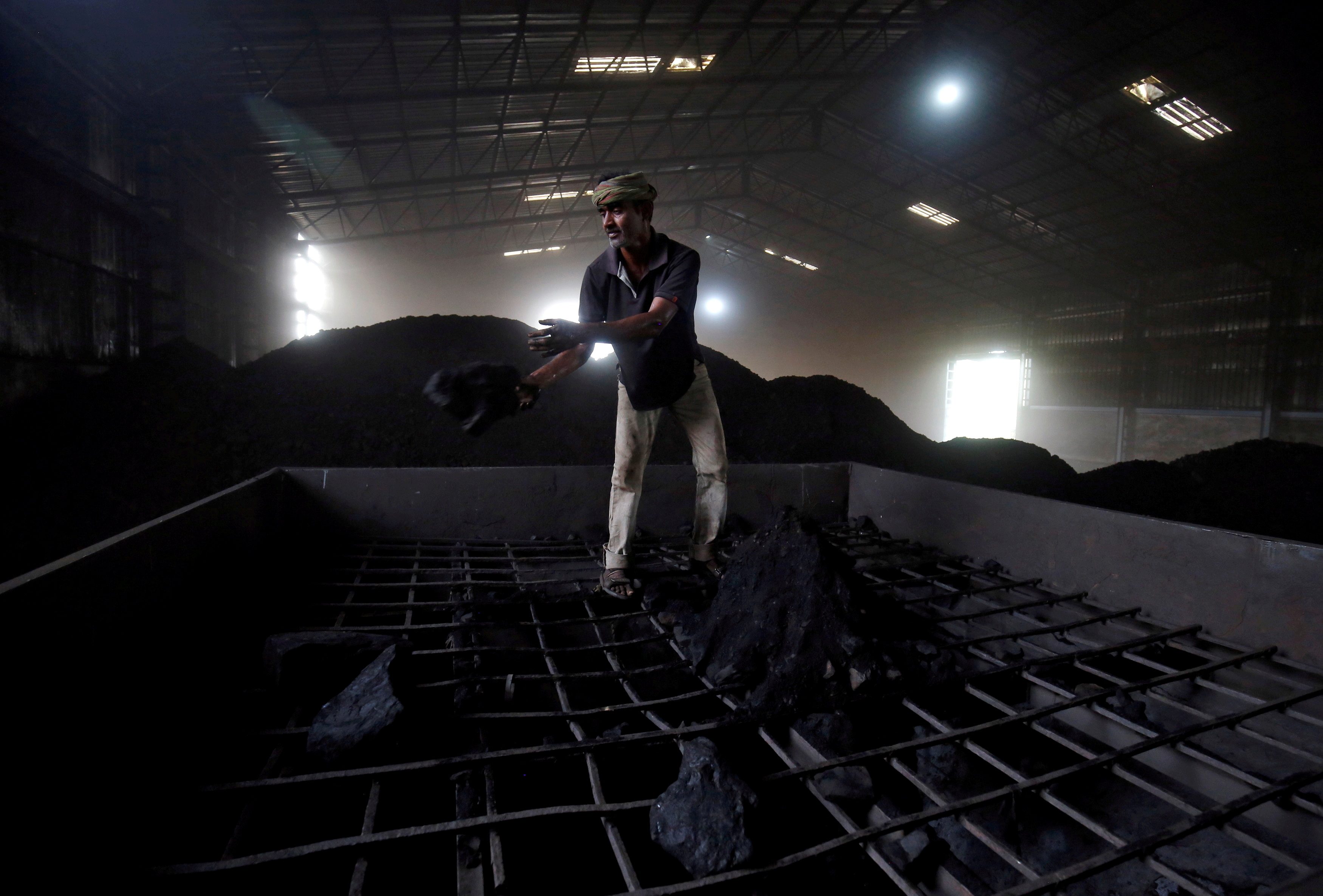 COAL YARD. A laborer works inside a coal yard on the outskirts of Ahmedabad, India, April 6, 2017.

India has asked power producers to import up to 10% of their coal needs amid fuel shortages and has warned states that federal companies will curb their power supplies if they are found selling electricity on power exchanges to cash in on surging prices.

India is the world’s second largest coal producer, with the world’s fourth largest reserves, but a steep surge in power demand that has outstripped pre-pandemic levels means state-run Coal India’s supplies are no longer enough.

Increased economic activity after the second wave of the coronavirus pandemic has driven up demand for coal leading to a supply shortage, forcing north Indian states like Bihar, Rajasthan, and Jharkhand to undertake power cuts for up to 14 hours a day.

On Tuesday, October 12, the power ministry asked utilities, reliant on local coal, to import up to 10% of coal needs to blend with the domestic grade to meet increased power demand, a power ministry note reviewed by Reuters said.

The move could push up already high global coal prices. These power plants usually only import small amounts of coal.

Over half of India’s 135 coal-fired power plants, which supply around 70% of the country’s electricity, have fuel stocks that will last three days or less.

Federal government-controlled power producers such as NTPC Ltd and Damodar Valley Corporation sign long-term power purchase agreements with distribution companies for the sale of most of their power output.

But 15% of their power is controlled by the federal government, which sells this so-called “unallocated” power to the states.

The ministry said if any state had a surplus of power, it should inform the federal government which would allocate that electricity to states that needed it.

Some states, instead of supplying electricity to their consumers, are imposing rolling power cuts and selling power at higher prices to energy exchanges, the ministry said in a statement, without giving details.

He said prices had trebled to 15 rupees for a unit of power from mid-September to October 8.

Day-ahead power prices at Indian Exchange, for example, have surged to 20 rupees a unit, its website showed on Tuesday.

Reddy asked for an increase in the supply of coal, a copy of his letter, reviewed by Reuters, said.

In a series of tweets on Tuesday, the Bangalore Electricity Supply Company Limited (BESCOM) announced staggered power cuts across the city, with most of the cuts scheduled for over 90 minutes in the afternoon.

BESCOM managing director Rajendra Cholan said Bengaluru, home to the technology operations of hundreds of global companies, including Amazon and Infosys, has sufficient power and a scheduled outage is for laying underground power cables in the parts of the city.

Other southern states, such as Andhra Pradesh and Kerala, have warned that they may have to have power cuts if the shortages continue.

New Delhi chief minister Arvind Kejriwal on Saturday, October 9, warned of a power crisis because of the coal shortage that has already brought electricity cuts in some eastern and northern states.