NEW DELHI, India – India is leaning toward continuing to import coking coal from Russia, the steel minister said on Sunday, March 27, seeming to buck a global trend to shun Moscow over its invasion of Ukraine.

“We are moving in the direction of importing coking coal from Russia,” Ramchandra Prasad Singh told a conference in New Delhi.

India plans to double imports of Russian coking coal, a key ingredient in making steel, the minister said. He said the country had imported 4.5 million tons but did not indicate the period he was referring to.

Western countries and Japan have slapped unexpectedly heavy sanctions on the government of President Vladimir Putin and people associated with him. India, a major buyer of Russian goods from commodities to weapons, has abstained from several key United Nations votes condemning the February 24 invasion.

“Smooth supplies” from Russia of coking coal have been affected, Singh said, in an apparent reference to the war. He did not elaborate. 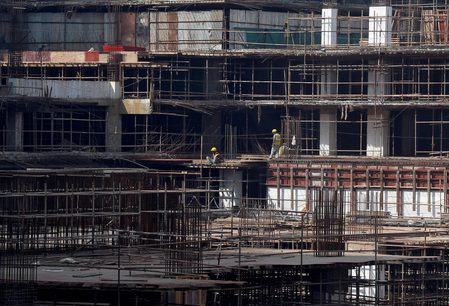 Vessels carrying at least 1.06 million tons of coking coal, mainly used for steelmaking, and thermal coal used primarily for electricity generation, are set to deliver the fuel to Indian ports this month, the most since January 2020, data from consultancy Kpler showed.

The trade could also be boosted by a rouble-rupee trading arrangement, they said. – Rappler.com