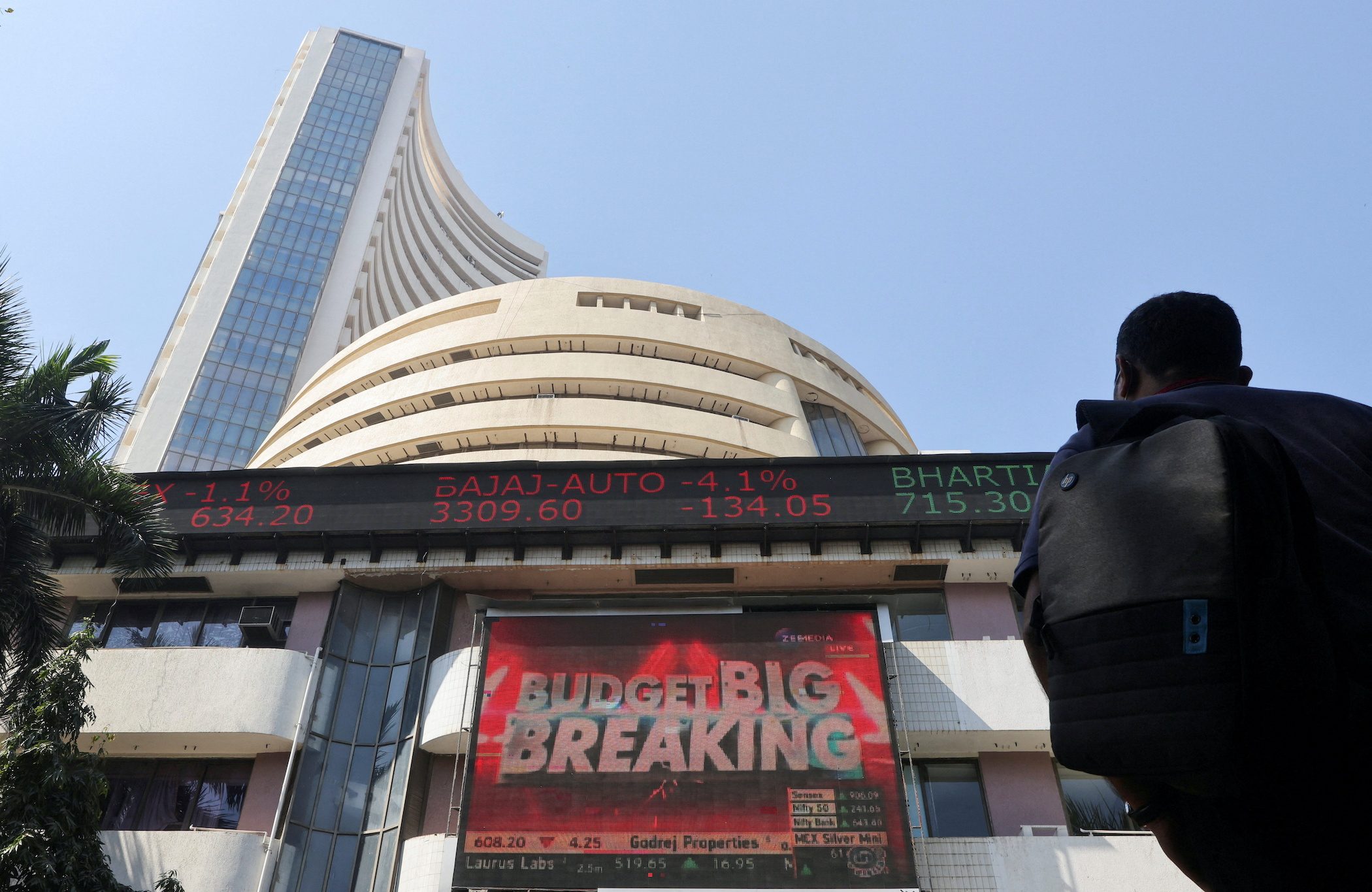 STOCK EXCHANGE. A man looks at a screen displaying budget news, on a facade of the Bombay Stock Exchange building in Mumbai, India, February 1, 2022.

NEW DELHI, India – India has frozen plans to allow local firms to list overseas as it seeks to bolster its own capital markets, government officials and industry sources said, in a blow to foreign funds and stock exchanges seeking to tap into the country’s tech boom.

New Delhi’s decision marks a sudden reversal in policy after officials said late last year that the new rules for overseas listings would be announced in February.

Three senior government officials with direct knowledge of the decision told Reuters the plan had been put on hold as India believes there is enough depth in local capital markets for firms to raise funds and get good valuations. They declined to be named as the move has not been made public.

India’s finance ministry did not respond to a request for comment.

More than 60 companies made their market debut in India in 2021 and raised a total of more than $13.7 billion, which was more than the previous three years combined. Like other global markets, Indian stocks have been rattled by Russia’s invasion of Ukraine, and the volatility has delayed IPO plans.

But the outlook for such listings dimmed after digital payments app Paytm, backed by China’s Alibaba and Ant and Japan’s Softbank, plunged on its debut in November, raising questions about valuations. Its shares have slumped 75% from its issue price.

Even before Paytm’s rout, US venture capitalists such as Tiger Global and Sequoia Capital had lobbied Prime Minister Narendra Modi to allow Indian firms to list abroad to achieve better valuations, Reuters has reported.

A second government official said the overseas listing rules were now in “limbo” and both the officials cited the stock market debut of food-delivery giant Zomato, which clocked a high valuation, as contributing to the change of view.

When Zomato went public on Mumbai’s exchange in July, its offer was 38 times oversubscribed and its stock jumped 66%. And Indian cosmetics-to-fashion platform Nykaa surged 96% on its debut, achieving a valuation of nearly $14 billion.

Both have given up much of those gains in recent months.

Two industry sources briefed by government officials also said they had been told the plan was on hold, which also marks a setback for exchanges in New York and London, which had been vying for a slice of India’s rapidly growing startup economy.

Global investors have pushed for India to allow overseas listings, saying foreign markets would give Indian companies better access to liquidity and capital. But such a move, which has been under consideration since at least 2020, has deeply divided Indian policy makers.

Nationalist group Swadeshi Jagran Manch, the economic wing of the ideological parent of Modi’s ruling party, opposed the plan, saying such listings would mean less Indian oversight of domestic firms, while Indian investors would find it more difficult to trade in shares of companies listing abroad.

Despite intense lobbying against the change, India’s revenue secretary said in August last year that overseas listing rules could be announced by February.

A source with direct knowledge told Reuters on Wednesday, March 23, that representatives of Swadeshi Jagran Manch lobbied India’s finance minister in a closed-door meeting in January to not proceed with the policy announcement.

Though the group is widely seen as having strong influence on India’s policy making, it is not clear if that particular meeting contributed to the government’s decision.

One senior industry executive who has lobbied New Delhi to allow foreign listings said its decision could result in pressure for other changes by Indian companies.

“Some [investor] funds may want Indian companies to register outside the country,” the executive said, adding that such a move could allow them to list overseas more easily. – Rappler.com