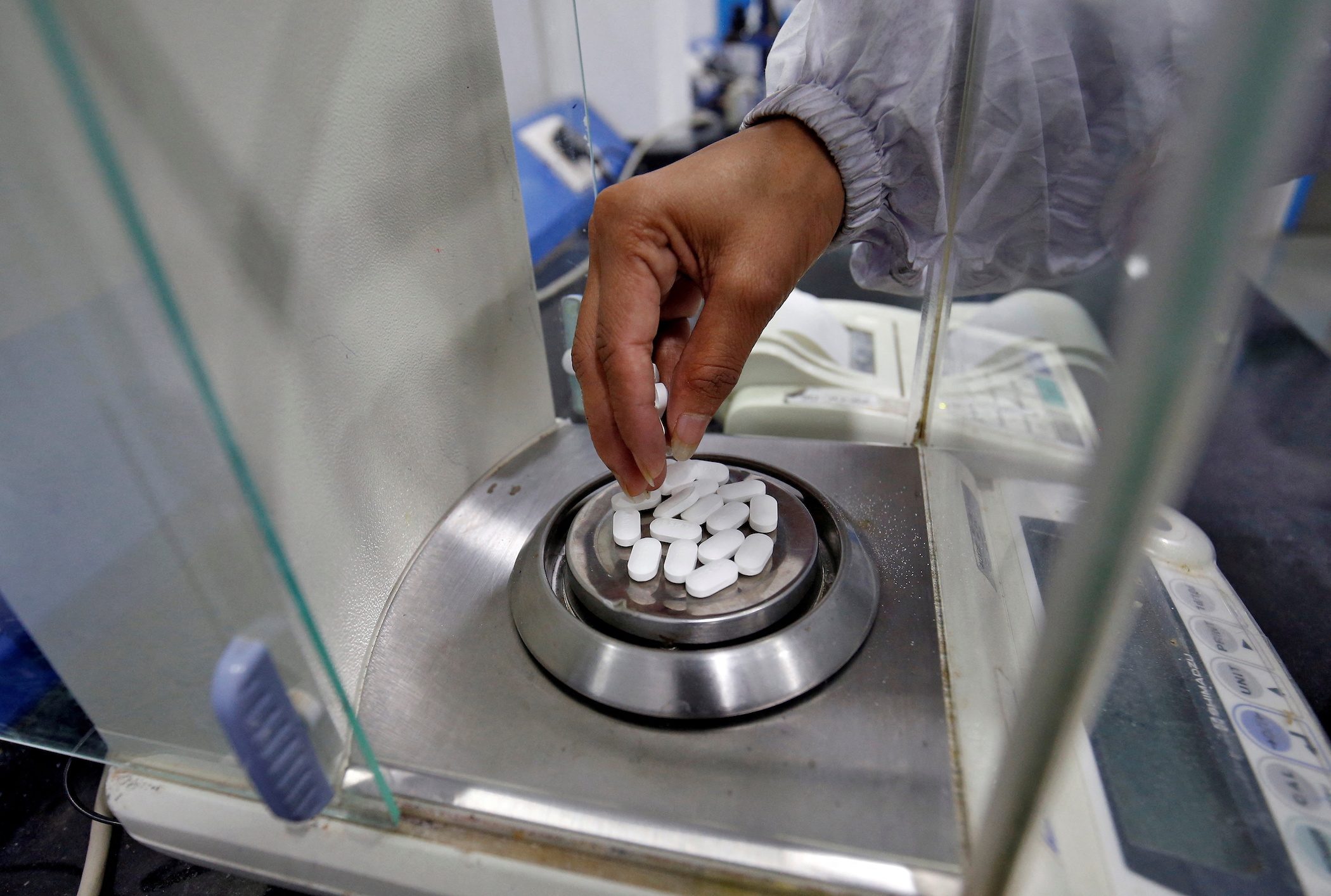 PARACETAMOL. A pharmacist checks weight of paracetamol, a common pain reliever also sold as acetaminophen, inside a lab of a pharmaceutical company on the outskirts of Ahmedabad, India, March 4, 2020.

NEW DELHI, India – Indian pharmaceutical major Dr. Reddy’s Laboratories Ltd said on Wednesday, March 9, it was focused on business continuity in and around Russia, as Indian drug exporters brace for temporary disruptions to sales due to the Ukraine crisis.

No Indian company has publicly withdrawn from Russia and New Delhi has declined to condemn Moscow’s invasion of Ukraine, despite pressure from the United States to do so. Western companies such as McDonald’s, PepsiCo, Coca-Cola, and Starbucks have stopped sales of their best-known products in Russia.

“We have had a presence in the region for over three decades,” a Dr. Reddy’s spokesperson said in an email.

“Ensuring the well-being of our staff is our first and foremost priority, along with measures to meet patient needs and business continuity. Overall, we are monitoring evolving developments closely and preparing accordingly.”

It declined to say if it would raise or scale back investments in Russia, which accounted for more than 8% of its total sales of 189.7 billion rupees ($2.47 billion) in the last fiscal year that ended on March 31.

Dr Reddy’s, India’s fourth biggest pharmaceutical company by market value, sells painkillers and other medicines in Russia. It is the main distributor in India for Russia’s Sputnik COVID-19 vaccines.

Executives at Indian pharma companies Torrent Pharmaceuticals and Zydus Lifesciences said they saw little or no impact on sales due to the Ukraine conflict.

But the Indian Drug Manufacturers’ Association (IDMA) told Reuters that prices of raw materials derived from benzene or other petroleum products would rise due to the war, and pharmaceutical exporters would have to seek buyers elsewhere.

“Overall demand for medicines will not go down, but there may be a temporary disruption,” said IDMA president Viranchi Shah.

“The problematic thing is managing payments from Russia” because of Western sanctions. “It will take some time to be addressed as an alternate mechanism will be required to be put in place,” he said.

An Indian government official, who declined to be named, said the country was confident of finding alternative markets for its pharmaceutical industry if needed.

At $173.7 million, pharmaceuticals accounted for 30% of India’s total exports to Ukraine between April and December last year. Sales to Russia during the period reached $386 million, or 15% of the total shipments to the country.

The Indian embassy says there are an estimated 300 Indian companies in Russia, most of them involved in trading tea, coffee, tobacco, pharmaceuticals, rice, spices, leather footwear, granite, IT services, and garments. – Rappler.com