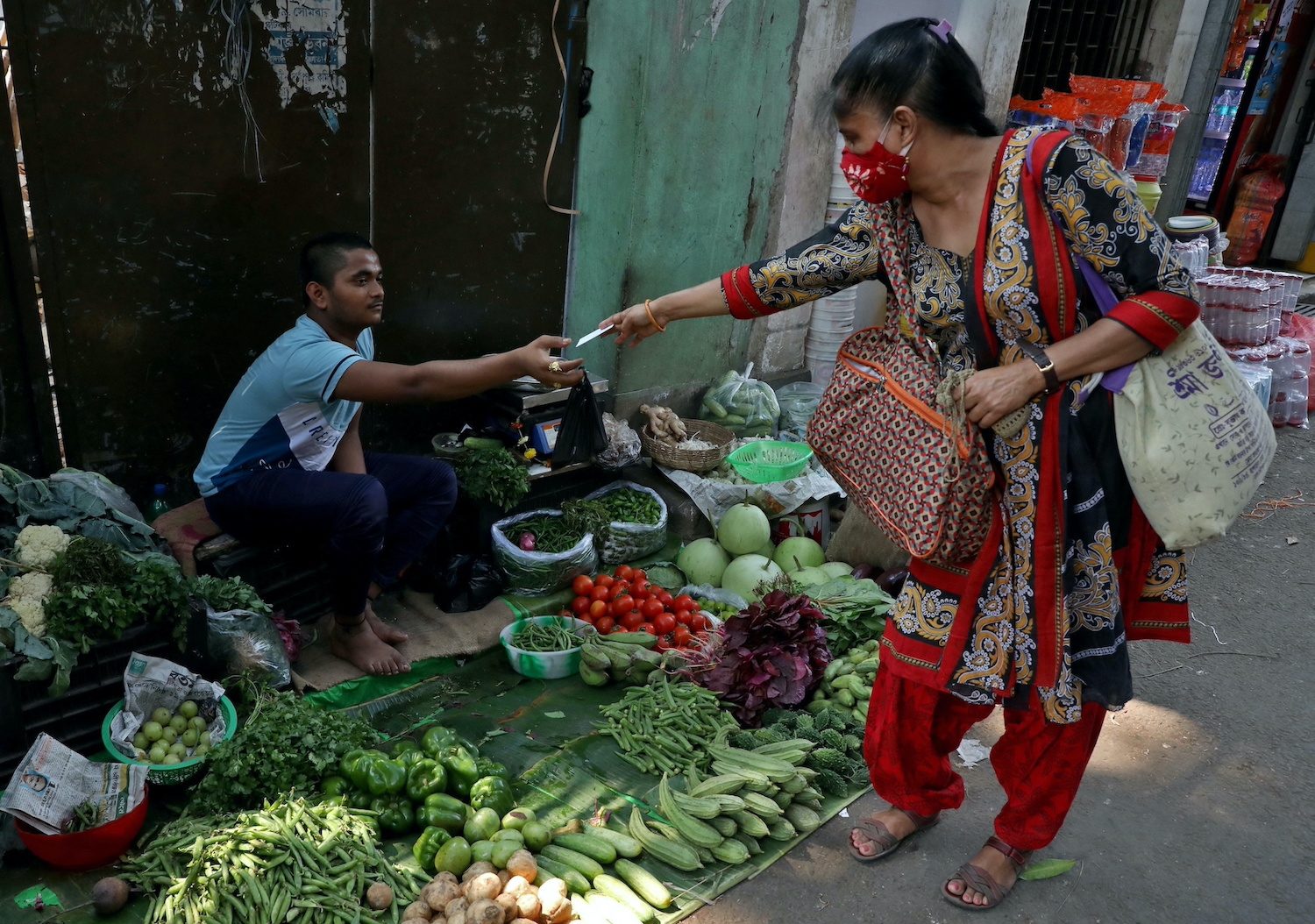 NEW DELHI, India – Many Indians are cutting down on fried food and even vegetables as the Ukraine war inflates the prices of items from edible oils to fuel, threatening a sputtering recovery in the consumption-based economy after two years battling COVID-19.

Consumers in Asia’s third largest economy are feeling the bite as companies pass on a surge in costs since the invasion, battling the first hikes in five months this week in the prices of diesel and gasoline, as well as more expensive vegetable oils.

“God only knows how we will manage this level of price rise,” said Indrani Majumder, the sole earner in a family of four in the eastern city of Kolkata, adding that the past two years of the pandemic had brought a halving in salaries.

These days her family eats more boiled food to save on the cost of edible oil, she said. It is just one of almost a dozen homes where people said they were taking similar steps.

India’s economy expanded at a pace slower than expected in the quarter from October to December, and economists forecast a further dent to growth in the current one, as high fuel prices bring a jump in inflation.

But since the invasion late in February, which Russia calls a special operation, Indian firms have raised prices of milk, instant noodles, chicken, and other key items by about 5% to 20%.

About 800 million of a population of nearly 1.4 billion received free government supplies of staple foods during the pandemic, and even small price rises now can mean a knock for their budgets.

“The process of rebuilding savings was only beginning post the pandemic,” he added. “Because of this latest shock, they will have to cut back on consumption.”

Surging global prices of crude have prompted companies in the import-dependent nation to raise retail prices of gasoline and diesel twice this week. India imports 85% of its crude oil, which has seen prices rise nearly 50% this year.

The South Asian nation is also the world’s biggest importer of edible oil, shipping in nearly 60% of its needs.

But the price of palm, the country’s most widely consumed edible oil, has jumped 45% this year. And supplies of sunflower oil, which Ukraine and Russia produce in large quantities, have been disrupted.

Some wholesalers said their sales of edible oil had fallen by a quarter in the past month as prices rose.

These factors helped keep India’s retail inflation in February above the central bank’s comfort level of 6% for the second month in a row, while the wholesale rate was more than 13%.

“The timing of input price inflation could not have been worse in the context of a slowing consumption trend,” financial services firm Jefferies said in a note.

The central bank has said it is monitoring crude and commodity prices ahead of its next monetary policy meeting in early April. But markets do not expect the Reserve Bank of India to change key rates, as it looks to prioritize growth.

This stance compares with global central banks, which have either raised rates or are weighing whether to do so to curb inflation. For instance, policymakers of the US Federal Reserve called this week for big rate hikes in May.

For consumers, there is little relief in sight.

The Confederation of All India Traders estimates input costs for makers of consumer durables and fast moving consumer goods (FMCG) to rise another 10% to 15% this month as fuel prices rise, an expense destined to be passed on to the final consumer.

In Kolkata, vegetable vendor Debashis Dhara said higher transport costs would bump up vegetable prices by a further 5% this week. His sales have already halved since February.

India’s Mother Dairy and Amul raised milk prices by nearly 5% this month, while FMCG companies such as Hindustan Unilever and Nestle are charging more for items such as instant noodles, tea, and coffee.

Broiler chicken prices have jumped nearly 45% in six months to a record 145 rupees ($1.90) a kilogram this week, as key feed ingredients corn and soymeal have become costlier after supplies from the Black Sea region were affected.

Fertilizer prices have shot up to a record $150 a ton since Russia, one of the biggest producers, rolled tanks and soldiers into Ukraine.

“It has become very difficult to manage our monthly budget,” said Archana Pawar, a housewife in the financial capital of Mumbai. “This kind of price rise is forcing us to cut down consumption.” – Rappler.com