Facebook Twitter Copy URL
Copied
The introduction of carbon tax is part of an ambitious tax overhaul in Indonesia. Coal producers and electricity providers say higher electricity prices will likely be passed on to consumers.

Indonesia is set to become Asia’s fourth country to introduce a carbon tax but analysts expect opposition from industries that have warned of implementation problems and higher power costs that could undermine manufacturing competitiveness.

The introduction of the tax is part of an ambitious tax overhaul, approved by parliament on Thursday, October 7, that includes raising value-added taxes (VAT) next year and canceling a planned corporate tax cut.

The carbon tax will be introduced at a minimum rate of 30 rupiah ($0.0021) per kilogram of CO2 equivalent (CO2e), less than half of the originally proposed rate of 75 rupiah.

It will be imposed at the floor rate on coal-fired power plants from April while a carbon trade mechanism is established. A carbon market is expected to be in operation by 2025.

Indonesia is the world’s top exporter of thermal coal and the eighth biggest carbon emitter.

The new tax is part of a plan to slash carbon output that has included bringing forward a goal of net zero emissions from 2070 to 2060 or sooner.

The carbon tax has been generally welcomed though some industry analysts have questioned the logic of the government taxing carbon emitted by utilities while at the same time subsidizing the electricity they produce.

“It sure is a step in the right direction,” said Elrika Hamdi, an analyst at the Institute for Energy Economics and Financial Analysis.

“Although…how will the carbon tax be felt by coal power producers if electricity is still being subsidized?” 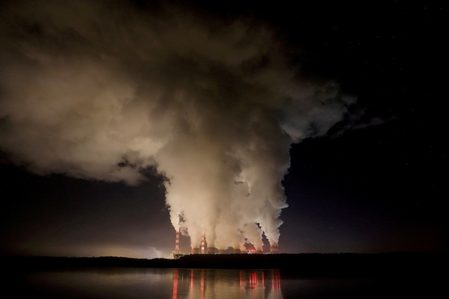 Coal producers and electricity providers say higher electricity prices will likely be passed on to consumers as higher prices for goods.

“Power prices will obviously rise because 87% of our power generation is from non-renewable energy,” Bob Saril, a director at Indonesia’s state utility PLN, said. “If the tariff is not increased, of course subsidies and compensation will increase.”

Hendra Sinadia, executive director of Indonesia Coal Miners Association, said he hoped implementation of the tax could be postponed for more discussions with the coal industry.

“Imposing a carbon tax on coal-fired power plants will affect electricity prices and the competitiveness of Indonesia’s manufacturing,” Sinadia said.

Despite the complaints, the lower 30 rupiah initial rate should soften the blow and encourage industries to make the transition to cleaner energy before a market-driven tax rate comes in with the establishment of the carbon trade mechanism, an analyst said.

“The recently announced rate, albeit lower, will incentivize a smoother transition to lower emissions, while avoiding shocks to the economy amid recovery from the coronavirus,” consultancy group Wood Mackenzie analyst Nuomin Han said.

But work needs to be done to clarify how the market supply and demand for carbon will be determined given how energy prices now are subsidized, said Hamdi.

“The government really does need a comprehensive road map.”

The government has said it aims to put a cap on an entities’ emissions and any output above it must be offset through carbon trade or taxes. But the plan has not been clearly set out, industry says.

“This synchronisation is not clear…. We need clarity,” said Sinadia of the coal association. – Rappler.com