Globe to sustain momentum, PLDT to climb back after H1 earnings 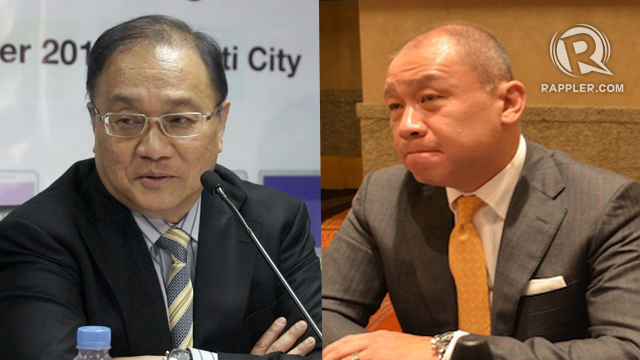 MANILA, Philippines — The Philippines’ major telecommunications firms are staking out new competitive positions in the fast-changing digital landscape, with Globe Telecom, Incorporated posting a 14% increase in its core net income during 2015’s first half, while that of Philippine Long Distance Telephone Company (PLDT) declined by 5%.

“Globe has been able to capitalize on the growth of mobile connectivity and Internet, and has been successful in upselling on its mobile Internet offerings; while PLDT is playing catch on the mobile connectivity phenomenon,” Juan Rafael Supangco, head of research at Angping & Associates Securities, Incorporated, said by phone on Tuesday, August 4.

The Ayala-led telco saw its core net profit surge from P7.6 billion ($166.53 million) in the same period in 2014 on the back of record-high service revenue.

PLDT’s core net income in the first half of the year declined by 6% to P18.9 billion ($414.13 million) as legacy businesses, such as voice and text messages, continue to weighed down its earnings.

According to Angping’s Supangco, Globe has been successful in upselling on its mobile Internet offerings. “We see continued growth as smart phone penetration rates increase. This is likely to be exponential as cheaper variants of smart phones become available,” he said.

On the other hand, “PLDT will likely to succeed but will take time,” Supangco said. “On an absolute basis, PLDT still has higher revenues and net income.” (READ: PH telcos, TV networks ride double-edged digital wave) 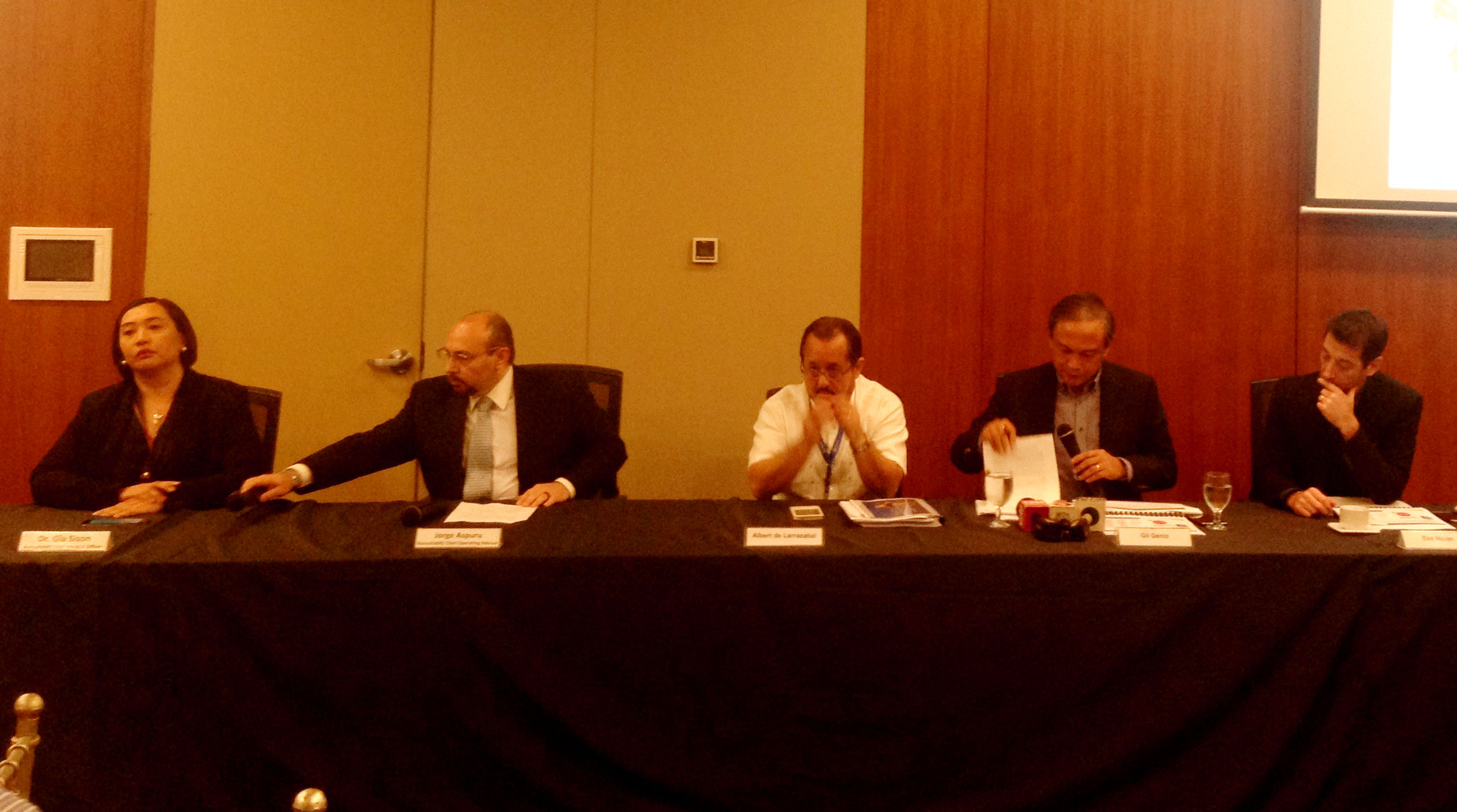 “The sustained growth trend was spurred by the strong subscriber growth for both mobile and broadband, the increasing use of smartphones and other data-enabled devices, and the introduction of new products and services,” the telco said.

“We expect the momentum to continue until the end of the year,” Globe Chief Finance Officer Alberto de Larrazabal said in a briefing.

“We will start to see, over the next few years, that data will be getting half of the revenue mix,” he added.

PLDT to ‘climb back’ 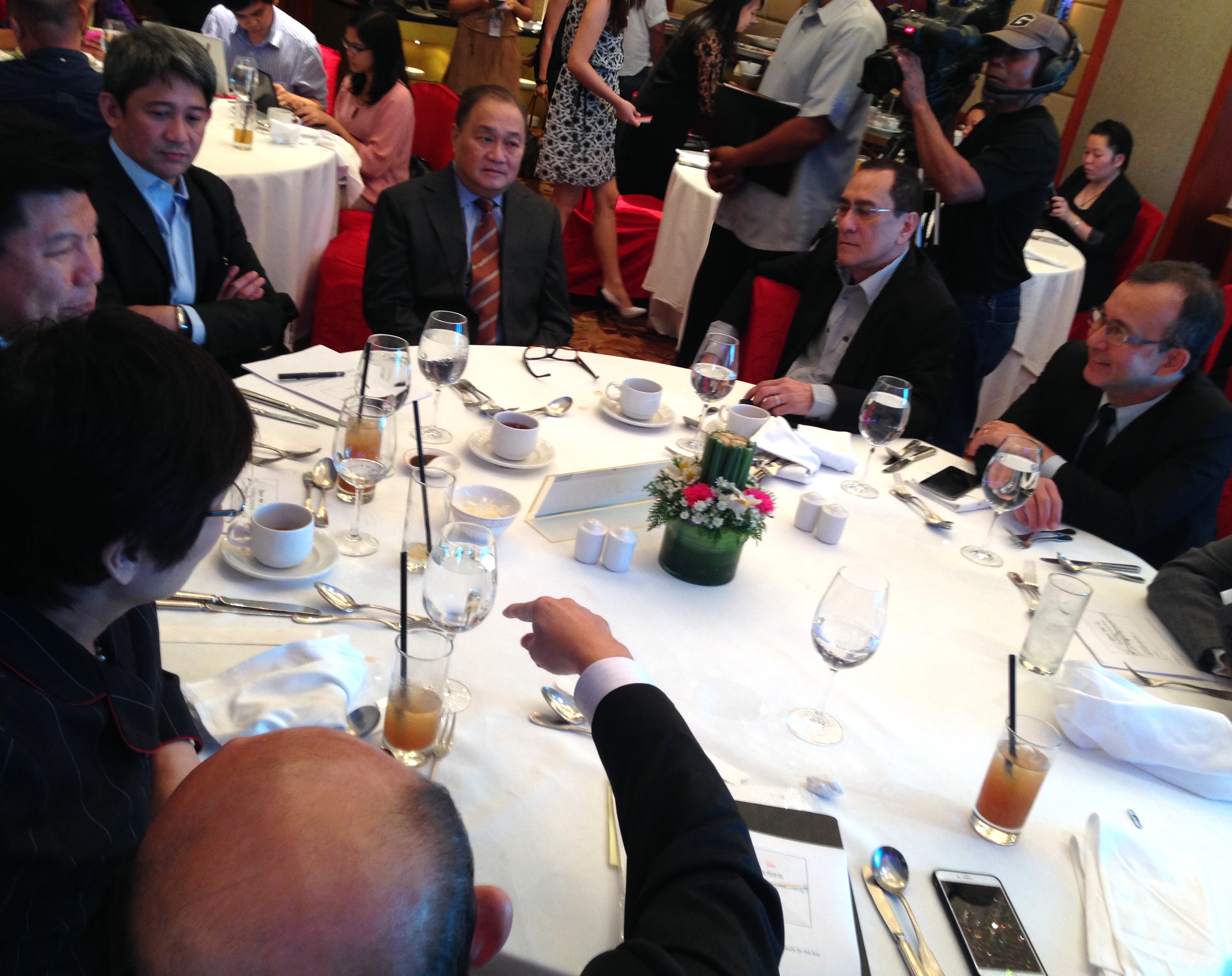 For PLDT, an analyst said it could be “playing catch” on the digital game, while its rival has long been capitalizing on the shift.

“We have fallen off the saddle and it is our intention to climb back,” PLDT Chairman Manuel Pangilinan said in a separate briefing. (READ: PLDT 2015 budget may exceed P40B)

PLDT President Napoleon Nazareno announced in a briefing that it will increase its capital spending budget for the year to P43 billion ($942.20 million) from its initial estimate of P39 billion ($844.77 million).

This will expand both its 3G and 4G capacity as well as data capacity to service growing demand for broadband and data services.

Increased capital spending is expected to continue at least through 2016, weighing on PLDT’s earnings.

The drop in income reflected the impact of PLDT’s manpower reduction program and higher financing costs.

“We want to see Nirvana as soon as we can,” Pangilinan said. — Rappler.com